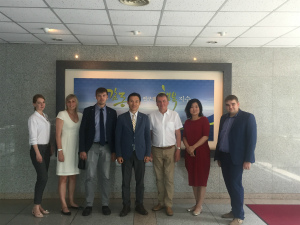 On August 6-8, 2018, Vice-Rector for Scientific Work of MAI, Yuriy Ravikovich, visited South Korea as part of the Russian delegation to develop scientific and academic cooperation.

The Korea-Russia Science and Technology Cooperation Center (KORUSTEC) for the second time organized the experts' visit to leading educational and research organizations. The main purpose of these events is to create a partnership network among young scientists of Russia and South Korea.

Subjects of possible cooperation change annually. This year, the following directions were determined:

The Russian delegation consisted of 6 people. Vice-Rector for Scientific Work of MAI (in the center on the photo) was included in the aerospace research group, along with the representatives of Far Eastern Federal University and Skolkovo Innovation Center. 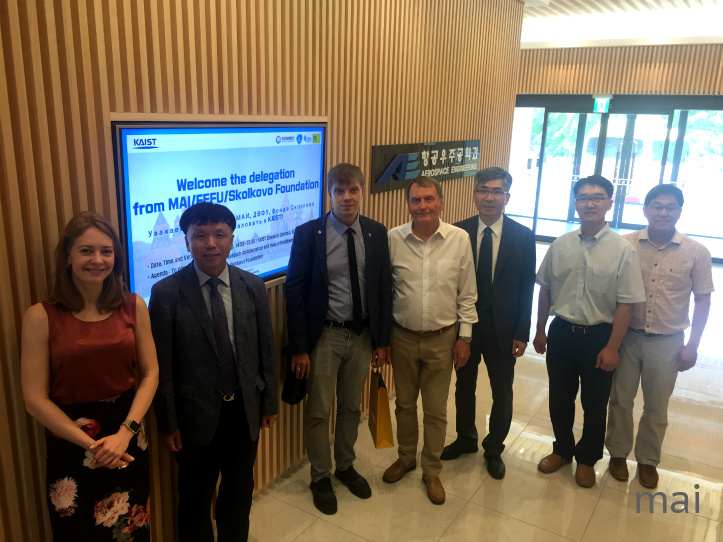 During a three-day meeting, the delegation had visited leading major universities and research centers of South Korean cities - Seoul and Daejeon: two universities, Seoul National University(SNU) and Korea Institute of Science and Technology (KIST), as well as eight research organizations. Among them were such scientific giants as National Research Foundation of Korea in Seoul and Innopolis Foundation in Daejeon .

The Russian delegation got acquainted with the leading Korean developments in the field of Mechanical and Aerospace Engineering. In turn, Russian representatives presented their educational and scientific organizations to Korean colleagues.

“Traditionally in South Korea there were three areas of technology development - automotive industry, electronics and shipbuilding. MAI is a sphere of interest for the Korean scientific community in terms of developing a new aerospace industry. Our expert visit was fruitful, we exchanged useful contacts. I hope that in the future it will lead to cooperation between our countries and organizations in the field of science and technology “, - said Yuriy Ravikovich.

Moscow Aviation Institute has cooperated with KORUSTEC since 2015. In May 2018, the 2nd Korea-Russia Science & Technology Day was held at MAI, during which representatives of leading universities and research institutions of South Korea delivered lectures for students and visited a number of MAI research laboratories.