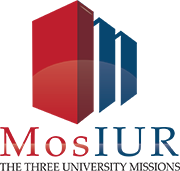 In 2016 MAI adopted a new development strategy, hugely intensifying our presence on a global market. Since then we’ve been developing new programs, connections, inclusive infrastructure and following top trends of the higher education market.

In 2021 MAI entered the Priority-2030 program, aimed at global research and education leadership in key fields of Aerospace markets.

As a result, MAI is now listed in the most prestigious international university rankings:

On its way to national scientific and educational leadership, MAI occupied a strong position in the most comprehensive national academic rankings: