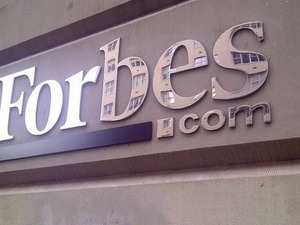 In 2018, MAI is located on the ninth position of the rating in this direction. Also among the leaders of the rating were Moscow State Institute of International Relations, Moscow State University, Moscow Institute of Physics and Technology, Russian Presidential Academy of National Economy and Public Administration under the President of the Russian Federation, Gubkin Russian State University of Oil and Gas and others.

Editorial Staff of Forbes examined the biographies of more than 1,600 representatives of Russian elite. Within the rating, three groups of indicators are assessed: the quality of education, the quality of university graduates, and a special "Forbes factor", which takes into account the "elite" of the institution and the share of entrepreneurs in the total number of graduates.