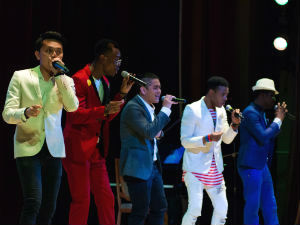 The MAI’s Royal 5´s vocal band brought a lot of positive emotions and one of the loudest of their victories from the Russian Student Spring All-Russian festival, which was held on 15 May in Stavropol. The International Students of an engineering university without core musical education, outstripped a number of titled rivals, students of creative Russian universities, and took the third place in the competition.

“For us, this is the real victory, incredible and so long-awaited”, — said Olga Popkova, the band mentor, vocal teacher and director of the International Students Cultural Center of the MAI, without restraining the enthusiastic notes in her voice.

— We went to such a serious professional competition and dignifiedly defended the honor of the MAI. Of course, this victory really inspired us!

The MAI Students had a very difficult task. After all, the members of the boys-band are foreigners who first came to an unfamiliar Russian city and had to compete with real professionals! It should be reminded that the Royal 5's includes the International Students of MAI Radzvan Siafiq Bin Ramle, Mohamad Fakhri Bin Arif (Malaysia), Kalangula Peter Kalonda (Congo), Arinza Chuks Akhanotu (Nigeria) and the International Student of the D. Mendeleev University of Chemical Technology of Russia Jonathan Macasa (Congo). 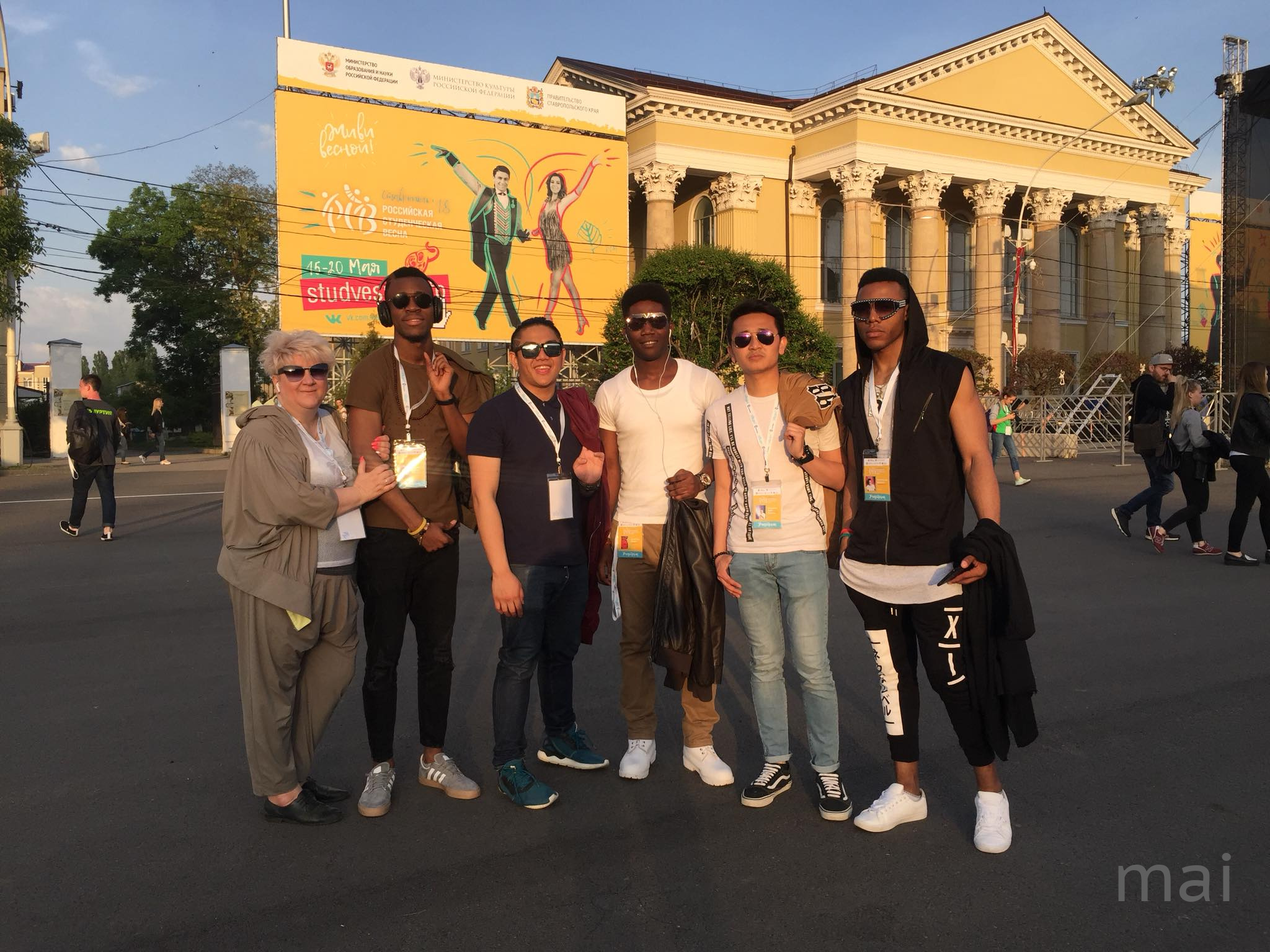 “But Ikki, Radz, Oscar, Peter and John just fascinated everyone with their talent and manner of performance inherent only to the Royal 5's”, — said Olga. “This is really exotic: foreigners with the same feeling and artistry sing a Russian song, and they sing it a-capella”.

For their performance, the magnificent five chose the song “Snow in the Desert Without You” of the Russian band, A-Studio. But the sound was so authentic that the guests did not even recognize the famous hit and were literally bewitched by the Royal 5's.

“The performances were evaluated by a very experienced expert jury”, — recalled Olga. “They analyzed the mistakes and told us how we could improve our skills and talents. I am very pleased that we were appreciated”.

The musical jury of the contest included the vocal teacher, the producer of the Star Factory show Vladimir Korobka, the singer of folk songs Marina Devyatova, the lead singer of the Pizza band Sergey Prikazchikov, the Russian beatboxer, musician and composer Vakhtang Kalandadze and others.

According to the guys' mentor, there was no such band as the Royal 5's at the Russian Students Spring.

“Of course, this is a powerful motivation for future achievements”, — admitted Olga, smiling.

We are proud of our talented band and wish them further success and new peaks!