Traditionally, the MAI Rugby Team is considered the strongest team in such kind of sport among Moscow students. Rugby as a sport appeared at the university more than 50 years ago, and the founder of it was Valery Varinsky, a legendary student rugby coach in Russia. He now trains the Peoples' Friendship University of Russia Rugby Team and, of course, he attended the Open Rugby-7 Cup. Mr. Varinsky trained the current coach of the MAI Rugby Team, Valery Chromenkov, who still maintains the professionalism and prestige of the team. 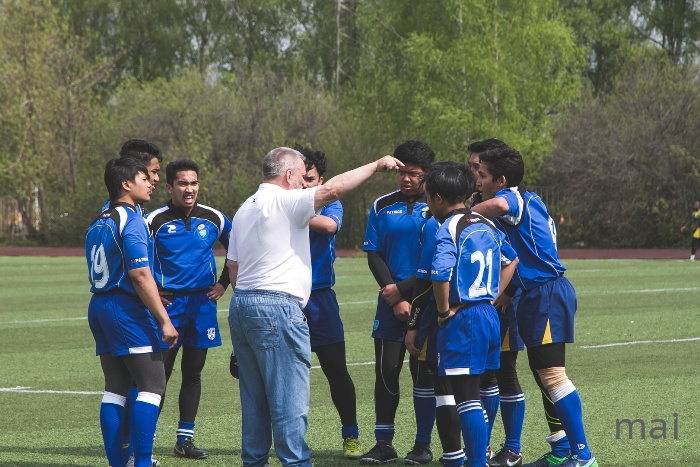 The idea of holding the tournament belongs to the Malaysian students from the MAI Rugby Team. In Malaysia, as in many other countries, rugby is a national sport and every boy plays the game from an early age. It was supposed that Malaysian students would take part in Sports Festival among international students in Volgograd but at the last moment the organizers removed rugby from the program. Young men didn’t lose their hearts and with the help of their coach Valery Chromenkov and MAI International Department decided to make their own Rugby Cup. The students have a large network among international students from other Moscow Universities, who were pleased to participate in the Open Rugby-7 Cup. MMASO appealed to the Malaysian Embassy MARA organization, which is responsible for international students and gladly supports the rugby competition. 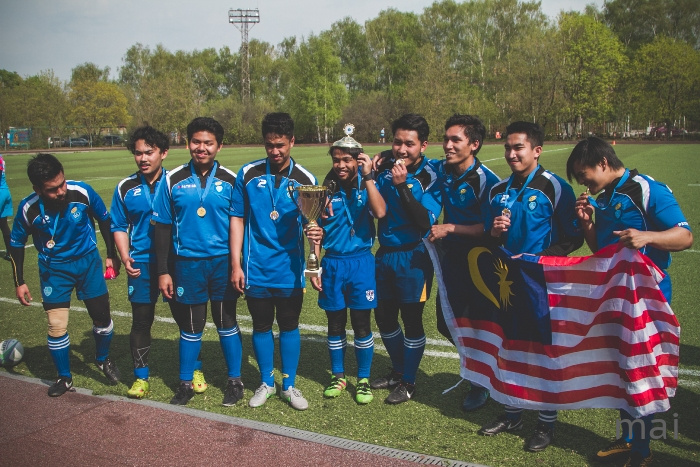 The tournament took place at the MAI stadium “Nauka”. A lot of players’ friends, students and rugby professionals came to support the teams. The Open Rugby-7 Cup was also attended by representatives of the Embassy of Malaysia in Moscow and the Head of MAI International Department Olga Pogosian, who really enjoyed the competition. ‘International students need to create an environment where they can feel comfortable. It is important for us to carry out such activities’, – said the Head of MAI International Department. 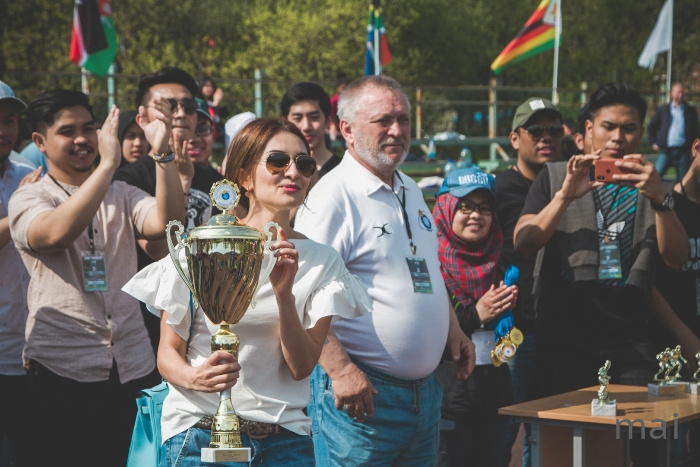 Each team played four games. According to the results, the MAI Rugby Team with the students from Malaysia was the winner. The second place was given to the team of the Peoples' Friendship University of Russia, which was composed of students from the Republic of South Africa and other African countries.  The third place went to the second MAI team composed of Russian students. The best player became Byron Kapomba from the Sechenov University. All participants were satisfied with the game and are ready for new achievements. 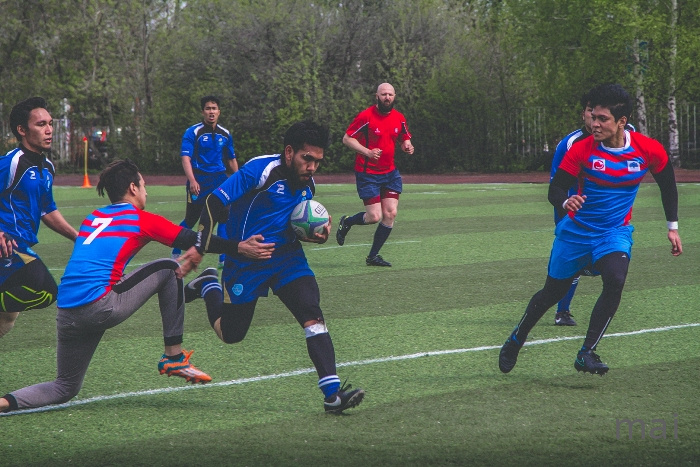 ‘Rugby is love, rugby is life’, – said Adib-Chazik, one of the MAI Malaysian rugby players, an international student of the Aerospace Faculty, – ‘I hope in the future we could organize a rugby tournament for all international students in Russia’. We wish young athletes good luck and implementation of all their future plans!