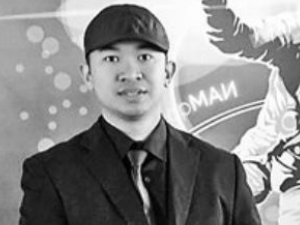 In the recent article of the Borneo Bulletin paper, a Bruneian student of Moscow Aviation Institute preparatory course shares his experience in MAI and speaks about what inspired him to study in Russia.

The idea of studying in Moscow, or the Russian Federation in general, would not be the first choice that comes to mind among Brunei students. Not only it is an unfamiliar study destination, but it also sounds relatively foreign to Brunei students when compared to familiar places such as Australia, the United Kingdom and the United States of America, primarily because of the language and gaps.

But consider these facts. Education in Russia is most renowned for accomplishments within the fields of science and research at the post-secondary level. The country’s extensive influence on this particular discipline is so great that an estimate of one quarter of the total scientific literature in the world is written in Russian.

Aside from being surprisingly unaffected, despite its constant usage among such a vast country, the Russian vernacular is also one of the six official languages of the United Nations.

Khairul Bahzi bin Jomari is one of the two selected Brunei students who recently arrived in Moscow to pursue their studies in Russia.

Currently, he is studying in a preparatory school provided by Moscow Aviation Institute, National Research University (MAI), as he undergoes the Intensive Russian Language Program and looks forward to doing his first bachelor’s degree with MAI.

With the 2018 World Cup around the corner, Khairul told the Borneo Bulletin paper that he is thrilled to be in Russia.

He also expressed his determination to stay focussed in his studies and inspire more Bruneians to study in Russia.

The Borneo Bulletin describes MAI as one of the several major engineering higher education establishments in Moscow. Since its inception, MAI has been spearheading advances in aerospace technology, both within Russia and across the world.

‘With MAI’s background as a leading aviation school, I would like to learn more on how Yuri Gagarin became the first man to journey into outer space in 1961’, – said Khairul.

This year, the Russian government is opening scholarship applications for citizens and permanent residents of Brunei, interested in pursuing further studies in Russia. During the 2018-2019 academic year, one Bruneian applicant will be granted a full scholarship and accommodation at discount prices, for the period of his/her studies. Qualified applicants without sufficient knowledge of the Russian language are obliged to undergo a one-year preparatory course before enrollment in the academic program. The application deadline is May 3, 2018. Admittance regulations can be obtained from the Russian embassy’s website at www.brunei.mid.ru.