The richest Russian businessmen: MAI graduates on the Forbes list 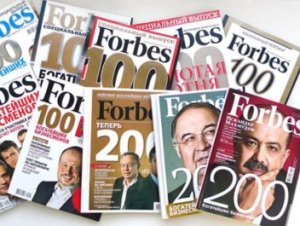 Forbes recently published the list of 200 richest Russian businessmen: three MAI graduates are on that list. Dmitry Ananyev sharply descended from the 59th to the 149th place, Oleg Boyko rose by 9 points and now occupies the 64th place, while Viatcheslav Kantor ranked 29th on the Russian ranking.

Dmitry Ananyev graduated from the Propulsion Engineering School in 1994, and worked in the Technoserv IT company starting from the first years in university. His loss of position in the ranking is connected with the family division of assets after rehabilitation of the Promsvyazbank bank in the end of 2107. Oleg Boyko, a graduate of the School of Aircraft Radioelectronics, worked in the computing center of Moscow State University since the second year of his studies, and after graduating MAI in 1986 continued his education abroad. Viatcheslav Kantor graduated from MAI in 1976 with a systems engineer degree, later in 1981 he defended his candidates thesis in ‘Automatic Control of Spacecrafts’, worked in MAI for several years, then he went into business.

There are many successful people and professionals in their field among MAI graduates. We are very pleased that the education received at MAI allows our graduates to reach success, build a great career, and do what they love.