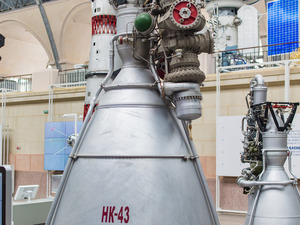 The new Cosmonautics and Aviation Centre opened today, on April 12, in the Space Pavilion No. 34 of the Exhibition of Achievements of National Economy (VDNH). Among the most exciting exhibits of the center are two examples of pioneering work implemented with contributions from the founder of the MAI Spacecraft Engineering School and one of the pioneers of the Soviet applied cosmonautics – Vasily Mishin.

Developed by Korolev's design bureau which is now called Energia. In 1962, Korolev came up with the idea of creating the lunar program. Then it was calculated that this would require five dockings which is rather difficult – what if one of them fails? So, it was decided to design a super rocket N-1 – a rocket with enormous carrying capacity.

Korolev decided to tackle the problem by quantity and placed 30 engines on the first stage of the super rocket. Its carrying capacity was 95 tons. Launch facilities were constructed, four test launches were made. That was in 1969, before the USA’s moon landing. 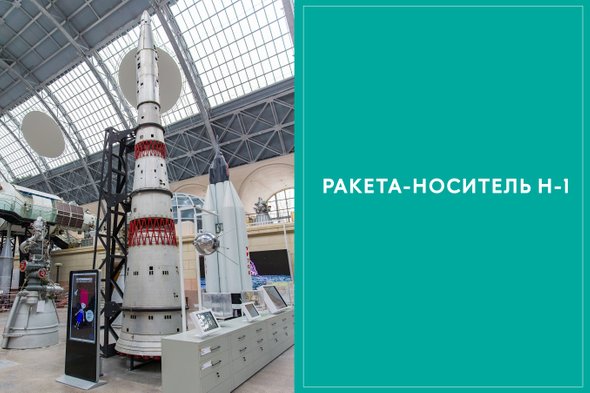 After Sergey Korolev’s decease, the work on creating a soviet super heavy-lift launch vehicle was lead by the MAI graduate, Vasily Mishin.

Unfortunately, all four launches of N-1 were unsuccessful on the first stage. In 1974, the Soviet manned lunar-landing program was basically shut down before reaching its goal. Several years later, in 1976, works on N-1 were officially discontinued as well.

The whole manned lunar program, including the N-1 launch vehicle, was strictly classified and became public only in 1989.

Those were the exact engines that Korolev had wanted to install on the super rocket. They were originally called NK-15 by the initials of Nikolay Kuznetsov – a design engineer from the construction bureau in Samara where they were being designed. 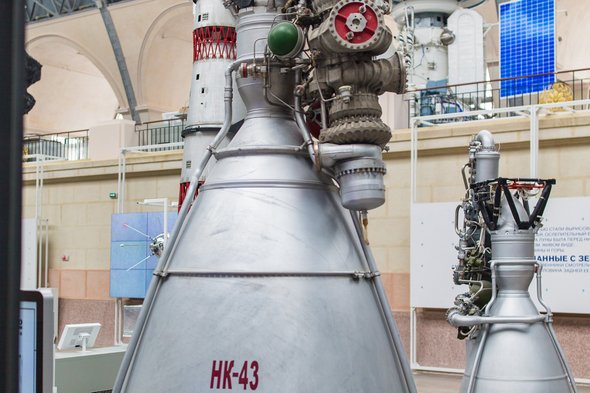 It was after Korolev’s decease and four unsuccessful launches of the lunar rocket that Mishin ordered to redesign the project and make the engines more reliable. The more reliable modifications – NK-33 and NK-43, were made in the Kuznetsov construction bureau. They were checked and tested, but the program was closed, and the engines were not used. For the next 40 years the engines were sealed. Today they are sometimes opened and checked, even burned through, or turned on.