You don't need any other inspiration if you study at MAI


The last day of winter was marked for Moscow Aviation Institute by an important event of an international scale: On February 28, 2018, for the first time in the history of the University, the International department of MAI held an Open Day for current and prospective foreign students.

The interactive form of the event allowed hundreds of young people from all over the world to learn about Moscow Aviation Institute, be inspired by the communication, gain a powerful boost for obtaining a prestigious education in the area of high technologies.

The event was opened with the acquaintance of the prospective foreign students of MAI with Dr. Mikhail Pogosyan, Rector of the University. Dr. Pogosyan addressed the students and emphasized that fundamental training is the strength of the Moscow Aviation Institute. Modern technologies, which MAI students are also studying, will allow them to use their skills in the most advanced fields of knowledge. 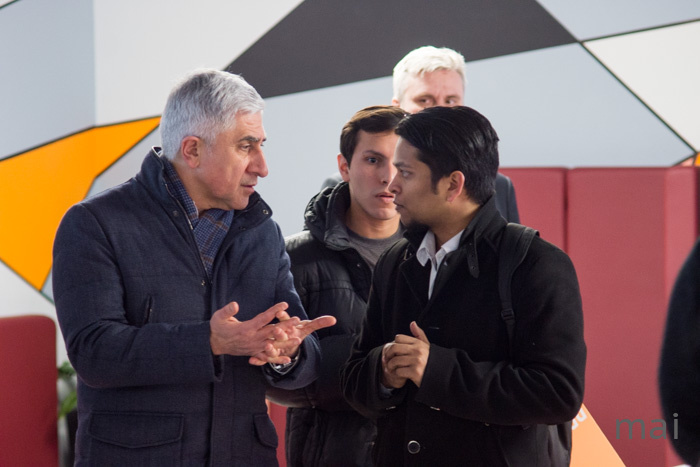 “A change in the educational path is possible for foreign students of the University throughout the entire training process, the Rector emphasized,” MAI approaches a change in the program courses and you can always choose and modify the direction of your professional development.

At the end of his speech, Dr. Pogosyan told the audience about the numerous international projects that are being implemented on the basis of MAI, and the successes of foreign university students, who are in demand in the world's leading corporations.

The meeting continued with a conversation and a series of questions to the Rector, and prospective students were interested in practical issues related, for example, to the possibility of implementing interdisciplinary projects by students of MAI, and more general topics. For example, an applicant from Myanmar was interested in aspects related to digital transformation and the opportunities that the university offers today for studying information technologies. 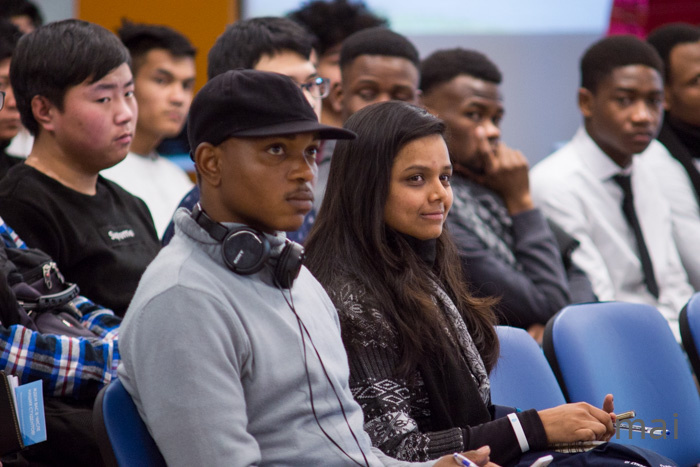 Afterwards, the Open Day for foreign students was marked by acquaintance of the guests with the faculties and institutes of MAI. Presentations began with a speech by Sergey Pakhomov, a PhD student of MAI, representing Faculty No. 1, Aircraft engineering. In his speech, Sergey told the audience not only about educational programs and laboratories, but also about student life at MAI, and also stressed the role that foreign students play in the development of the University.

“MAI students who came to study in our country from other countries are distinguished by their sociability and willingness for communication,” said the representative of Faculty No. 1. “This opens up opportunities for joint projects and research”. 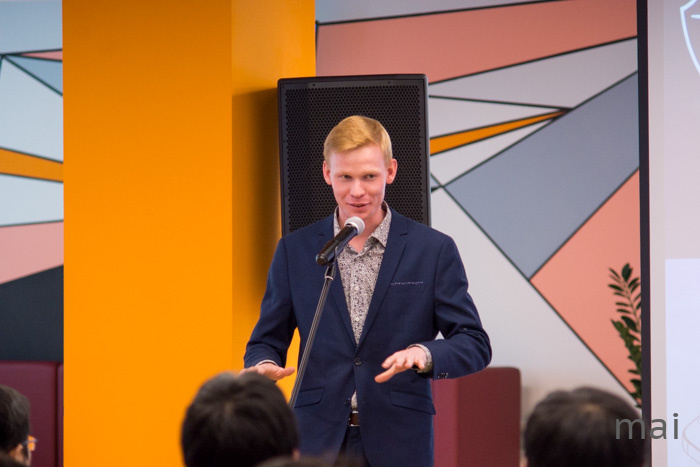 The representatives of Institute No. 2 “Aviation, rocket engines and power plants”, Institute No. 3 “Control Systems, IT and Electric Power Engineering” and Aerospace Institute No. 6 also presented their Institutes. The three presentations were held by the current foreign students of MAI, which were especially important and interesting to the audience: Praveen Sankaran, Fam An Tuan and Erick Dominguez. For example, Praveen, from India, inspired the guests of the event with a story about his impressions of the MAI laboratories.

— The labs here are like a Disneyland, Praveen remarked jokingly. - In MAI you are often surprised and you can not even believe that all this really exists and is available for study. 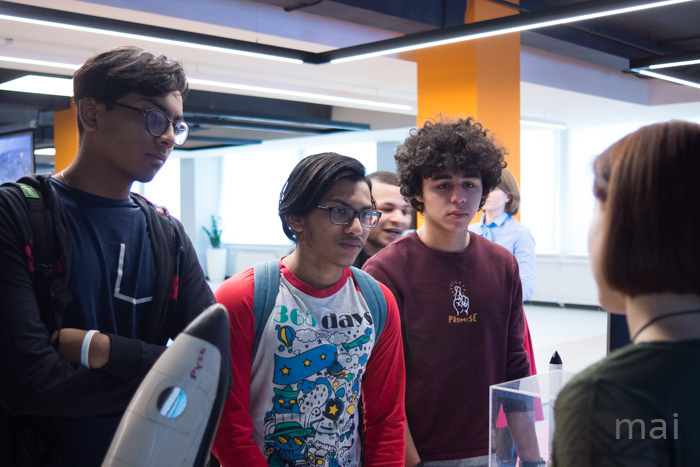 Inspired by a warm welcome, a student of the Aerospace Institute noted that studying at MAI was in itself an inspiration. "You do not need another inspiration anywhere else, if you study at MAI," concluded Praveen.

At the end of the presentations, during which a lot of foreign MAI students demonstrated their Russian language skills, the Open Day continued with a tour to the faculties and the unique laboratories of the University.

Saying goodbye to the representatives of faculties and institutes at the end of the tour, the guests noted that they dream to return to MAI in order to continue their education here and get a major that is in demand in the field of high technologies.