Made in MAI: Transformers for Space Exploration


Space exploration requires solving multiple problems and tasks. One of them is how to design, construct and deliver structures and equipment for organizing comfortable living space for astronauts. The principal influencing factor is the limited payload of launch vehicles and long-flight spacecraft.

The possible solution is to use quick strike transformable constructions that could be easily packed into a space transport module and automatically deployed after reaching the destination point.

This type of structures is aimed at long time keeping of the specified shape and size for making it comfortable and safe for humans staying inside it.

Experts assume that this is the best approach for the future solutions in the space industry as it can provide the better volume to weight ratio than standard rigid metal structures that are highly important for interplanetary missions as well as Lunar and Martian habitats constructions works.

The ultralight transformable multilayer shell-type constructions could be deployed by inflation or by the powered drive. The shell is made of the composition of film polymer, fabric, and composite materials.

Scientists from Moscow Aviation Institute from Department “Technologies for composite materials, structure, and micro-systems” do the research and practical experiments in this theme by order of the aerospace agencies form the United States, Europe, China, and Japan as well as a number of private companies like Bigelow Aerospace. Some samples have been already tested on near-Earth orbit.

Undergraduate, graduate and postgraduate students with the specialization in “Prospective polymer composite materials, structures and technologies” have an opportunity to join the research project implemented jointly by our university and RSC Energia for several years.

The key feature of the technology developed at MAI is the complex use of proprietary polymer composite materials such as elastic hardened-by-stimulation films and thermal shape memory polymer for constructions with micro sensors for condition monitoring. 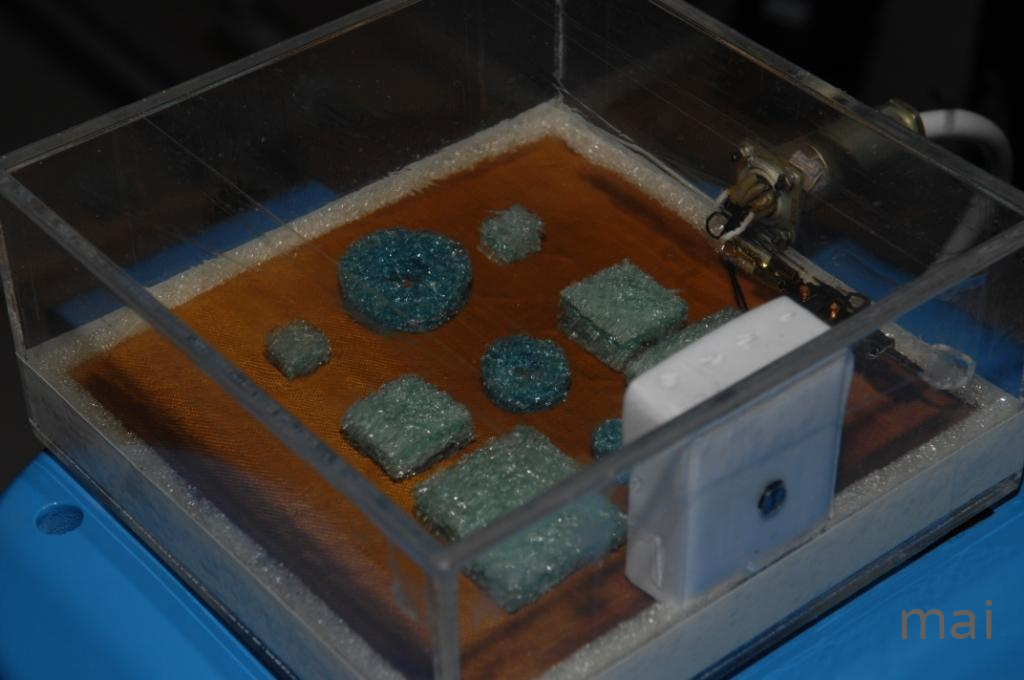 Prof. Pyotr Babaevsky, the head of the department and Prof. Nikolay Kozlov professors head the works.

They are sure that usage of the hardened shell and rigid tubular frame with joint-hinges made of polymeric composites with shape memory effect will reduce the power consumption for maintenance of pressure inside the shell in comparison with the solutions with the unhardened elastic shell. Also, the usage of the hardened shell will increase the stability of the structure to external influences.

“Our works focus on self-hardened materials based on high-strength fabric with impregnating polymer mixtures,”– Prof. Pyotr Babaevsky explained,–“At n the initial state, these materials are elastic, like a rubberized fabric. They are easy to process of making the elements for the whole multilayer shell.

The finished shell can be compactly packed layer-by-layer, easily deployed at the desired position and fixed by hardening of the shell’s material.

The hardiness can be obtained by chemical or physical transformations of the impregnating mixture under the influence of space factors - vacuum, solar radiation, or due to internal heating.”

Several years ago the MAI scientists in cooperation with their colleagues from NPO Lavochkin have developed and tested the manufacturing technology for ultralight inflatable self-hardened construction unit in the scope of the “Solar Sail” experiment implemented jointly by Russian and French engineers.

MAI scientists do also the research works on the development of joint-hinges for tube frames for transformable space units like solar cells, solar power concentrators, radiolocation antennas. These joint-hinges are made from multilayer polymer composite materials with shape memory effect. The materials can reversibly change and restore the original shape when being heated to a certain temperature and fix it when being cooled. The joint-hinges operate as actuators providing folding and unfolding for the whole construction.

Previously the actuator springs were used for these purposes. Using the active joint-hinges allow increasing the reliability and stability of space constructions.

Scientists have also developed rigid foamed plastics with thermo-activated shape memory effect, the ability to restore the original shape at heating and fix it while being cooled from the compressed state used for transportation. The compression ratio is up to 10 times.

This type of material is to be used for triple-layer (sandwich) structures that are prospectively used for spacecraft.

The shape memory effect of the materials developed at MAI was testes onboard the International Space Station in 2009 and 2012. 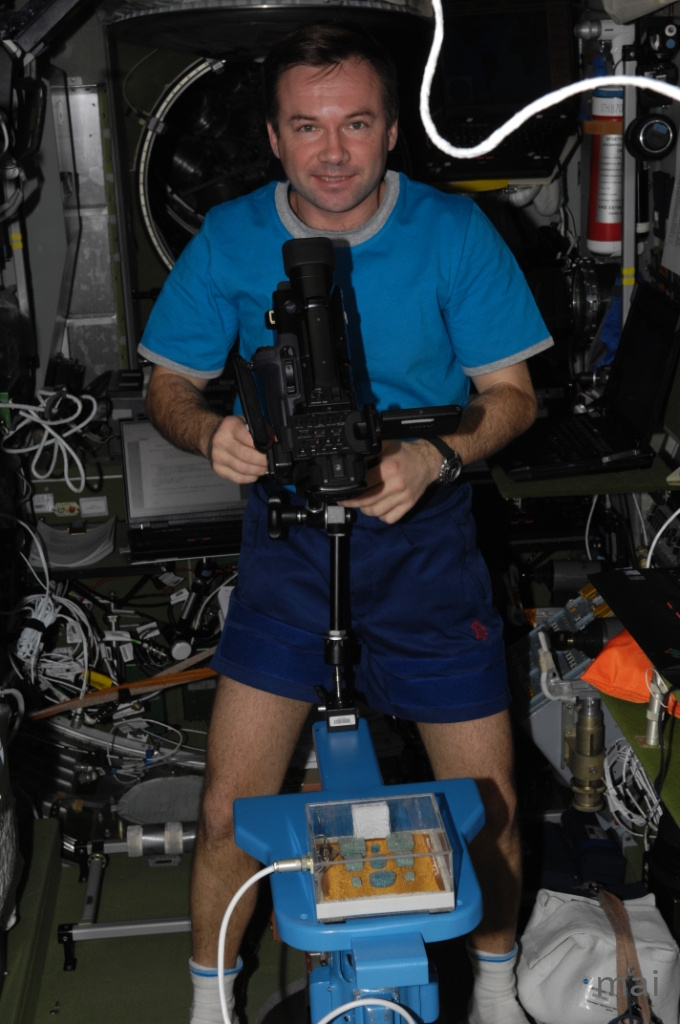 The team in collaboration with the faculty members from MAI Department “Technologies for avionics and control systems of flight vehicles” do the research works on the development of micro electro-mechanics systems used for built-in sensors and electro-activated actuators.

Pyotr Babaevsky supposes that the combination of electro-activated actuators with active joint-hinges can be used not only for spacecraft but also in the aviation industry, in particular, for unmanned flight vehicles.