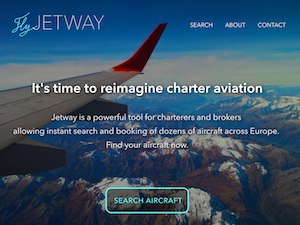 – I'm a little crazy about aviation – says Igor Grigoriev as if it were something unusual for the Aviation Institute. However, quickly it becomes clear that this is really unusual – fourth year student of the faculty “Applied Mathematics and Physics” knows a lot about international aviation market and fleet.

– Yah! Well, what about the air force in Somalia? – I am interested in disbelief.

– Jubba Airways is dreggy as the country itself. It is registered in Sudan and deals with very old machines. There still is Daallo Airlines – the last commercial operator of IL-18, – says Igor and immediately responds: – Honestly, I do not advise to fly there.

– It is not necessary to fly to Somalia – I said trying to hide my confusion. – Cayman islands?

– National Cayman Airways deals with Boeing 737 classic series and some new planes they buy in the USA. What is funny about the Cayman Islands: hundreds of business jets scurry to and fro around the world under its flag.

– Are there any countries without their own airlines? – A tone of my voice goes respectful. – Liechtenstein, San Marino, Vatican City – all small countries, – Igor smiles. – They are absolutely not interested in our project.

The idea of Jetway appeared when Igor faced the difficulties in organizing trips for children to the camp. When he was a schoolboy he could not understand why the process of charter reservation is so long and the prices are so high. Igor realized that he needed to create a platform where the user could order the aircraft charter.

– Can you imagine how difficult it is to order 100 flight tickets for a sports team or a theater group? It’s almost impossible to buy 100 tickets on a regular flight, so you have to deal with charter agents. But they take a large commission and even operate unfair. Jetway makes the agents’ work process automatically: application provides the customer to analyze the available charter flights. Long waiting confirmation of the order is also reduced – five hours instead of the usual three days. It took us 2 years to create the project: it was necessary to study the market carefully and that was the most difficult thing. Also we had to establish contacts with the airlines in order to provide us with the information. Company representatives know agents personally and they trust them. They weren’t full with the enthusiasm to share the information with young start-upers.

Nevertheless, Igor and his team featuring Oleg Mingalyov (MAI student), Ilya Kiselev (Amherst College), Oleg Ivanov (Moscow State University student), Vitaly Pavlenko (Skolkovo Tech) and Anna Selyuginoy (HSE student) succeeded. Their startup is about to launch. First of all the project will be released on the European market – and there is a better charter market and airlines are more inclined to cooperate. Oddly enough there are no analogues of it. As Igor says online ordering sites exist but in fact the same old agents use them.

Igor’s knowledge of international aviation transport systems is brilliant. In 2015 his team came to Lisbon Challenge.

Igor is grateful to Lisbon accelerator where the guys were helped to arrange the business model and understand UX (user experience, perception and response actions of the user during the use of the product – approx.) That was one of the reasons why they decided to start in Europe. The project is invested with the Igor’s own savings and he plans to determine the sponsors.

– The problem of all start-ups is that when mention capitalization but neglect their zero liquidity. I can say that start-ups on the same stage as ours have an average assessment of about two million dollars. But these are ephemeral figures. Igor’s start-up is not a “unicorn” – the market is too narrow. He has plans for further growth not including the charter industry. It will be difficult, says Igor: a huge market, cruel rivalry.

– Is it worth doing? Get a job in Google! – I asked sharply.

Igor replies immediately: – Everyone would like to join Google, Microsoft, Facebook, Kaspersky, and Telegram. These are corporations where you coin money and have stability. However, it’s difficult to explain what you're doing out there, – he grins. – I'm not so interested in being a pure developer. I like the product management, marketing and I do not want to just write codes bringing another’s ideas to life.