MAI will train volunteers for the FIFA World Cup 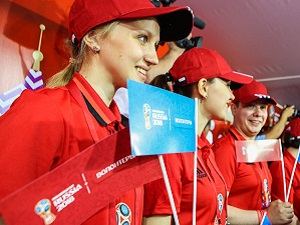 Moscow Aviation Institute (National Research University) won the right to open a training Center of the capital volunteers for the FIFA World Cup, which Russia hosts in 2018. It was reported by the news portal of Sever Stolitsy newspaper.

Mosvolonter center is the operator of the training for volunteers in the capital. The organization announced a competition for educational institutions and public organizations in September. Among the winners who got the right to open the centers there are MAI, Moscow Institute of Tourism Industry, Moscow Polytech, I Medical University named after I. M. Sechenov, MIET, MGTU named after N. E. Bauman, MIREA, schools 572 and 1293. Volunteers will also be prepared on the base of public organization "Progressive youth".