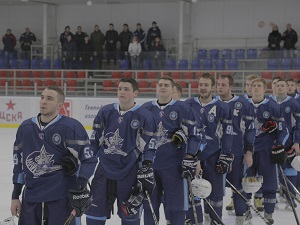 Games of the third round of the Western Conference of the Student Hockey League took place in the town of Peresvet (Moscow region) from 25 to 27 November. The tournament held six matches, which were attended by teams of the Moscow Aviation Institute, Nizhny Novgorod State University named abfter N. I. Lobachevskiy, Smolensk State Academy of Physical Culture, Sports and Tourism, and Tver State University.

The right to host the third round of the Western Conference Championship of Student Hockey League was entrusted with MAI.

The fight was fierce and uncompromising. As a result, our team Aviators managed to take the second place, losing only in the final match to their rivals from Nizhny Novgorod with the score 4:6. However, despite the defeat, scoring for the Aviators occupies an intermediate first place in the Western Conference SKHL.