Education of the future: what MAI offers to Shanghai? 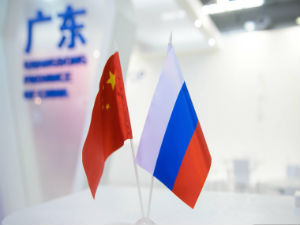 November 2016 has become a busy month for the Moscow Aviation Institute (National Research University). And it was busy not only with a large-scale III International week of aerospace technologies "Aerospace Science Week", but also with implemented international projects. For example, launch of the programme for refresher training of the COMAC employees — Corporation of civil aircraft production of China. Darya Vorobyova, Deputy Head of Department 101 "Design of Aircrafts" shared the results of the first educational projects of MAI in Shanghai with a reporter of www.mai.ru. The area of MAI interest in China appeared to be much wider than providing educational services for the industry.

The language barrier exists not only in private communication, but in professional communication as well. Russian and Chinese engineers, working on the joint projects, often face particular problems due to the difference in conceptual apparatus, their experience and engineering tradition. MAI suggested their solution — a series of theoretical courses in several priority areas, and the first ones were "Integrated avionics" and "Design of composite structures for civil aircrafts". MAI professors went to Shanghai for a week where they delivered lectures to the engineers of the COMAC company.

The survey at the end of the first week of training showed that Chinese engineers gained a better understanding of their Russian colleagues. “We started to speak the same language — Darya Vorobyeva observes. — This means the selected MAI’s strategy is fully justified. In the nearest future representatives of MAI and COMAC will agree on the time and dates to continue two-week master classes in Moscow. And then MAI professors are expected to come to Shanghai again.

Chinese soil turned out to be fertile for MAI. The University moved from professional training projects to exploring educational programmes with other universities. So, as a result of the working visit of the rector Mikhail Pogosyan to the Shanghai Transport University (SJTU, one of the top 100 according to QS) the universities agreed to establish a joint aerospace school.

There’s also training of bachelors, masters and engineering managers in the educational agenda.

This format, according to the curators of the aerospace school, will allow engineers to learn how to work effectively on joint projects, undertake research to find solutions to complex engineering and management problems. To date, this approach formed the basis of the model "University 3.0".

— We have to teach our students to effectively engage in teamwork in an international team — Darya Vorobyeva outlines the range of tasks.
— From our point of view, this is a key to success of large joint projects.

However, it’s not about training of narrowly focused specialists in the field of aerospace. According to Darya Vorobyeva, MAI and Shanghai Transport University (SJTU) will train engineers with a broad set of competencies.

— We plan to train professionals with a broad outlook and an in-depth knowledge in several areas such as managing of a product lifecycle and design of composite materials structures, — Darya Vorobyeva says.

This educational programme will be a project not only for MAI students — talented students from other Russian universities, such as MIFI, MSU, MGTU named after N. E. Bauman and others are invited to study for this master degree. According to Darya Vorobyeva, the project will include only the best of the best and there will be a tough and rigorous selection process.

— There’s also a plan to implement Aerospace MBA programme within the aerospace school — Darya Vorobyeva says.
— This programme is flagship; globally there are only a few business schools offering a similar product. Now MAI and Shanghai Transport University (SJTU) launch a business program, designed for the top managers of the partner companies.

— MAI competence in the field of aerospace technology is appreciated all over the world. That’s why we are not surprised by the interest of Shanghai Transport University (SJTU) to our University. — Darya Vorobyeva says.

A joint project of the aerospace school of the two universities will start in September 2017. The documents detailing the terms of collaboration and approved curriculum will be signed in March.