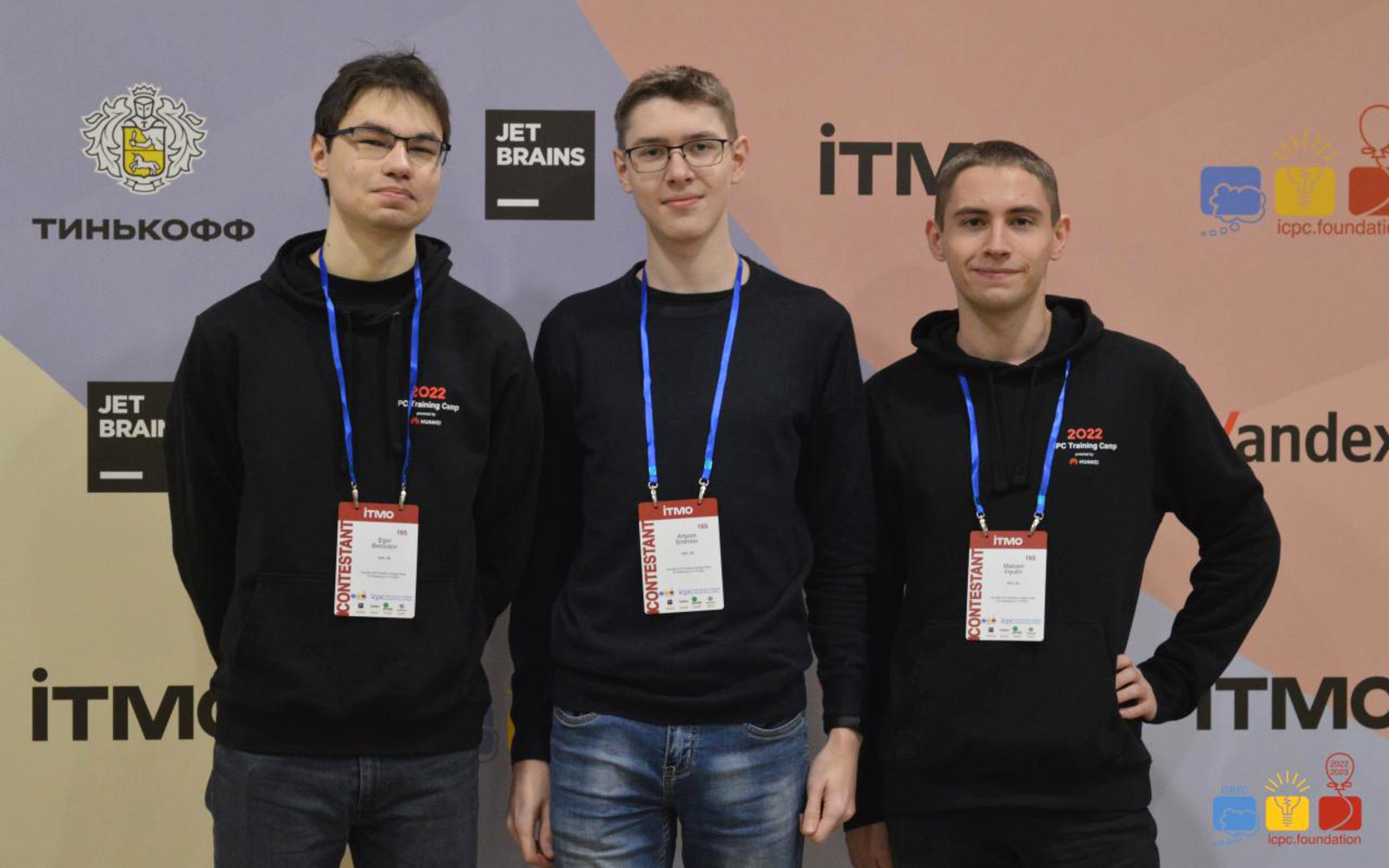 Representatives of universities from Russia, Belarus, Kazakhstan, Uzbekistan, Kyrgyzstan, Georgia, Armenia, Azerbaijan met in the final. The MAI team consisting of students of the Institute No. 8 "Computer Science and Applied Mathematics" Maxim Inyutin, Egor Belousov and Artyom Smirnov managed to get around the rivals and win the66 prize.

The team leader is Valentin Zaytsev, Associate Professor of the Department 806 "Computational Mathematics and Programming".

“The participants of the competition must have deep knowledge of computer science and mathematics, have the skills to compile and analyze effective algorithms, have experience in programming, testing and debugging in conditions of severe restrictions on memory resources and processor time," commented Valentin Zaitsev. — Another important requirement is the well-coordinated work of three team members on one computer, because the success of the team depends on their teamwork and skillful interleaving in conditions of the fiercest competition. They should be able to instantly change from a mathematician's tailcoat into an algorithmist's suit, quickly change a programmer's particular dress for tester’s and debugger’s outfits.

For more than 40 years, the Department 806 "Computational Mathematics and Programming" has been preparing for programming olympiads, regular training sessions, training camps and topical practices.