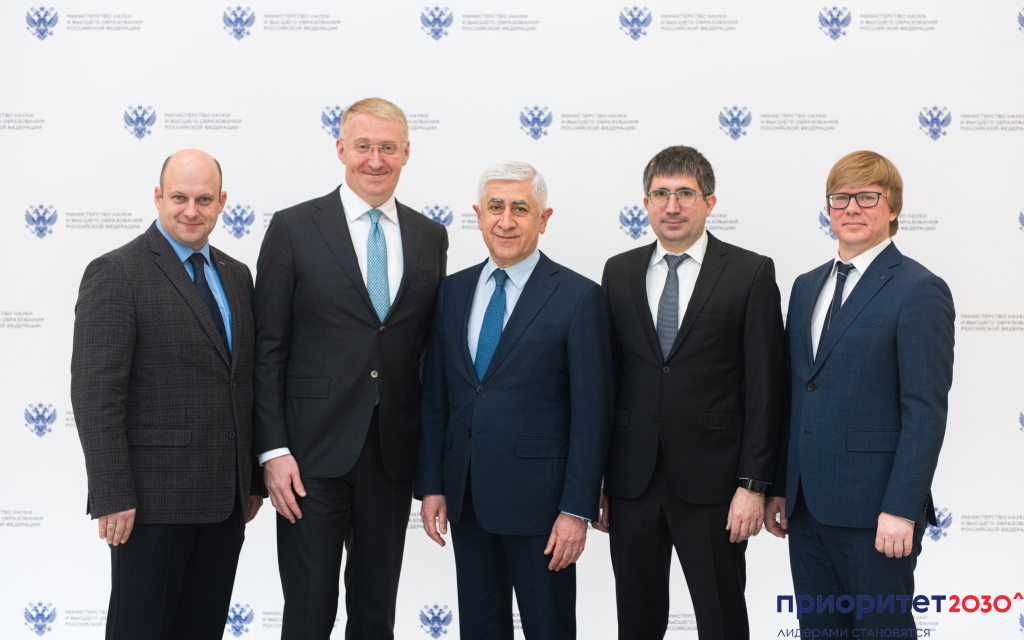 The results of the selection among universities participating in the “Priority-2030” program of the Russian Ministry of Education and Science for the special part of the grant were summed up. 48 universities from 22 regions became the recipients of the special (increased) part of the grant. Moscow Aviation Institute confirmed its leadership and entered the 1st group of grant recipients.

Since 2021 MAI has been receiving a special part of the grant for the "Industry and (or) territorial leadership" track. Among the most important tasks of the University there are the formation of a new model of interaction between the university and the industry through the implementation of civil aviation complex projects and programs as well as other promising areas.

– The key task of MAI within the framework of the “Priority-2030” program is to ensure the competitiveness of Russian aerospace industry. We managed to achieve significant results for all strategic projects. We build deep interaction with industry enterprises to ensure rapid adoption of technologies. One of the important tasks for 2023 is to increase the University’s capacity and transform the University’s activities and development strategy in accordance with new challenges.

MAI participates in MS-21, CR929, Sukhoi Superjet New programs and in projects aimed at advanced helicopters and spacecraft creation. During the implementation of the “Priority-2030” program, the volumes from the implementation of research and development work at the University increased by more than 25%.

In the area of remotely piloted aerial systems (RPAS) MAI activity is aimed at formation of integrated services and include work from design to testing and certification.

– New approaches to the training of specialists have been introduced at MAI. They are based on forecasting the development of markets, technologies and the personnel needs of the industry. The coverage and demand for the University's FVE programs have increased 3.5 times,” said Mikhail Pogosyan.

Briefly about the results:

As part of the strategic project “Future Aerospace Markets-2050”, in 2022 MAI participated in all significant programs in the aircraft industry that are implemented by the “United Aircraft Corporation”. As one of the examples of the developed and implemented technology, we can present the SSJ-New aircraft wing skew control system. The created complex measures the flaps and slats position and promptly warns the aircraft control system about the resulting distortions.

As part of work on the wide-body long-range CR929 aircraft, a set of works was carried out to ensure the static and dynamic strength of aircraft.

Within the framework of the same strategic project, MAI carried out the development of “Creation of training and research system for the weight design of aircraft” digital platform. The project is aimed at modeling and controlling weight characteristics when designing a high-tech industrial product (aviation complex). 26 certificates of registration of computer programs have been received, work is underway on the test implementation of the complex. Among the main consumers therer are Sukhoi, Ilyushin, Irkut corporation, Almaz Central Design Bureau.

Within the framework of the strategic project "Airmobility", MAI, together with the partners, participated in the formation of integrated services and services based on unmanned aerial systems (UAS), and increased the volume of R&D in the field of UAS by almost three times.

To ensure work at all stages of the life cycle of RPAS creation, a Certification Center is being created at MAI, launching fundamentally new business processes and consolidating the capabilities of the university's test base. As part of the deployment of MAI infrastructure necessary for the widespread RPAS use, the program was launched to develop the RPAS test site at MAI Alferyevo airfield, which will significantly expand the possibilities for conducting flight tests and certification.

The university has also developed a series of RPAS for agricultural companies.

As part of the strategic project "Digital Personnel Platform", MAI is developing the unified digital environment where, together with employers, qualification requirements are formed basing on forecasts for the development of markets, technologies and personnel needs of high-tech industries.