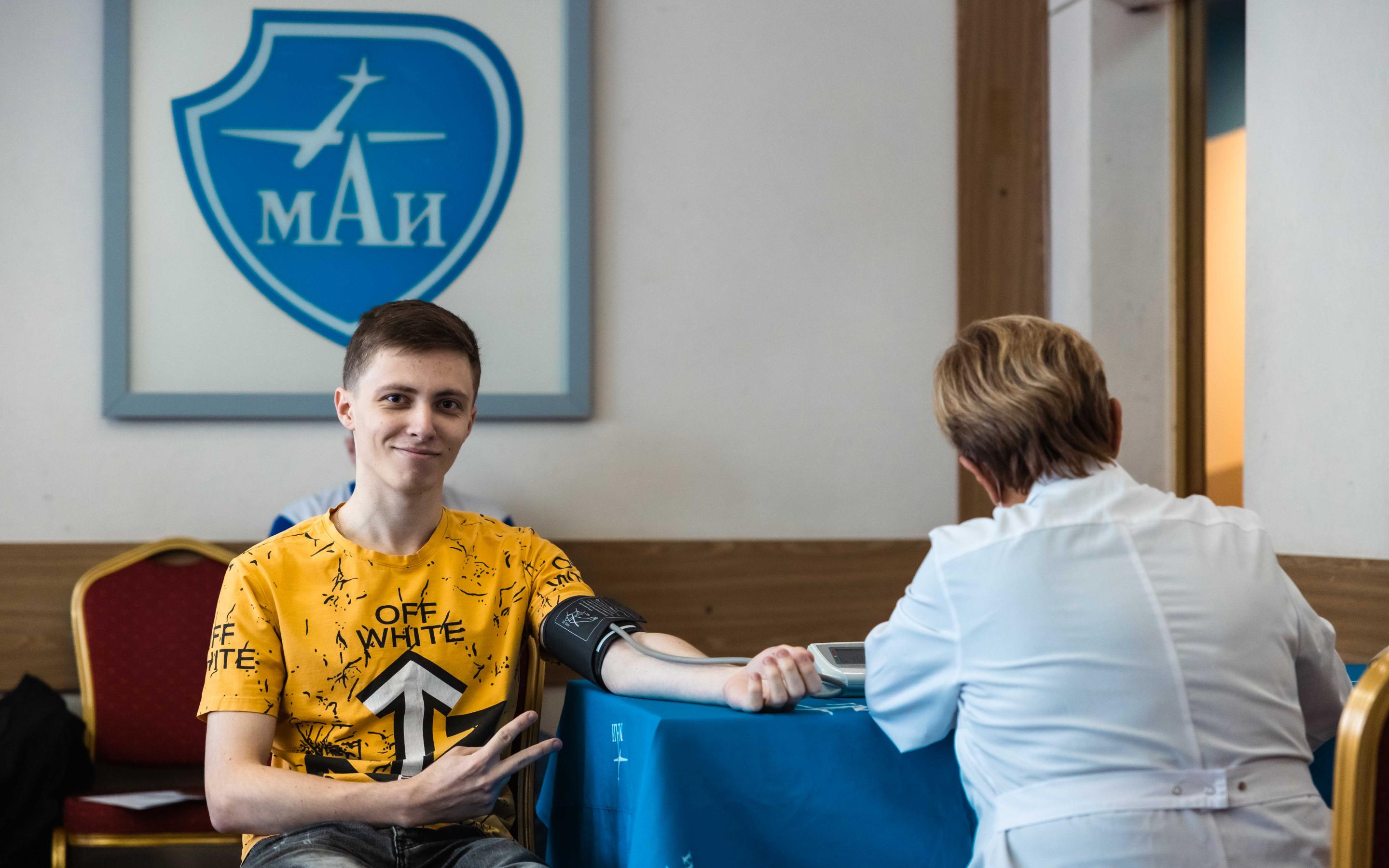 365 students and employees of Moscow Aviation Institute took part in "MAI Donor Day" on October 10 and 11 at the Palace of Culture and Technology. 251 people became donors.

The organizer of the annual event was the MAI Student Center for the Development of Volunteerism and Initiatives together with the Blood Center named after O.K. Gavrilov.

– 113 liters of blood were collected during the campaign, – said Elena Yankova, Head of the Center for the Development of Volunteerism and Initiatives of MAI Students. – This is enough to save 753 people - three lives by each donor.

The partners of the donor campaign were the Moscow RO Soyuzmash of Russia, the RNIMU of the Ministry of Health of the Russian Federation named after N.I. Pirogov, the National Fund for Health Development.

Donors who donated blood received food stamps to the Icebreaker canteen, souvenirs from partners and compensation from the Blood Center named after O.K. Gavrilov.