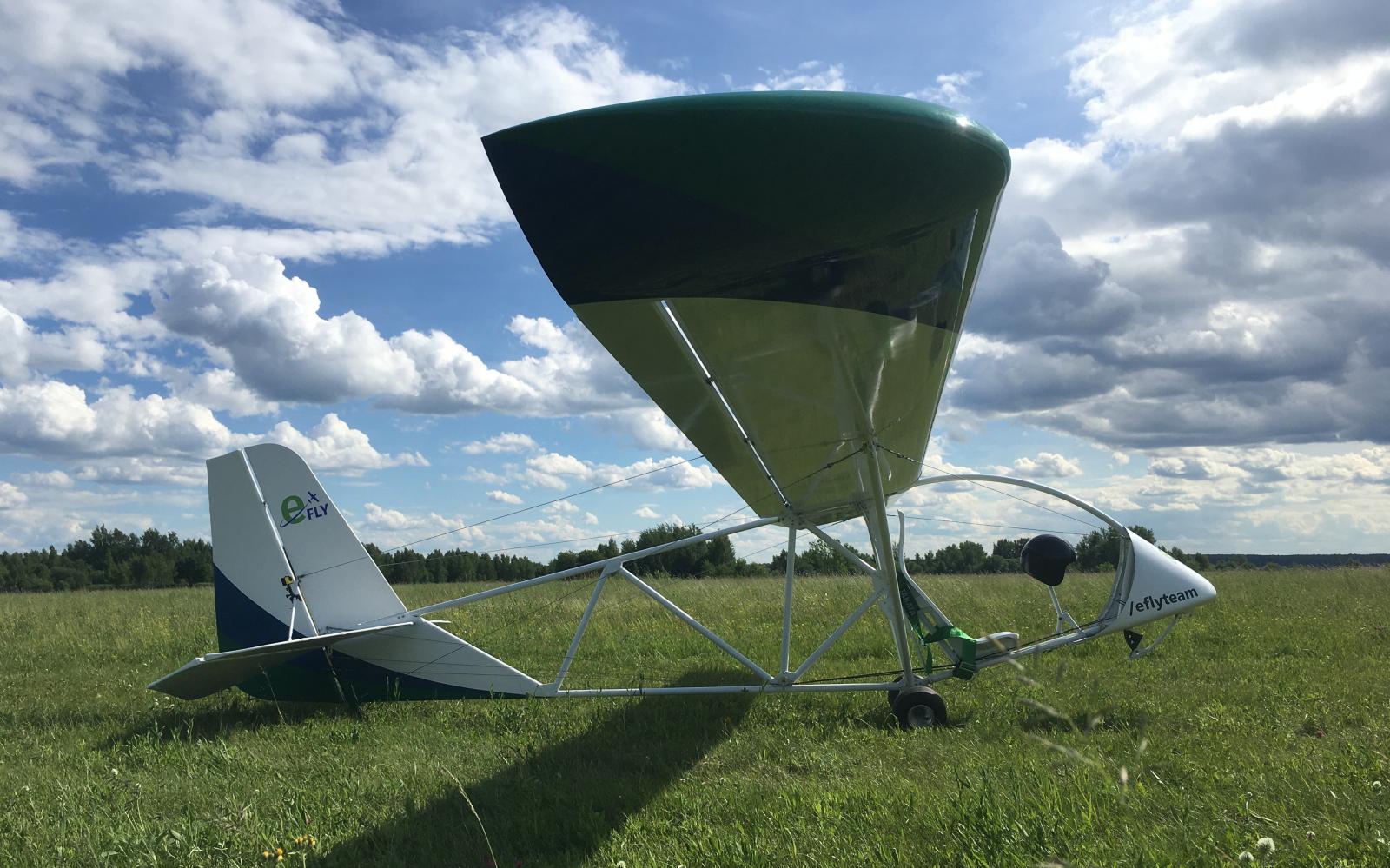 MAI team developed a single-seat EFLY-1 training glider aimed at initial flight training. Similar aircraft are used in glider schools. Now the experimental flight model is tested. The airframe is produced of Russian-made materials entirely.The aircraft is easy to operate, it has a sensitive and smooth ride, and good amortization. The seat of the aircraft is adjustable depending on the height of the pilot. The combination of metal and composite materials gives the structure long service life and good maintainability.— The peculiarity of the airframe is in its flight, technical and operational characteristics, which allow it to be used for initial flight training. Such gliders are used in youth glider schools, where children starting from the age of 12 study, - says Kirill Balyasny, the project participant, the engineer of the research MAI department 203 "Design and engineering of engines".The team consists of MAI employees and graduates: Kirill Balyasny, Alexey Sychev, Dmitry Borisov, Sergey Tolkach, Konstantin Kuznetsov. "MAI provided us with knowledge and united us with our common idea," Kirill Balyasny notes.The main idea of the project is to make initial flight training available. According to the developers, the cost of the model is about 1 million rubles. EFLY-1 has small aerodynamic quality of 12 units, which makes it possible to train takeoffs and landings better. Large aerodynamic rudders provide effective control at low flight speeds. Smooth stall characteristics of the profile ensure stable parachuting with loss of speed. The ailerons located along the entire wingspan lean differentially (up — more, down — less) and allow the pilot to fend off the stall on the wing.When wings and tail are folded (without undocking the control system), the glider takes up minimum of space during storage and transportation (it is transported on a trailer easily).As Kirill notes, the only analogue existing in Russia is the Bro-11MS glider. MAI aircraft significantly surpasses it in terms of flight-technical and operational characteristics, has greater survivability and design life due to the combination of composite and metal materials.