Six months in orbit: Dmitry Petelin, MAI resident, speaking about the way to his dream of becoming a cosmonaut 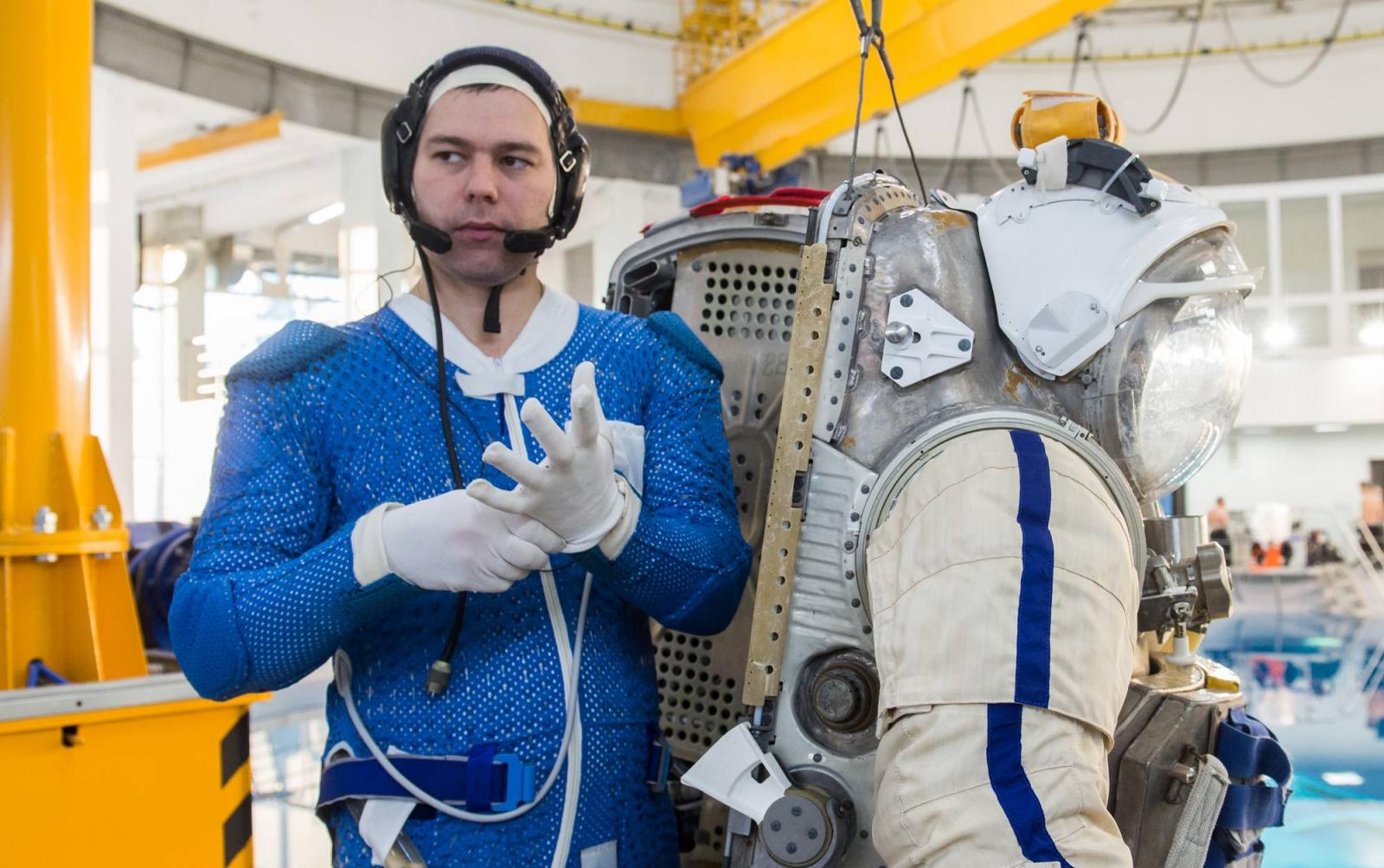 The launch of the “Soyuz MS-22” manned spacecraft, named K.E. Tsiolkovsky, in honor of the 165th anniversary of the birth of the outstanding Russian scientist and ideologist of space flights, is scheduled for September 21. Dmitry Petelin, the graduate student of Moscow Aviation Institute, will go into orbit and become the 130th Russian cosmonaut. The upcoming launch will be the first in his career.

Dmitry Petelin has been in the Russian cosmonaut squadron since 2012. Dmitry has been preparing for the flight for 10 years. He received his first appointment in November 2020. He was the member of the backup crew of “Soyuz MS-18”, on which two of his mates — Petr Dubrov and Sergey Korsakov — were to go into space. Though a month before the launch, it was announced that a NASA astronaut would take the seat of the second flight engineer in accordance with the terms of the commercial contract. As a result, Sergey Korsakov gave way to Mark Vande Hai, and Dmitry Petelin delegated the job to Ann McClain.

The flight on “Soyuz MS-19” was also cancelled due to changes related to the scientific and educational project (the crew of the "Challenge" movie was sent to the station). After that his training in Houston for the Crew Dragon mission followed. Nevertheless, it didn't work out here either. However, this is the fate of any cosmonaut: not to speculate on the weird twists of fate, but to wait patiently for his starlit hour. And this hour struck at the beginning of 2022: Dmitry Petelin received a new appointment — as a flight engineer of the backup crew of the “Soyuz MS-21” spacecraft (the launch was on March 18) and the main crew of the “Soyuz MS-22”. Intensive preparation for the flight began. 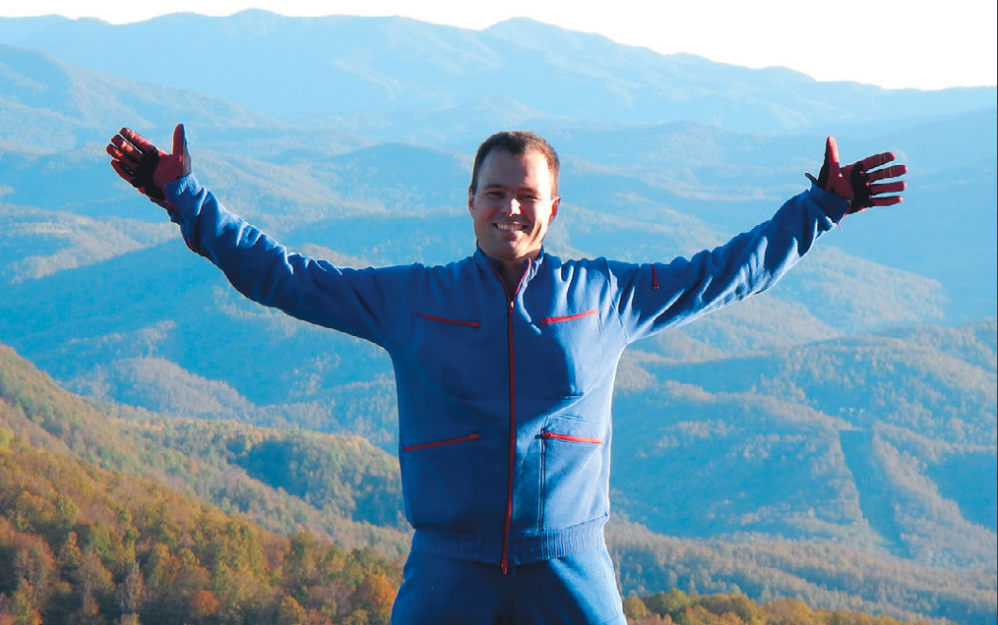 Dmitry grew up in Druzhba village, Kazakhstan. He showed interest towards aviation and cosmonautics at school, in the aircraft modeling club. The sky beckoned Dima, who was 10 years old.

— In Kostanay, I saw unusual blue all-terrain vehicles often, there were no such anywhere else. Later I found out that these were special vehicles used for the evacuation of cosmonauts from the landing site: the rescue center was based in Kostanay. It seems that from that moment I began to wonder how to become a cosmonaut, — he recalls.

At first, he wanted to become a military pilot, thinking that this was the right way to space. To enter military school, any candidate needs a profound level of secondary education. After the 9th grade, Dmitry went to the Kostanay Technical and Economic Lyceum. Then he became a student of South Ural State University, he studied "Aircraft and helicopter engineering".

From Boeing to the Cosmonaut Training Center (CTC)

While looking for a job after graduating from university in 2006, Dmitry learned that Boeing was recruiting employees for its projects in Moscow. Dmitry submitted the documents and received the invitation from the “NIK” LLC company (Scientific and Engineering Company, Zhukovsky). It turned out that in 1999 a special branch was created there for the purpose of design developments for Boeing. Having successfully passed the interview, the future cosmonaut spent the next six years engaged in engineering and strength calculations of structural elements of Boeing-747, -777, -787 Dreamliner and others.

— We were well-paid experts there, we went on business trips to Seattle, studied English, but all the time I was kind of missing something. I started thinking about cosmonautics again, that it would be good to find a job at “RSC Energia” or the Khrunichev Center. However, at that time young employees of these enterprises had small salaries, it would be difficult to live and rent an apartment in Moscow... But when the opportunity came to join the cosmonaut squadron, I no longer thought about the material side - it was more important for me to follow my dream, - says Dmitry.

However, Dmitry almost missed the recruitment. In April 2012, there was a newscast on TV. At some point, the words of the presenter made him listen carefully. They said that the acceptance of documents for participation in the first open recruitment to the joint cosmonaut squadron was completed. 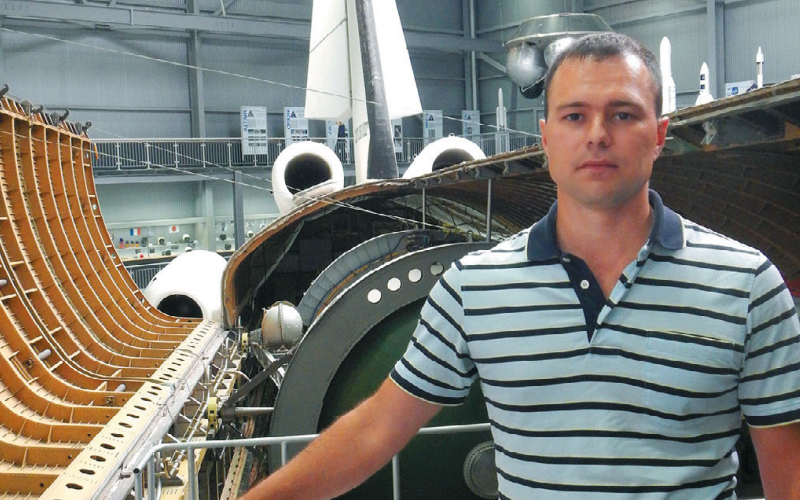 — My heart skipped a beat! How could I have missed the announcement of the start of the recruitment! — Dmitry lamented.

In the morning, trying not to losing hope, he opened the website of the Cosmonaut Training Center and read that the term of the acceptance of documents was extended for another month. Having abandoned all business and plans, he urgently started preparing the necessary papers.

It turned out that to obtain the necessary medical certificates was going to be a non-trivial task. They could be "obtained" only at the place of residence — in Chelyabinsk region, in the district center of Argayash. Not without difficulty, still he managed to succeed. As a result, he put it all in a thick folder, and personally brought it to the CTC. He was waiting for an answer for several months. And finally the long-awaited call occured: he was invited.

303 people passed the stages of sports testing and in-depth medical examination. Only fifty of them were admitted to the last (full-time) stage of selection for various reasons. And then Dmitry had to try pretty hard, it was especially difficult when he answered deeply personal questions from the head of the Cosmonaut Training Center Sergey Krikalev about his motivation for joining the squadron. Only ten candidates passed the "sieve" of the full-time stage, and soon the competition commission eliminated another two. The remaining eight, including Dmitry Petelin, were approved on October 8, 2012.

In the 2020/2021 academic year, almost all of the 2012 cosmonaut squadron enrolled in the MAI postgraduate training (three CTC experts and six test cosmonauts were enrolled in the MAI graduate school - ed.), because the profession involves constant growth. In cooperation with MAI experts, graduate students work on promising projects in manned cosmonautics, create methods for optimizing the design of aerospace systems, cosmonaut training technologies, etc.

Dmitry Petelin chose the department 614 "Ecology, life support systems and life safety" and the topic for his dissertation is "Assessment of the quality of life support system simulators used to prepare astronauts for work on the ISS". During the flight, he planned several tests for himself and his colleagues. In addition, the ISS regularly conducts the Pilot-T experiment on related topics.

— I guess, I will collect enough practical material for my dissertation, — the cosmonaut notes. 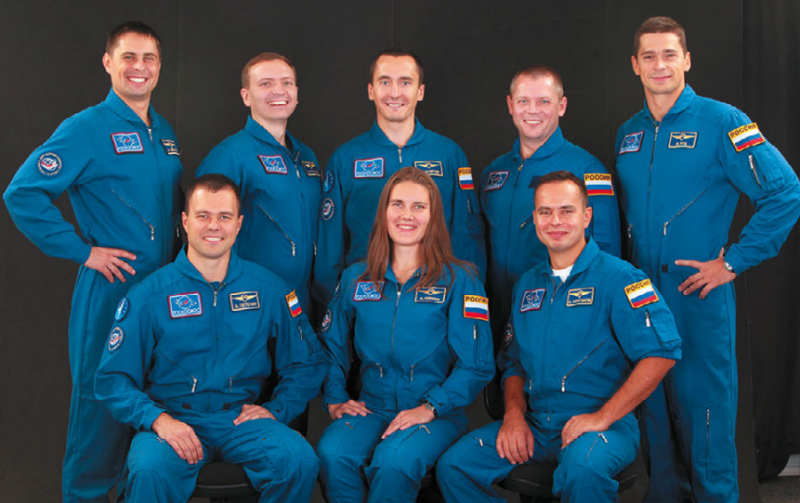 The first flight that was six months long

Controlled flight of the Soviet “Salyut-6” orbital station in 1979 lasted for six months. Later, longer space voyages were carried out on “Salyut-7” and “Mir”. Nevertheless, scientists have concluded that a six-month long flight is the most optimal - both from the point of view of the cosmonaut's performance and health, and from the point of view of economic reasons also.

— There will be several space walks, and we are to participate in them. The most important thing is to transfer the cooling radiator and the airlock chamber for experiments in vacuum from the "Rassvet" module to the "Nauka" module with the European ERA remote-controlled manipulator. However, there is something wrong with ERA, and that is why these works "crawled" from the program of the 66th expedition to our flight. If ERA does not work, we will have to fulfill the plan with the help of a Russian mechanically controlled cargo boom. We are now preparing very actively for these works," he said about the upcoming mission.

Sergey Prokopyev was appointed the crew commander. For a long time, MAI graduate student Anna Kikina and American Frank Rubio were listed as candidates for the third chair in the ship. The intrigue was resolved after the conclusion of an agreement between Roscosmos and NASA on cross-flights. A Russian woman has become a crew member of Crew Dragon, and a NASA astronaut will go into space on Soyuz.