Students of Moscow Aviation Institute discovered oil pollution in the Black Sea after analyzing satellite images. The spots up to 10 km long were located in the area of the exit from the Novorossiysk Bay, where the passenger steamer “Admiral Nakhimov”, that sank on August 31, 1986, rests at the depth of 47 meters.

MAI Institute No. 6 "Aerospace" students started the study after the incident in Kabardinka: participants of the swim, that took place here at the end of September, suddenly came across an oil slick. Students Darya Kozlova, Anton Chaika and Gleb Koval, members of the RISKSAT interregional project group, studied images taken from space in July-October this year and noticed long spots grouped around one point.

– In the area where the spots were found, in addition to the sunken steamer, there is shipping lane and a tanker anchorage situated there, and to the north-east of it, 900 meters from the coast, there is an underwater outlet of a sewer pipe, – says Anton Chaika. – This made it difficult to determine the source and the nature of the spots on the sea surface. However, the analysis of archive footage, starting from 2017, showed that such spots were observed for the first time in this area.

– The spots look like ruled slicks, which is typical for underwater oil sources (mud springs, seeps). In this case, this indicates the release of oil products residues that were in the fuel tanks of the liner. The images from space show clearly that the pollution is not sewage emissions or biogenic slicks. The appearance of oil spots on the sea surface above the scene of the incident means that there is the need to inspect the sunken ship, - notes Alexey Kuchenko, General Director and Scientific Director of the RISKSAT interregional project group, lecturer of the 610 Department of Rocket and Space Systems Operations.

The objectivity of the conclusions was confirmed by the expert from the Institute of Oceanology named after P.P. Shirshov. Pollution data were submitted to the Black Sea Seaport Authority. 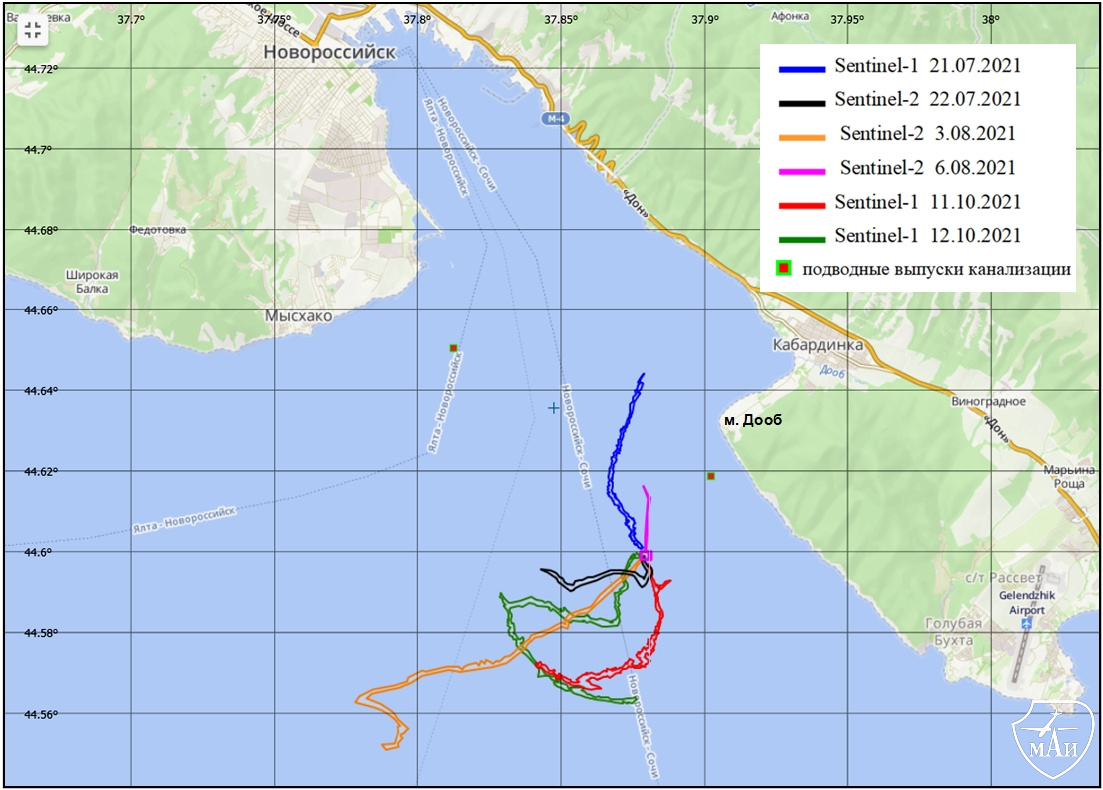 The “Admiral Nakhimov” steamship, which was the pride of the passenger fleet of the Soviet Union, sank after the collision with the dry-cargo ship "Petr Vasev" at the distance of 13 km from Novorossiysk. As a result, 423 people of 1,243 passengers and crew members of the “Admiral Nakhimov” died. It was the largest disaster on the Black Sea during peacetime.