MAI graduate, RSC “Energia” veteran tells about the launch of the first satellite 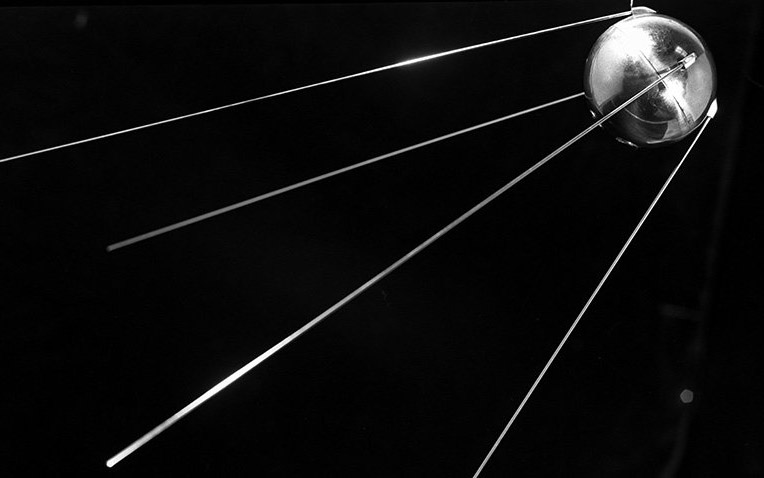 It was exactly 64 years ago that Sputnik-1, the first satellite, was launched into orbit. The launch of the Soviet satellite marked the beginning of a new space era in the history of mankind.

The creation of the first satellite was launched at the OKB-1 (today Rocket and Space Corporation “Energia” named after S.P. Korolev, part of the Roscosmos State Corporation) in November 1956. The work was led by Sergey Korolev, and Mikhail Tikhonravov, the professor of Moscow Aviation Institute, also took part in it. During the 1945/46 academic year the stratospheric section was created at Moscow Aviation Institute, it studied various space flight issues. Future members of Tikhonravov's working group, who also took part in the work on the creation of the first Earth satellite, were engaged in the section.

By the end of 1949 the Tikhonravov group comprised of members of the stratospheric section, graduates of Moscow Aviation Institute, Gleb Maksimov among them. Subsequently, it was he who designed the world's first satellite in 1956. The launch was carried out on October 4, 1957 at 22 hours 28 minutes 34 seconds (Moscow time) from the 5th research site of the USSR Ministry of Defense "Tyura-Tam" (Baikonur cosmodrome) on the "Sputnik" (R-7 No. 8K71PS) launch vehicle. The satellite spent 92 days in orbit, until January 4, 1958, having completed 1,440 revolutions around the Earth.

The "Kaliningradskaya Pravda" newspaper published the memories of MAI graduate, “Energia” veteran Artur Termosesov, about the launch of the first satellite and the conquest of space, which he witnessed.

“Every person can recall the moments that remain forever among the brightest and most dear ones of the memory box. And even after many years they emerge as if it was yesterday. More often these are deeply personal memories, and then you are either sad or happy with such a memory. But if these personal emotions of the past were joyful and at the same time touched a large number of people, then I want to share this joy with them once again. These events are the launch of the first satellite in the Soviet Union and the flight into space of the first cosmonaut Yury Gagarin. 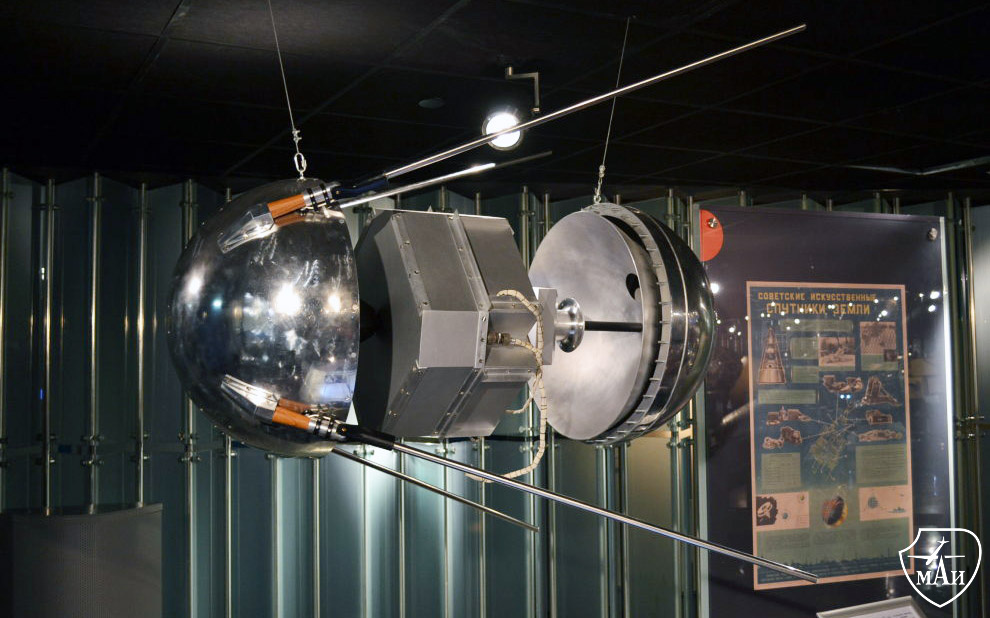 The date that became of historical significance is October 4, 1957. A satellite in Earth orbit! I remember the stormy joy on this occasion, when we, students, jumped on the beds in MAI dormitory, trying to jump as high as possible, as if we wanted to take off ourselves. Interrupting each other, we discussed the engineering difficulty of the problem. Still, unlike, say, the humanities, we generally had some idea of the most important parameter that the rocket had to achieve in this case – the first cosmic speed of 7.9 km/s. In one second! In one!

But none of us then could ever imagine the exact complexity of work on the creation of the rocket and the satellite. And least of all, I could imagine that in some two years I would be working in the very team that created that miraculous satellite – in Korolev's OKB-1.

The launch of the first satellite for me, as well as for the entire Soviet people, became a sensational surprise, the preparation of a manned flight into space, on the contrary, never was a big secret. It happened so that I was not engaged in the preparation of Yury Gagarin's flight: I was too young and ended up in a laboratory where promising systems for automatic tests of spaceships were developed.

On the same floor with us worked more experienced colleagues who were directly involved in the creation of "Vostok" – curators of radio systems and developers of the "Granit" time program. All of them seemed to me to be celestials (it seemed that only especially gifted people could develop such a complex technique!), but in real life these highest professionals turned out to be nice and simple people.

With some of them we shifted to first-name terms: Misha, Lena, Volodya, Taya, Lyosha. It was impossible to meet at work, communicate with the guys in the smoking room every day not knowing that something epic was coming. Of course, we all knew. Only the date remained undisclosed. But this is how it happens in life: you know, you wait and still perceive everything as a surprise. So, the launch of the rocket with Yury Gagarin on board for us, for those who came to work that day, was unexpected and, of course, we took it very emotionally. Together with absolute joy, cautious thoughts involuntarily crawled in. I was thinking, seriously, who knows what can happen to a man in a space alien to him or even hostile?! Maybe he will lose consciousness, maybe he will lose all orientation, and maybe even worse - he will lose his mind and ability to act! Nobody knew this for sure then, not even medical workers. After all, it was not for nothing that manual control was blocked by a special code so that the cosmonaut would not turn it on at the wrong time and would not disrupt the well-coordinated work of the automation. The code was placed in an envelope under the assumption that if the cosmonaut is forced to switch to manual control of the descent and at the same time is able to open the envelope and understand the instructions, then he is quite adequate and can perform all the necessary subsequent actions.

Actually, in this and in a dozen other unfamiliar and dangerous phenomena that Yury Gagarin actually met in just a one-turn flight, his feat lies, this makes him a Hero not only in rank, but also in deep essence. He is the first! The cosmonauts who flew after him already knew that nothing beyond and mystical for them, fighter pilots, was not expected in space. As you know, knowledge is power.

We, like the rest of the Soviet people, learned that everything was just fine, that Yury Gagarin had successfully returned from space. Hooray! Further, as you know, on April 14, 1961, there was a meeting at the airfield, Yury Gagarin's clear steps along the path, the report to Nikita Khrushchev. It was long enough since Moscow celebrated a triumph like that! The event was perceived not only as a victory of the country's scientists, but also as a victory of each of its inhabitants: we did it!

On the next day, April 15, Yury Gagarin arrived at OKB-1. Luckily, it was an unusually sunny and warm day. Our company was located on two production sites, separated by a railway. The bridge connecting the territories was built much later, so we had two passes to visit different territories. Gagarin was to come to the first, the main territory. This meant that we had to get through the city to the entrance of the first territory, go through the access cabins, presenting passes. Since everyone wanted to see Yury Gagarin, we were afraid that the checkpoints would not be able to cope with such a flow of people. Of course, we went much earlier than the announced time, 11 o'clock. 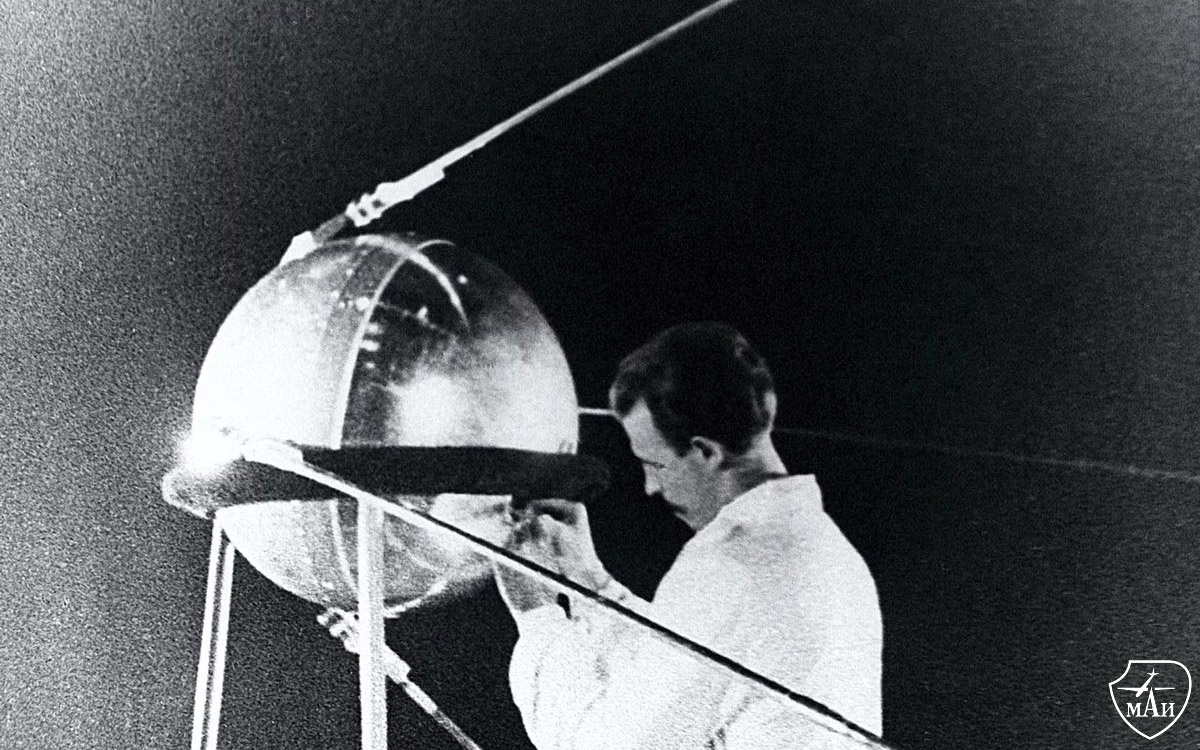 To our most outrageous surprise we saw that the gates on the first territory were open, that no passes were needed, that residents of the city who learned about Gagarin's arrival passed through these open gates quite calmly with us. I don’t know whose clever head guessed to make such a simple and wise decision, but I think it was nevertheless agreed upon with whom it was necessary!

The gathering was held on the square in front of the workshop building, as soon as you enter through the right gate. There is now a real rocket standing there. An impromptu tribune made of several trucks with open sides was there in advance. The square was crowded, someone even climbed onto the roof of the building. Everyone was happy in anticipation of the first cosmonaut. Gagarin appeared smiling (and you know what a charming smile it is), accompanied by Sergey Korolev and the President of the USSR Academy of Sciences Mstislav Keldysh who were also smiling broadly. Together with them on the platform, we first saw the first group of cosmonauts who had not yet flown. Then we did not know them by sight, but they were all young and beautiful. They were smiling too. In general, I would say that there was not a sea of ​​people here, but a sea of ​​happy smiles that so well convey the joyful state of people.

Korolev congratulated Yury on the successful flight in a fatherly manner, and said many good words about the cosmonaut, he also congratulated and thanked the staff of the enterprise for their selfless work and brilliant triumph.

Yury Gagarin, who spoke next, thanked the creators of the wonderful spaceship "Vostok", and he said (I will try to convey the main beautiful meaning of his words) that he managed to make this flight due to the labor of engineers and workers who were standing in front of him, that in fact it was their work that led to success, on top of which he was lucky enough to be. He spoke well, very sincerely, even as if slightly apologizing to those present there. He also talked about some of the details of the flight and about the deep impression at the sight of the beauty of our Earth from space. There were other speeches, all were excited and kind.

"From now on, the road to space is open!" – Sergey Korolev said figuratively and prophetically at the meeting.

Sixty years passed already. Humanity has not only successfully mastered the near-earth space, but has even managed to look at other planets with the eye of automatic machines. However, over so many past years, the feat of Yury Gagarin, who was the first to get engaged in his combat with the Unknown, will never fade.