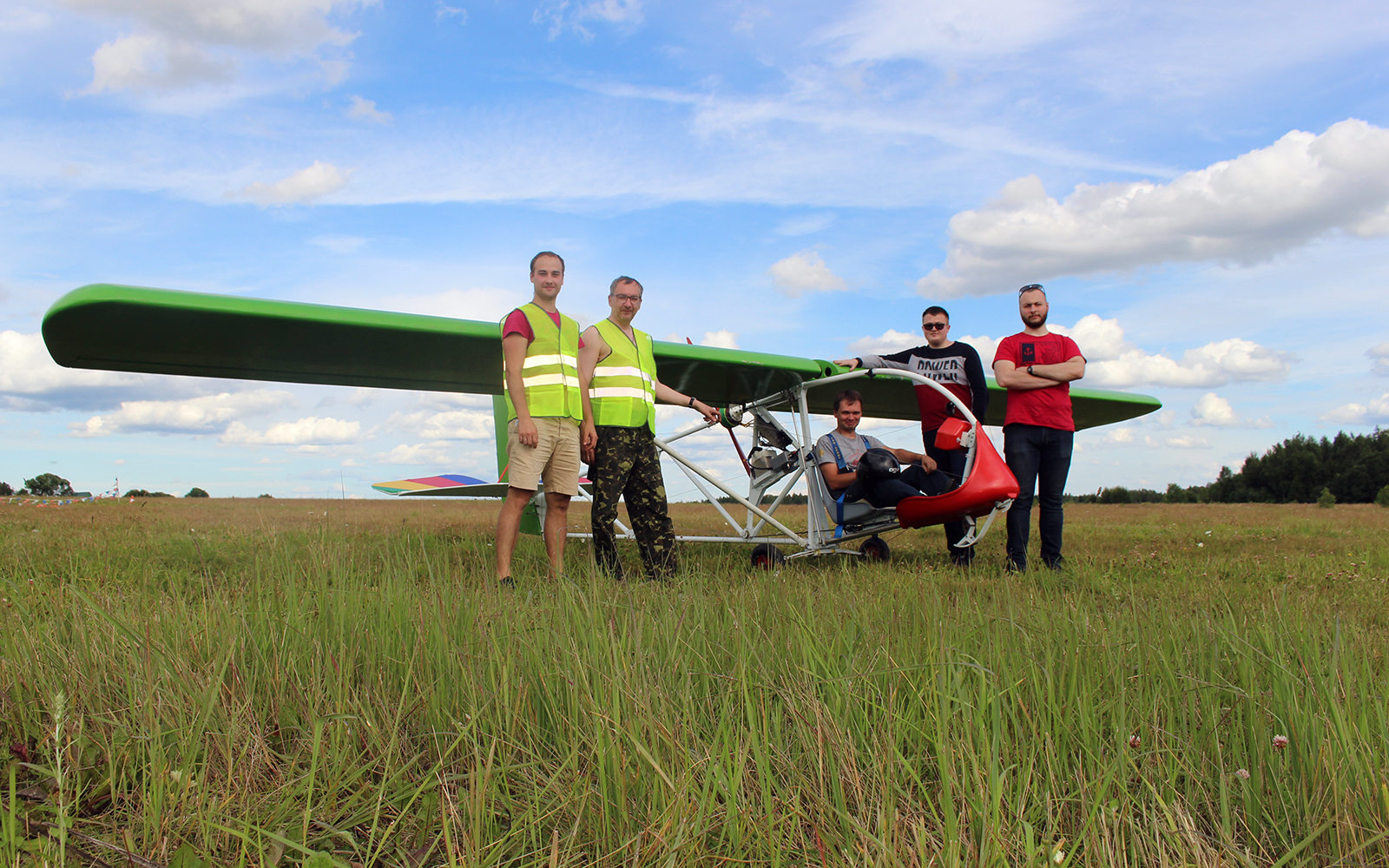 Everyone can become the owner and pilot of an aircraft, even if they are not rich and do not have professional piloting skills. Is it only a dream? No. Kirill Balyasny, the graduate of Moscow Aviation Institute, together with a team of like-minded people, who are also MAI graduates, is now building a single electric plane – an economical aircraft, the operation of which does not require registration, certification and pilot's license! In other words, it will be possible to use it almost like an electric scooter: I got primary skills (for example, on a glider), bought an electric plane, studied the instructions, started it – and off we go. Students of their alma mater are actively involved into the work on the aircraft. The young inventor spoke about the development, its main characteristics, methods of operation and the prospects for business development in Russia.

You are a co-author of the Efly-2 electric plane development. How did the idea of creation come to you? What tasks did you face?

The idea of building an apparatus of this type emerged in 2015, after the project manager, MAI graduate, Alexei Sychev, visited the aviation exhibition in the city of Friedrichshafen in Germany, where light aircraft with electric power plants were presented. In Europe, such machines have already become widespread, but in our country they still remain exotic.

Alexey proposed that we should build an electric plane in Russia, and he already had some base, so I supported his idea. The main impetus for the implementation of the project for me was my childhood dream – to fly. In addition to this, there was the opportunity to gain additional design experience and immerse yourself in a new promising direction of electrical power plants.

At the beginning of the journey, there were simple tasks: to design and manufacture an electric plane and an electric power plant for it. As the project progressed, additional tasks appeared: it was necessary to develop a control unit for the parameters of the power plant with the output of the parameters of its operation on the display, to develop and manufacture its own propeller, battery, and electric motor. We have already completed most of the tasks, the rest are at the completion stage. The work resulted in two designs: a glider for initial flight training, which is still in operation, and an electric plane, for which a prototype has already been built.

What is the uniqueness of an electric plane? What are the characteristics that attract to it?

Basically, electric propulsion systems (EPS) are installed on serial single and double airplanes and gliders, which have a sufficiently high aerodynamic quality. The installation of such EPSs attracts with its simplicity, reliability and low operating costs, even taking into account the limited number of charge-discharge cycles of the battery.

There are analogues in Russia and abroad, but they are in a higher price range, since they belong to the class of aircraft of higher aerodynamic quality.

Efly-2 is completely electric, the only cost is the battery charging. It is no higher than 100 rubles per hour during the flight. The product is easy to assemble and it is compact enough – when assembled, it takes 6 square meters. In the off-season, it can be stored in a standard garage along with the car. The electric plane is mobile and fits on a light trailer, which allows you to take it with you on trips or quickly change its base.

You say that the prototype has already been built for the electric plane. What work on the project is being carried out today? What business development prospects do you see in Russia?

The prototype was first taken into the air on July 25, 2020 by the chief pilot of our team, the graduate of the Moscow Aviation Institute, Sergey Tolkach. The flight is impressive in that it takes place in silence - this is typical of a non-powered aircraft, and the open cockpit gives the pleasant feeling of free flight.

We applied for the patent. We plan to build a glider by the summer of 2022. Now we are actively working on the manufacture of a new composite wing for an electric aircraft. Compared to the prototype, it has higher aerodynamic characteristics, a larger span and a different manufacturing technology.

Work is underway to expand the functionality for controlling the parameters of the power plant (for example, transmitting telemetry data to a ground station), and finalizing the design of the heat sink from the engine. Based on the operation of the prototype, a list of requirements for the future electric power plant is drawn up. In the next version, in addition to the developed control unit for the parameters of the power plant and the dashboard with a display, we want to add flight and navigation information.

The era of active development of electric transport, in aviation too, has already begun in the world. For single- and two-seater aircraft, as well as UAVs comparable to them in weight, we see good prospects for development with the use of electric traction technology – this reduces the cost of maintenance and ownership of aviation equipment, it is more environmentally friendly, given the fact that internal combustion engines of similar power there are no devices for reducing the toxicity of exhaust gases. 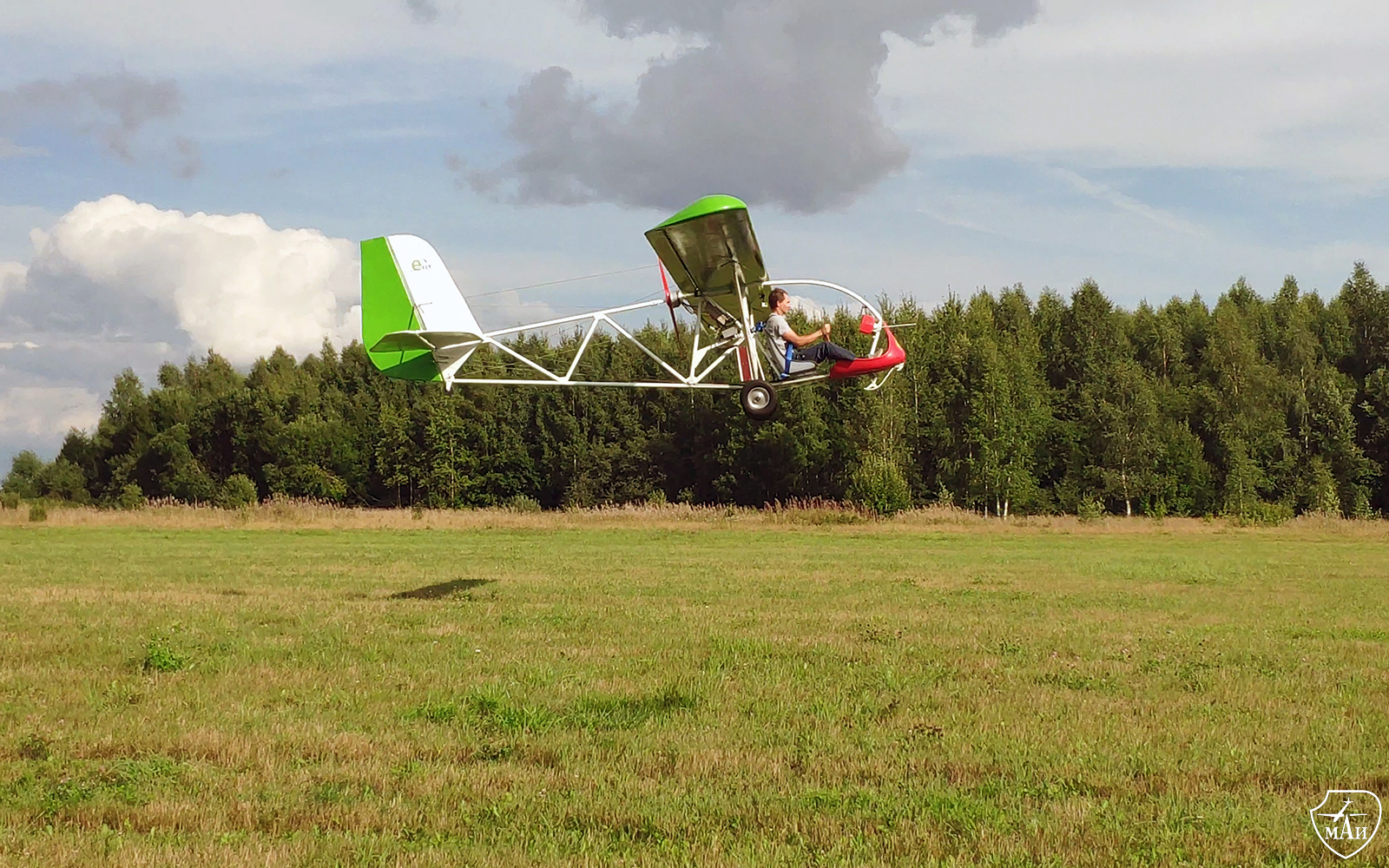 Who could be your main target audience in Russia? What real practical benefits can your inventions bring: an electric plane and a glider?

The main audience is pilots, amateur pilots and those looking how to learn to fly. Our goal is to make flying easier, cheaper and more environmentally friendly. Due to the low weight of the structure, registration, certification and pilot's license are not required. You can fly for fun any time.

We want to test the future glider as the initial flight training aircraft. After confirming safety based on the results of flight tests, it will become an easy and affordable way to learn how to fly. And the electric plane is the next level of skill development.

The project is already bringing practical benefits – the participants (future and young engineers) are improving their qualification, a scientific and technical groundwork for electrical power plants is being formed, the involvement of the younger generation in the development of aviation technology is growing.

So, you say that, according to Russian legislation, for aircraft weighing up to 115 kg, registration, certification, pilot's license and flight permit are not required. Does the complete lack of control pose a threat both to the pilot himself and to those around him?

This makes it possible to gain experience and scientific and technical groundwork, which can be used in the development and manufacture of two-seater electric aircraft in the future. Due to the high requirements for developers and manufacturers of light aircraft (up to 495 kg), development in this direction slowed down in Russia.

As the experience of foreign countries and the experience of past years shows, the indulgences indicated by you are not dangerous both to others and to the pilot himself. Flights are carried out in the airfield area, where, as a rule, there are very few settlements nearby. Flight performance allows, if necessary, to urgently land on any field. The design provides for the installation of a rescue parachute (rescue system). The pre-existing and currently existing Youth Gliding Schools, in which children study from 12 years old, show that it is possible to safely practice piloting techniques at an altitude of 15 m.

You are actively attracting students from Moscow Aviation Institute and other young people to work on the electric flight. How exactly do you do that?

We attract young people from different educational institutions, or rather, they themselves show a desire and interest to participate in the project and gain experience. We only give them this opportunity. We talk about our project on social networks, write that you can take part in any direction: development, work with metal or composites, work with an electric power plant.

Our team includes schoolchildren, students from the Moscow Aviation Technical School, Moscow Aviation Institute, and the Moscow Polytechnic University. We try to give them tasks that include different stages of the product life cycle: idea, development, manufacturing, testing, operation. We organize trips to flying clubs, where team members fly in two-seater planes and gliders. This summer, many of them, for the first time in their lives, gained altitude on a two-seater Blanik L-13 glider under the guidance of an instructor. First, the glider lifted the towing aircraft to an altitude of 1000 meters, where the uncoupling took place, and then free flight began. For the first time, gaining more than 200 meters in height is a good achievement!

When entering serial production, how do you plan to carry out maintenance and repair of an electric aircraft?

Therefore, we assume that maintenance and minor repairs to the structure can be carried out by the operator himself. We will carry out complex repairs (for example, in case of damage to the load-bearing structure), since we have experience in repairing similar structures, calculation methods and equipment.