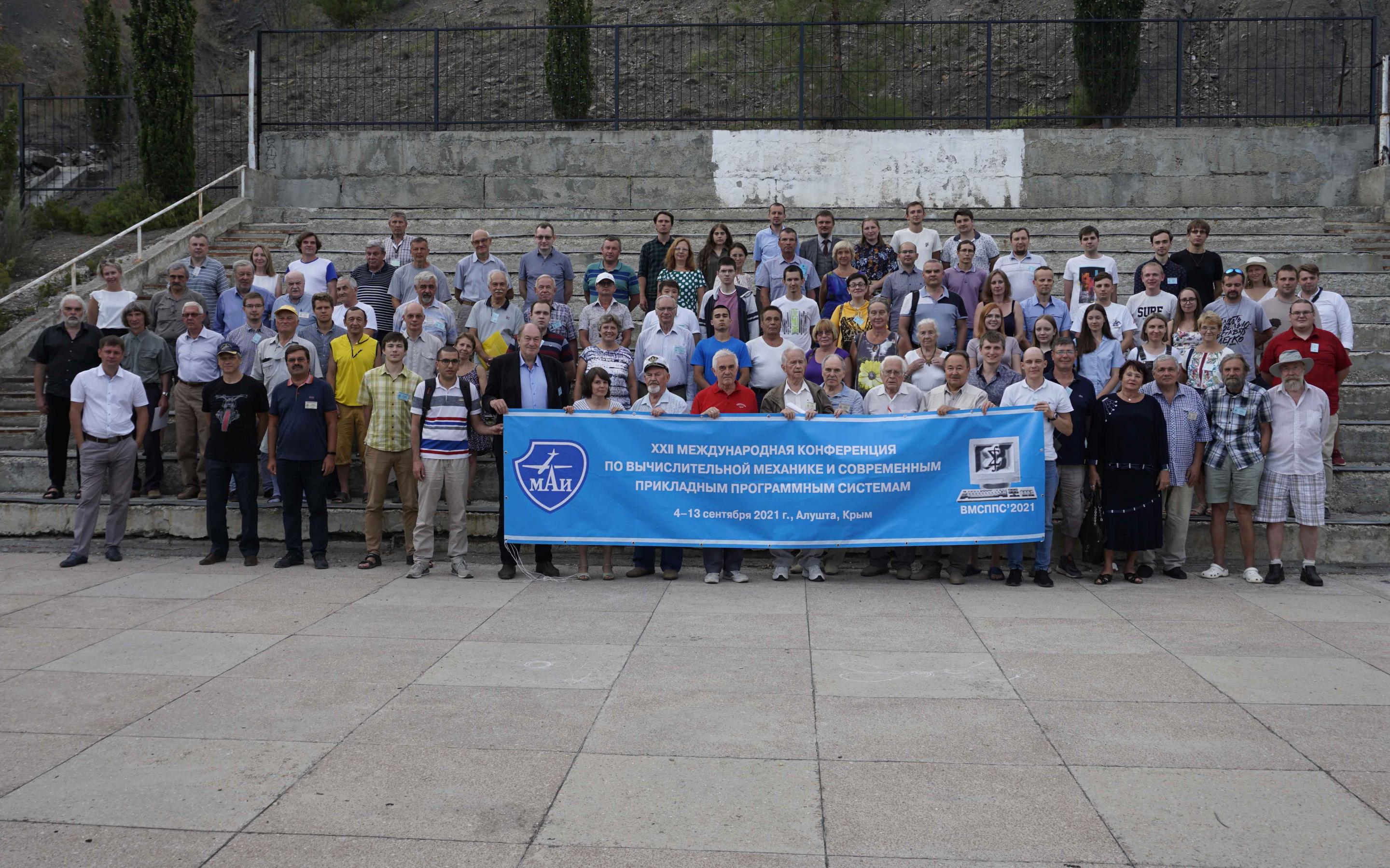 On 4-13 September 2021, the XXII International Conference on Computational Mechanics and Modern Applied Software Systems (VMSPPS’2021), organized by Moscow Aviation Institute and Russian National Committee for Theoretical and Applied Mechanics, was held at the premises of MAI "Alushta" health and educational center.

More than 150 people took part in the conference in person: academicians and corresponding members of the Russian Academy of Sciences, doctors and candidates of sciences, students and graduate students from Moscow, Moscow region, St. Petersburg, Kazan, Perm, Tomsk, Novosibirsk and eight other cities of Russia, and also from Vietnam. 48 organizations: scientific, educational institutions and industrial enterprises - were represented by the participants there.

Leading computational mechanics scientists, mathematical modeling and information technology experts shared their experience. For example, at the opening of the conference the director of the Institute No. 8 “Information Technologies and Applied Mathematics” Sergey Krylov and the head of the “IT Center” Department Maria Bulakina presented the plenary report titled “IT-training of engineers. Individual educational trajectories”. Significant part of the speeches touched upon applied issues of mechanics and mathematical modeling in aerospace and related industries, for example, the report "Features of the implementation of the iceFoam solver for solving the problem of icing of the swept wing of supersonic aircraft" by Sergey Strizhak, the employee of the Institute of System Programming of the Russian Academy of Sciences, Associate Professor of MAI Department 806 "Computational Mathematics and Programming", head of the master's program "Technologies for supercomputer modeling of complex technical systems".

– The special significance of the conference is that the event aroused the interest not only in well-known leaders of scientific schools, but also in young scientists and graduate students who implement new approaches in applied research, for example, such as the use of artificial intelligence methods for fluid and gas mechanics issues, – Sergei Krylov shared.

The topics of the conference will be continued as part of the second May spring school "Mathematical Modeling and IT", which will be held from May 21 to May 31, 2022 at "Alushta".