Welcome aboard: the Day of Knowledge in MAI

– I am deeply convinced that you made the right choice entering Moscow Aviation Institute, – said the rector. – The whole atmosphere of Moscow Aviation Institute is aimed at ensuring that, along with deep basic knowledge, you will gain practical experience, participate in various conferences and other scientific events, work in various enterprises in the process of practical training and get acquainted with the opportunities and challenges. MAI is a special environment that allows you not only gain knowledge and practical skills, but also to imply your talents in various fields. You will definitely have opportunities to prove yourself, and I hope that you will make the most of them. I would like to wish you perseverance and dedication and MAI will be a good launching pad for your future success. 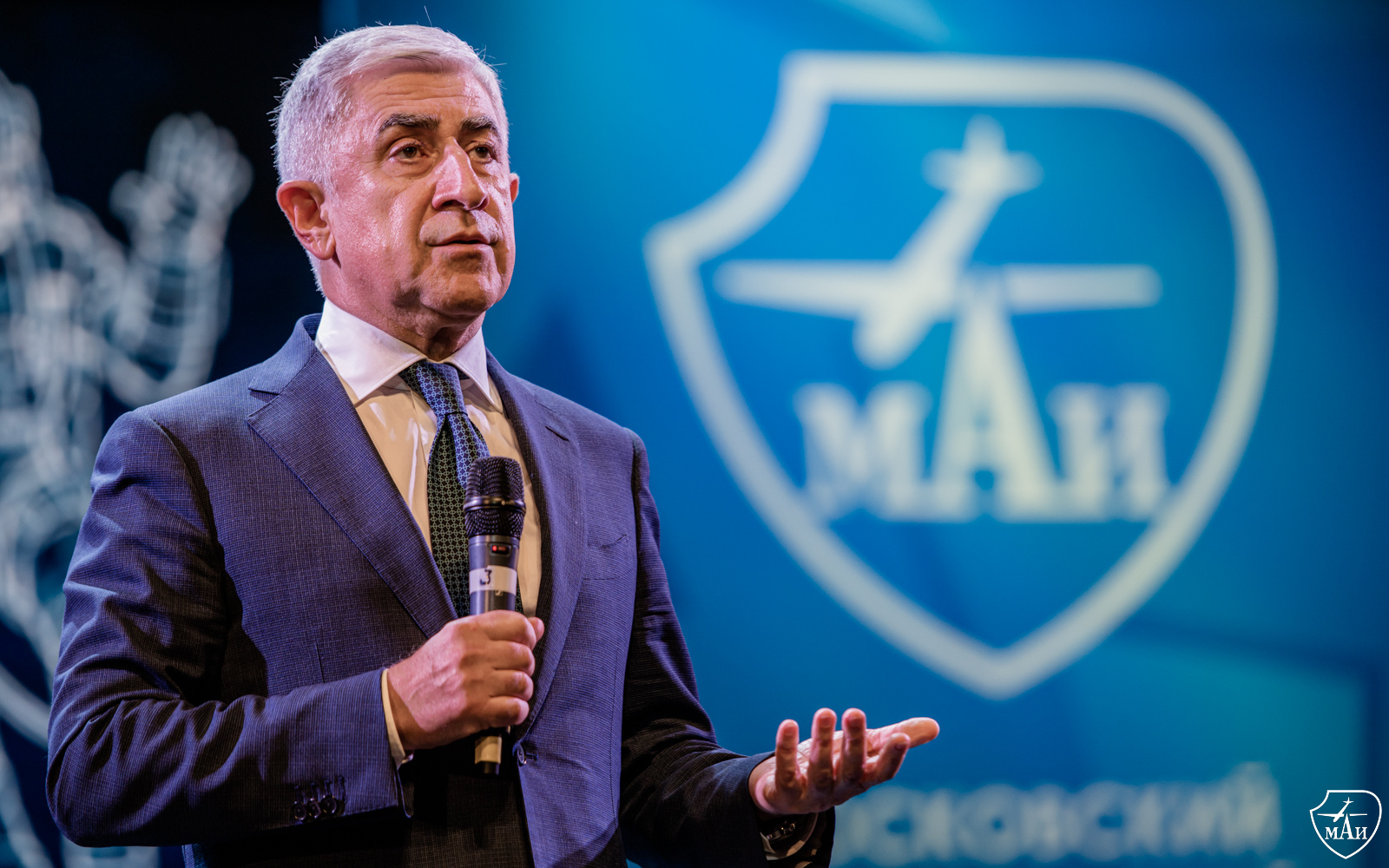 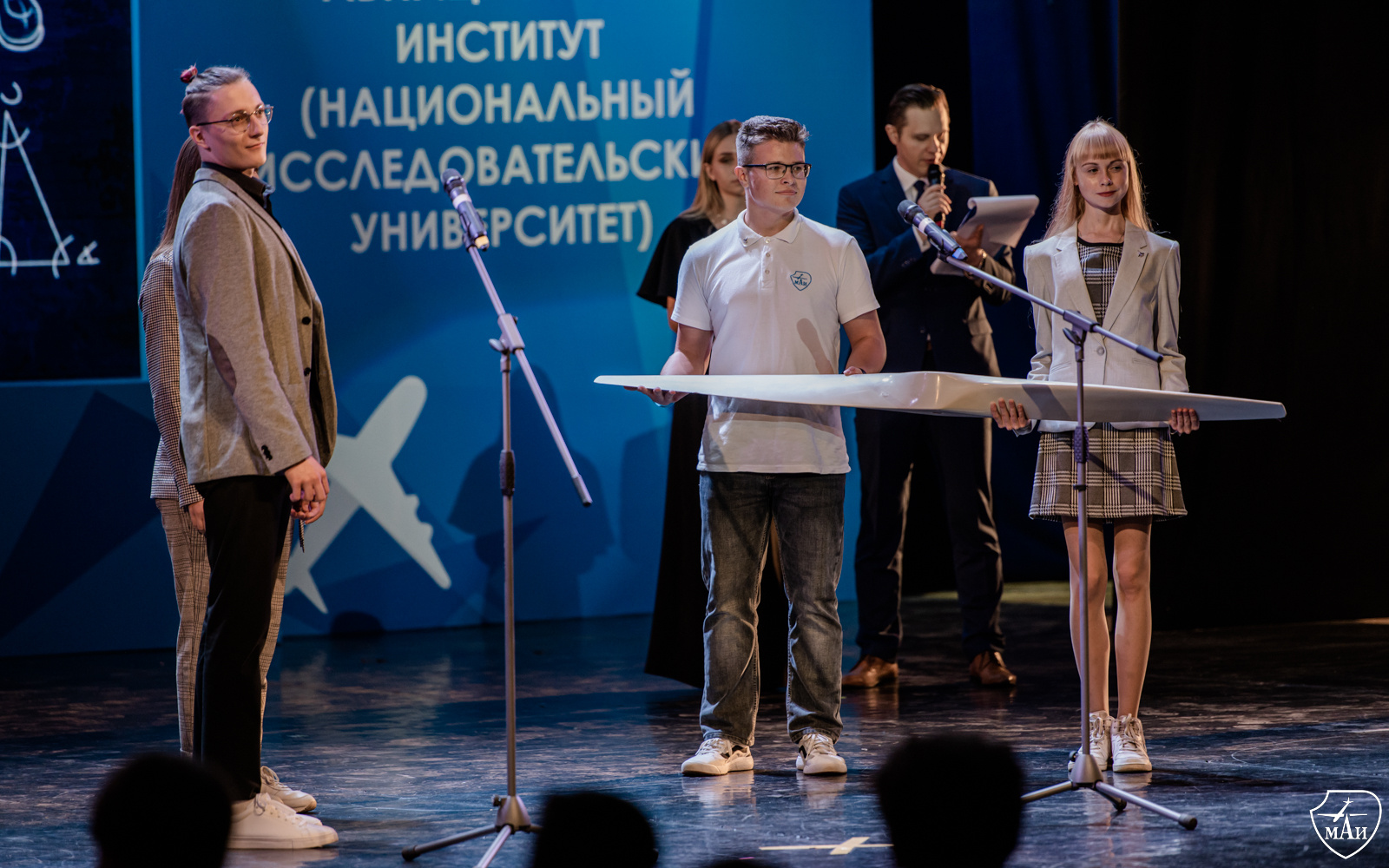 – I think you are lucky. Those who chose MAI as the higher educational institution did the right thing, because this is a university that makes it possible to reveal all talents and aspirations,'' – said Boris Obnosov, noting that he would be glad to see today's MAI students as employees of Tactical Missile Armament Corporation enterprises. 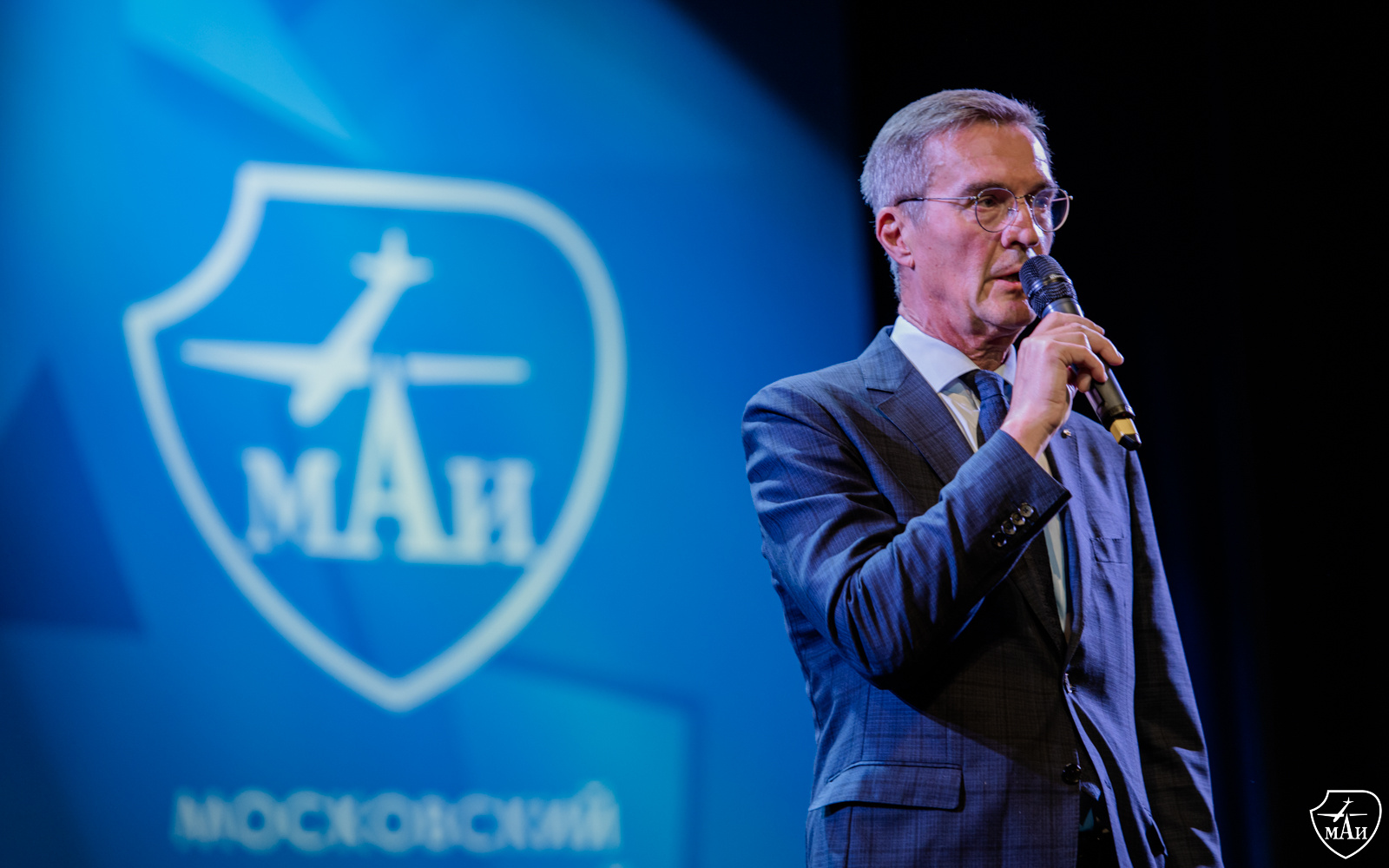 The program of the holiday at the MAI Palace of Culture and Technology continued with an open lecture by Mikhail Pogosyan. The rector of Moscow Aviation Institute spoke about the development of modern technologies, as well as the opening opportunities and new requirements due to these changes.

– Most of you will work on positions that do not yet exist today. And you will have not only to prepare yourself for this in the process of studying at the university, but also constantly engage in self-improvement so that you would be successful in the face of constant changes, – he underlined.

Mikhail Pogosyan highlighted the main trends in the development of the aviation and space systems market, such as unmanned technologies, services based on small spacecraft, big data technologies, artificial intelligence and others, adding that all of them are prioritized by Moscow Aviation Institute. 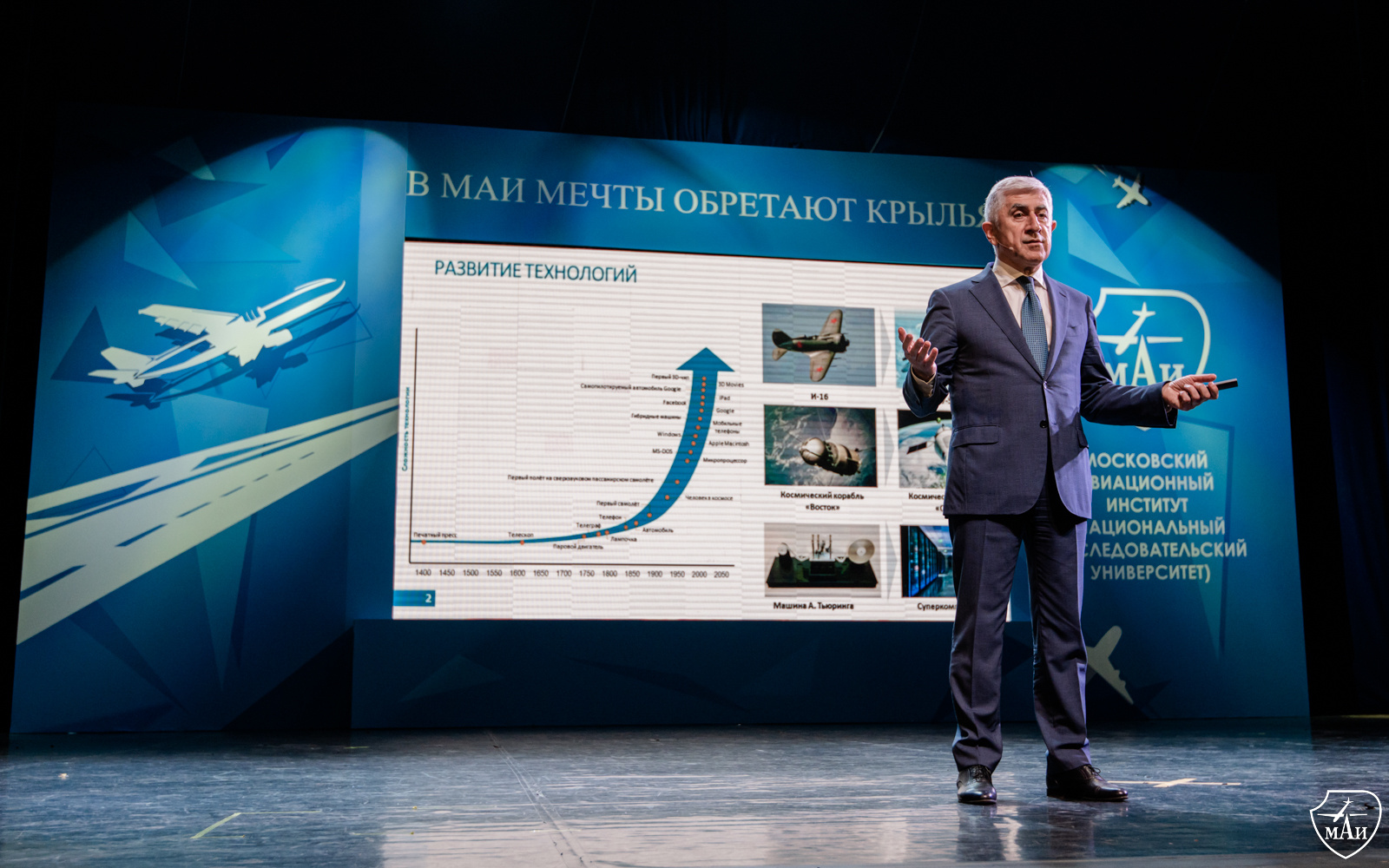 Also among the key events of the holiday there were the meetings of MAI residents with outstanding university alumni within the framework of the project "Dialogue between Equals". First Deputy Chairman of the Interstate Aviation Committee Sergey Zayko, First Deputy Design Director of the Sukhoi Design Bureau Sergey Bibikov, Chief Designer of NPO Energomash named after Academician V.P. Glushko Pyotr Lyovochkin, Deputy Director General of FSUE TsAGI Alexander Medvedsky, Director General of JSC TsNIIMash Sergei Koblov and many other famous MAI alumni.

Boris Obnosov and Ivan Pupyrev also took part in the “Dialogue between Equals”. Thus, Boris Obnosov spoke to the freshmen of the Institute No. 7 "Robotic and Intelligent Systems" of Moscow Aviation Institute, talking about the importance of practice-oriented approach to training and the benefits of employment at enterprises that are part of the Tactical Missile Armament Corporation structure. Ivan Pupyrev talked to students of the MAI Institute No. 8 "Information Technologies and Applied Mathematics". His speech was devoted to innovative technologies of the future, work on which is underway already. For example, the Google visionary unveiled the jacket and backpack that were designed and developed in collaboration with leading brands. Thanks to the technologies of the future, with one touch to the sleeve or strap, one can activate the music on the gadget or answer the phone call.

– We are not trying to create new gadgets. Our idea is to improve existing things by adding new functions to them, – he said. 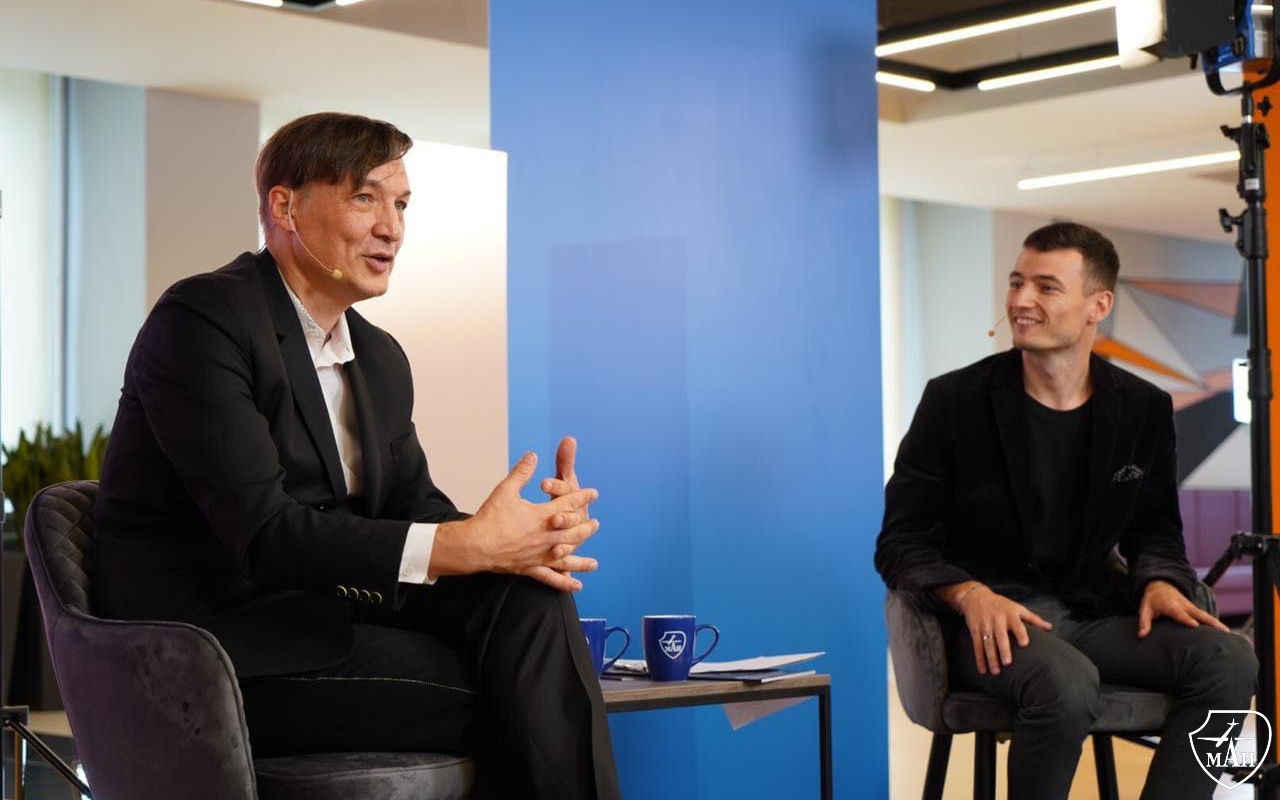 On the stage of the Palace of Culture and Technology of Moscow Aviation Institute the concert program was presented, with Hensy as the headliner.

Interactive events, contests and the quiz with valuable prizes were organized for MAI students. The winners received iPhone 12, three iPads and an electric scooter from the rector of Moscow Aviation Institute. The rector also presented letters of gratitude and gifts to the activists of the MAI Volunteer Center – participants in the "Vaccination Helpers" city action.

The final event of the Day of Knowledge program was the movie "The Legend of Kolovrat" in the hall of Moscow Aviation Institute. The show took place within the framework of the KIT Territory social and cultural project implemented by the GPM KIT group of companies and the Central Partnership company.