Unique flaw inspection system based on UAV invented in MAI 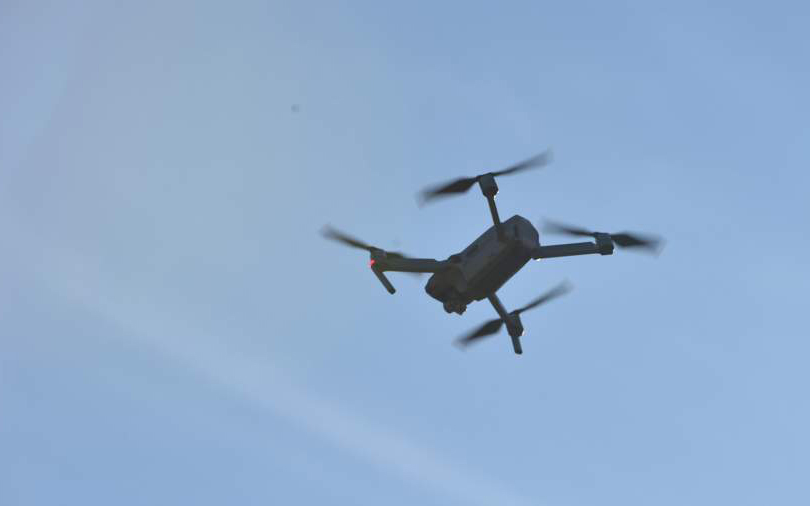 The development of technologies requires new approaches to safety. For example, one of the important processes for enterprises is the timely detection of defects and damages of various industrial facilities, which is often associated with high labor costs and time losses. The invention of unmanned aerial vehicles equipped with modern systems for scanning the surrounding surfaces makes it possible to bring this process to a new level: to make it both more efficient and more cost saving.

Moscow Aviation Institute "Unmanned Aerial Vehicles" Center and Department 806 "Computational Mathematics and Programming" together with the Phygitalism experts carried out joint activities in this direction. The team developed unique system for flaw detection of industrial facilities using drones based on computer vision, and is now developing its project, introducing the analysis of data clouds obtained from lidar cameras.

The flaw detection system created by the team using computer vision allows detecting damage on the surface of industrial objects such as cracks, swellings, fistulas, corrosion and many others.

“The work on the complex for flaw detection of industrial facilities included wide range of tasks,” – says Maxim Kalyagin, Deputy Director of the “Unmanned Aerial Vehicles” Center at MAI. – The experts of the Moscow Aviation Institute were engaged in the creation of an unmanned aerial vehicle, the development of algorithms for autonomous navigation inside the premises and a program that can detect defects in the images taken by the device. The task of our colleagues from Phygitalism was to train neural network that analyzes data received from drone for defects.”

One of the unique features of the project is the creation of one’s own synthetic data generator, which can significantly reduce the process of searching for data for training a neural network.

“Neural network can find defects on the surface of certain objects only after preliminary training. We must “explain” to her what a crack or other damage looks like via examples” – says Vadim Kondaratsev, one of the project participants, the postgraduate student at the 806 MAI department, head of the Phygitalism research laboratory. – The generator of synthetic data created by us allows enriching the training set at the expense of photorealistic images of defects with the appropriate markup, which people usually apply manually when training neural networks. To generate images, a digital twin of the object under study is created beforehand.

The system was tested successfully on a test bench and is already being used by external customers.

“One of our cases is the examination of the TPP network for pipe damage,” – the young scientist continues. – Usually, for this procedure, it is necessary to stop the operation of steam boilers, which are used in thermal heating systems of cities and industrial enterprises, drain all the liquid from them and build rigger inside, so that the flaw detection specialists have the opportunity to get direct access to the pipes. After finding and eliminating defects, the process is repeated in reverse order. Automatic defect detection in practice minimized the time and cost of servicing.”

The advantage of the project is the ability to move to a higher level easily: from 2D flaw detection using computer vision to 3D scanning using a lidar or depth camera.

“Lidar is a special camera with a rapidly rotating laser head that emits laser beams and composes a picture of the surrounding space according to the delay level and amplitude of the reflected beam, –explains Vadim Kondaratsev.

The use of lidar and the analysis of the obtained point clouds make it possible to search for defects that might not be detected visually. In addition, lidar can shoot in the dark, which is a huge advantage of this method.

“There are practically no projects on flaw detection in a cloud of points using synthetic data and auto-tagging on the market today, – emphasizes Vadim. “At the same time, we see great development prospects not only in non-destructive testing, but also in a number of other areas: in agriculture and urban economy, in production for quality control of products, including aviation.”

Currently, the project developers are collaborating with five companies interested in flaw detection services. Work with another two companies was finished earlier.

“Enterprises of the energy sector are showing great interest towards the development, – says Maxim Kalyagin. – Artificial intelligence systems are widely implemented in industrial processes, and it is very likely that in the future unmanned aerial vehicles will be able to replace equipment crawlers and stationary control systems.”