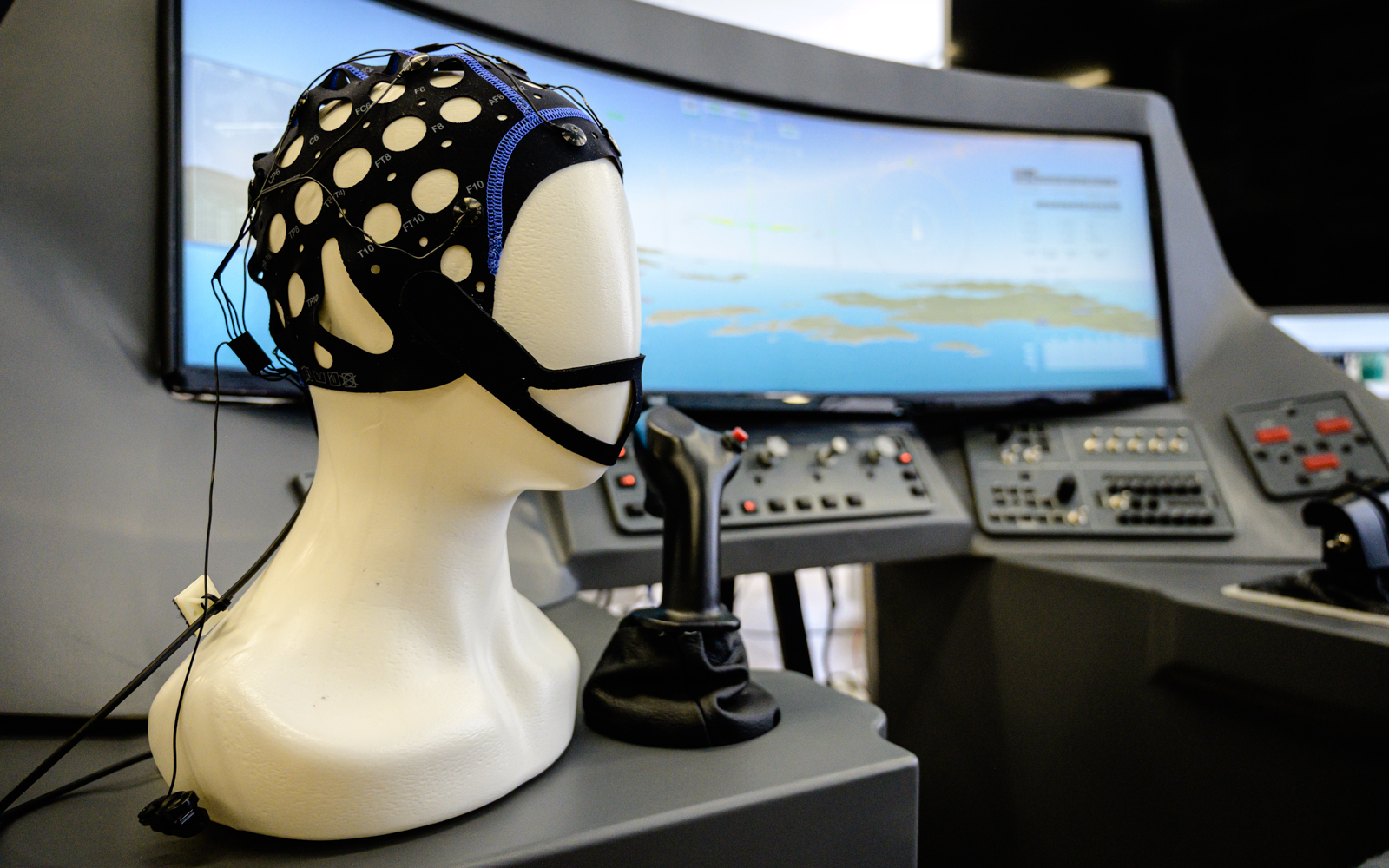 As part of the exhibition program of MAKS-2021, XV International Aviation and Space Salon, Moscow Aviation Institute will present one of its innovative inventions – the human-machine interface prototyping stand. The cockpit stand of supersonic commercial aircraft with one pilot will be showcased at the airshow.

The work on the project is carried out by MAI “Avionics” Center and laboratory No. 3 of the research department 101 of the Institute No. 1 "Aviation Engneering". The proposed integrated approach, combining various modern technologies, will improve the quality of the “aircraft-pilot-safety” interaction, and reduce the cost of development or modernization of the cockpit. The MAI development will debut at MAKS.

The simulator of a panoramic indicator (1200 mm) with synthetic vision system, installed on this stand, allows the operator to evaluate the surrounding space precisely.

This is hardware and software complex that displays artificially recreated images of the environment on the operator's screen. This approach is necessary in cases where poor visibility makes it difficult to fly in a normal mode. The technology is most relevant for low-flying aircraft and helicopters.

The second technology presented at the stand is a system for objective monitoring of a human operator condition. It is comprised of an electroencephalograph with wireless interface, EMG, ECG, gaze/eye tracking system, as well as a software module for assessing the retention of the required flight parameters. The system is designed to support the design of the information control field and the quantitative assessment of the quality of the developed human-machine interface.

– When developing modern human-machine complexes as far as the tasks of their quality assessment is concerned, it is necessary shift from subjective assessments (questionnaires) and observations to objective criteria. The problem is that when developing a human-machine system, its assessment is carried out by people, and thus carries an essential part of subjectivity. As a result, there are often several points of view that do not agree with each other, and the process of their alingment delays the development time of the entire product. Moreover, during the experiments and tests, the human factor may occur, and that will distort the results of the study, – notes Gleb Boyarsky, participant of the project, graduate student, engineer of MAI laboratory No. 3.

Accordingly, double control over the quality of the human-machine interface is carried out. On the one hand, there is a software module that evaluates the deviation from the specified optimal flight parameters, and on the other hand there is tracking of the level of a person's stress, and at what cost he manages (or fails) to stick to the required parameters.

Numerical evaluation task is performed according to the following algorithm: a version of the cockpit and indication is created at the stand; the control group of pilots performs the planned flight with random failures; the obtained data are analyzed: the quality of the flight task according to the criteria of maintaining the optimal trajectory and dynamic characteristics of the flight, the assessment of control errors, the level of operator stress (theta rhythms of EEG, heart rate, EMG), the level of his situational awareness (consistency of the inspection of indicators, the time of searching and fixing the gaze on the indicator patterns) and the safety of actions (safe control of on-board systems and emergency charts performance).

The system may be applied for the design tasks of control points of aircraft or other equipment, in training systems for the accreditation of operators and, further, as an onboard active safety system.

The third technology demonstrated is the virtual procedural stand system. It makes it possible to use virtual reality to train personnel to perform standard procedures, in this case, the first pilot. He puts on the VR headset and then follows the suggested procedure.

From pilot to the first pilot and the machinist

Another peculiarity of the stand is that it is universal and may be used not only to reproduce the operation of a supersonic aircraft.

– Hardware and software are easily reconfigurable. Replace the interior elements and information input-output devices – and we get the device for a helicopter, drone, water, rail or road transport testing. We have a technology for the rapid production of a new layout – it will take no more than 100 days if the initial data is available, – says Boyarsky.

Due to the absence of the necessity to install real on-board components, they are simulated via software. New interior and consoles are introduced, a new mathematics of dynamics, a map, visual and acoustic environment is started – and one has not the cockpit of a supersonic aircraft, but, for example, the cabin of a high-speed train in front of him.

In other words, the technologies implemented in the MAI development allows one to quickly and efficiently use any human-machine interface for the given tasks with the required level of elaboration and quality. In parallel, it makes it possible to apply objective control technologies in order to identify the most high-quality design result from a group of alternative options.

Visitors can learn more about the work of the prototyping stand for the human-machine interface at the main exposition of Moscow Aviation Institute at the MAKS-2021 airshow in pavilion F3.