Aviation of the future: new inventions that MAI presents at MAKS-2021 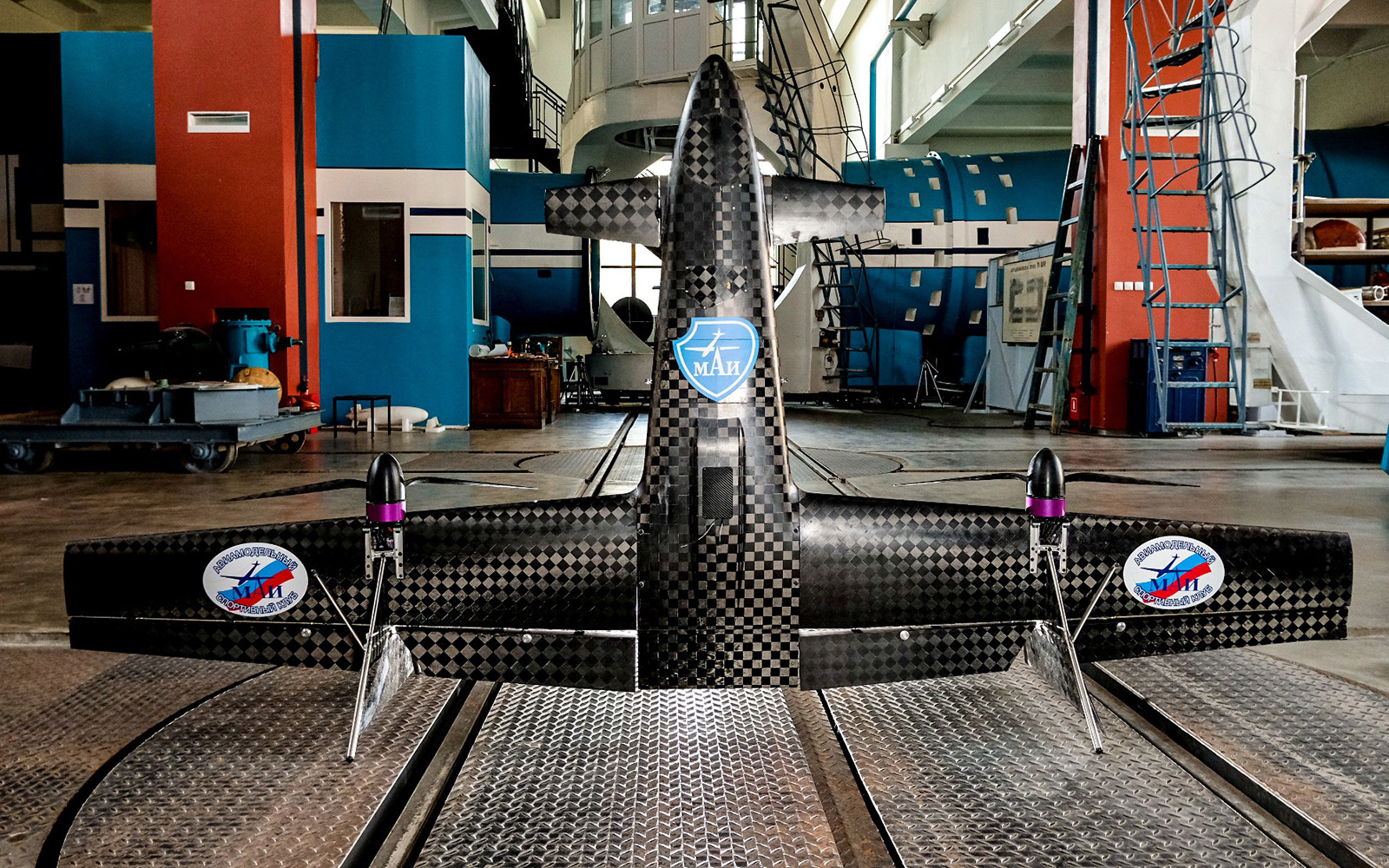 Moscow Aviation Institute (National Research University) traditionally participates in MAKS, the International Aviation and Space Salon. The exhibition is one of the priority activities for the leading high-tech university of the country. It allows to demonstrate the results of breakthrough scientific research, talk about the prospects for the development of education in aerospace industry, form new and strengthen existing areas of cooperation between MAI and partner enterprises, as well as implement the complex of career guidance and scientific research, popular projects for schoolchildren, students, alumni and other visitors.

MAI presence at MAKS expands every airshow. Moscow Aviation Institute is a large research center, which, in partnership with industrial corporations, works in a large number of areas. MAI implements educational and scientific projects in the field of integrated design and mathematical modeling, unmanned aerial vehicles, propulsion and power plants, electrification of engineering systems, IT, service of high-tech products, additive technologies and composite materials, robotization, small spacecraft and others.

This year, Moscow Aviation Institute as usual planned a wide participation in the exhibition and business program of the XV International Aviation and Space Salon MAKS-2021.

– We organize events in many areas of applied science development and personnel training, – Alexander Shemyakov, Vice-Rector for strategic development at Moscow Aviation Institute told us. – We will also demonstrate the results of the university's participation in partnership projects with enterprises of the aerospace industry.

Special attention will be paid to MAI joint programs with leading enterprises of the aviation industry. At the stand of the university, a mock-up of a light multipurpose LMS-901 “Baikal” aircraft will be demonstrated, in the development and production of a prototype of which Moscow Aviation Institute participates according to the order of the subsidiary company of the JSC “Ural Works of Civil Aviation” – :Baikal-Engineering”.

The creation of the airframe was carried out in MAI Branch Special Design Bureau for Experimental Aircraft Building (OSKBES), which has a certificate of a developer of aviation equipment and has acquired 55 years of experience in the design and production of light and ultralight aircraft. A number of well-known aircraft, such as “Kvant”, “Aviatika-MAI-890”, "MAI-223", "Aviatika-MAI-900", “Acrobat" , "MAI-411" and others were designed and produced here.

"Baikal" is designed for operation in remote areas. The nine-seater aircraft should replace AN-2 in the fleets of local airlines and help improve transport accessibility of Russian regions. The aircraft will be able to carry up to 2 tons of payload over a distance of more than 1,500 km. The takeoff run is about 250 meters.

The important conditions of the project were the use of domestic components and assemblies, high maintainability in local conditions, cost-effectiveness, quick integration into existing transport systems.

Technological preparation of the assembly production was carried out using modern technologies, such as plasma-free linkage, installation of tooling using a laser tracker. The wing and keel mechanisms are made of composite materials. The launch tests and the maiden flight are scheduled for the end of this year.

One of the promising technological trends is, of course, the unmanned aerial vehicles. According to Trends Market Research, the volume of the world market for the use of UAVs by 2030 will grow 15 times if compared to 2020, and will amount to about $ 80 billion.

Moscow Aviation Institute pays great attention to the development of unmanned aircraft systems. Various solutions in the field of unmanned aerial vehicles are being developed in the Unmanned Aerial Vehicles Center of Excellence, as well as in several other institutes of Moscow Aviation Institute. In cooperation together with the leading enterprises, work is underway to create concepts and complexes of UAVs throughout the entire cycle – from modeling application systems to the production of individual systems and the device itself.

Both students and schoolchildren are being taught the technologies of the unmanned future at MAI. The University has the Drone School laboratory of the Children's Technopark “Takeoff Trajectory”, as well as the Student Design Bureau for Aviation Modeling, where students carry out research and development work in the field of unmanned aerial vehicles and aviation modeling. As part of the activities of the National Technology Initiative, Moscow Aviation Institute annually conducts its unmanned aircraft systems track with the support of PJSC “United Aircraft Corporation” and PJSC “Sukhoi Company”.

At MAKS MAI will present one of its developments in the field of unmanned aerial vehicles – vertical take-off UAVs, developed by the SKB AM MAI team, headed by its leader Igor Trifonov. This drone became a prototype for further work of SKB with JSC “Almaz-Antey”. The UAV is implemented according to the "Duck" aerodynamic design. This design combines the advantages of a copter and classic airplane design. During horizonal flight, the device relies on lift and saves energy due to the presence of wings, while having all the advantages of a copter, such as vertical takeoff, landing and the ability to hover in the air. The design includes an opening fenestron with a reversible thrust for stability when landing vertically. The drone has a wingspan of 2.7 meters, its flight weight is 17 kilograms, and its flight time is 40 minutes. The thrust of the engines is one and a half times the weight of the product.

Of course, the participation of MAI in the exhibition program of the air show will not be limited to small aircraft and UAVs. At its own exposition MAI plans to showcase a number of new developments in the area of composite materials, prototyping of the information and control field of promising aircraft, units of an accident-resistant fuel system, aircraft engines and power plants, small spacecraft, samples of electric propulsion systems for small spacecraft and others.

Visitors can learn more about the layout of the LMS-901 “Baikal” light multipurpose aircraft and vertical take-off UAV at the main exposition of the Moscow Aviation Institute at the MAKS-2021 air show in pavilion F3.