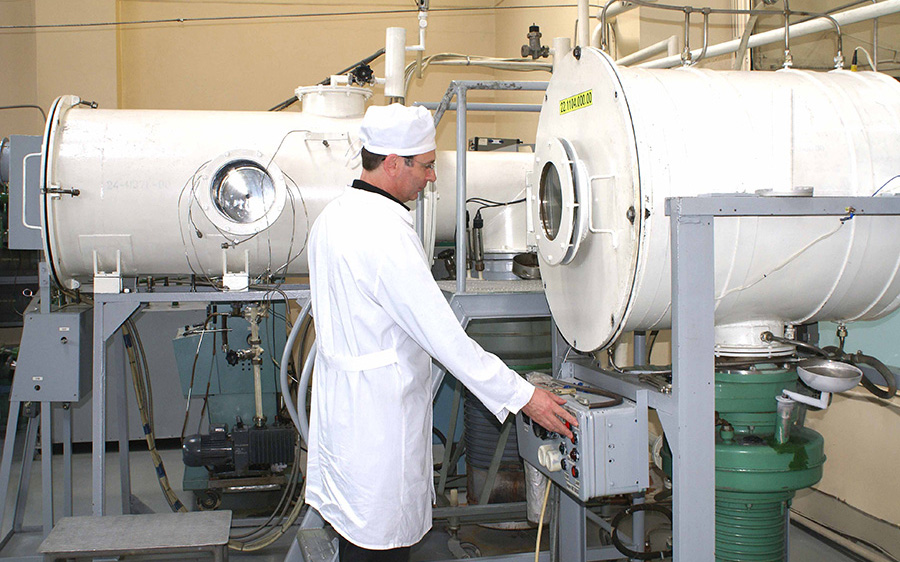 The development of the rocket and space industry is gaining speed every day, requiring new breakthrough solutions that can make spacecraft even more economical and efficient. One of these promising solutions could be the widespread introduction of stationary plasma engines (SPM). The principle of their action consists in the generation of ionized gas (plasma) and the creation of jet thrust due to its acceleration in an electric or magnetic field. Compared to thermal engines, plasma engines have much lower consumption of the working body, i.e. the thrust-generating gas - which allows saving the mass of the spacecraft's service systems and increasing the payload.

Although stationary plasma engines have been in use for decades, there are still a number of poorly understood processes that make their use on new vehicles difficult. For example, it concerns the process of interaction of plasma jets with elements of spacecraft. Denis Merkuryev, head of department 11 Stationary Plasma Engines at the Research Institute of Applied Mechanics and Electrodynamics, MAI, has begun work to fill this gap.

The young scientist intends to conduct an experimental study of the formation of recharge ion fluxes in the jet of stationary plasma engines. It is precisely the overcharge ions that can have a deleterious effect on the surfaces of the structural elements of spacecraft and cause them to be damaged. There are also plans to create a methodology for such research, which will make it possible to determine the feasibility of installing SPD on certain spacecraft at the design stage. At the end of 2020, Denis Merkuryev's work was supported by a grant from the President of the Russian Federation.

The first laboratory models of SPD in our country were created at the Kurchatov Institute of Atomic Energy under the leadership of Alexey Morozov. The history of SPD practical application began with the launch in 1972 of the first experimental engine developed at OKB Fakel jointly with the Kurchatov Institute of Atomic Energy. Kurchatov Institute. Subsequently, several SPD-based electric rocket propulsion systems were put into pilot operation, which made it possible to refine the technology for building flight models. As a result, OKB Fakel became the world's leading enterprise in the development and production of SPD for spacecraft 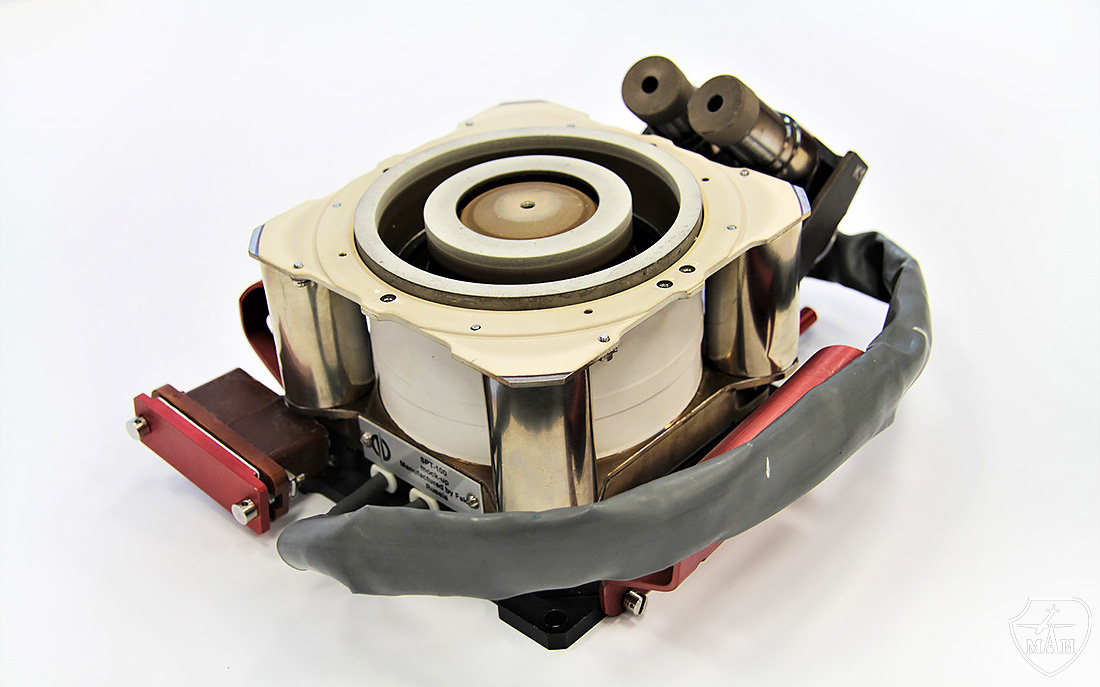 In 1982, the SPD-70 engine began to be used serially in the Cosmos and Luch geostationary satellites. Since 1994, SPD-100 engines have been used on Express and Guls series satellites. Since 2017, a number of foreign spacecraft have been using SPD-140 engines from the same range. All the above-mentioned engines were developed at OKB Fakel with scientific and technical support from MAI, using inventions created at the university. A great contribution to the development and implementation was made by specialists of the MAI: Vladimir Kim, Leonid Latyshev, Sergey Khartov, Harry Popov and many others.

Despite their advantages, stationary plasma engines were not as widespread as liquid and solid propellant engines, which create thrust by releasing heat during the combustion of fuel components. They were mounted primarily on geostationary communications satellites, at suboptimal angles to keep the plasma jet from striking the structural components of the vehicle.

"Today, the interest in SPD is very high," says Denis Merkuryev. "This is due to the physical limitations of thermal engines: oxygen and hydrogen can't burn more intensely, no matter how much we want them to. In electric motors, which SPDs belong to, theoretically there are no such limitations: the more voltage we apply, the higher the speed will be."

Plasma thrusters are attractive because of the parameter that the velocity of the propellant flowing out of the nozzle. Whereas liquid rocket engines have a velocity of 4 km/s, plasma thrusters have velocities of 10 km/s or more. This allows to spend at least 2.5 times less fuel, which is critically important for spacecraft, which, as you know, "carry everything with them".

"The use of SPD offers significant benefits, but also has a side effect. A jet of plasma escaping from an engine can damage elements of a spacecraft's structure, such as reducing the efficiency of solar panels and damaging antennas and other equipment," says Maevets. "That's why developing an accurate method of assessing the impact of the jet on the spacecraft is so important."


The study will be conducted in a vacuum chamber. After placing the engine model inside the chamber, a simulated space vacuum will be created, and special probes capable of detecting electrons and ions will measure plasma parameters. The work is scheduled to be completed in a year and a half.

"Nowadays, they want to use SPDs practically everywhere, especially in small spacecraft and their constellations. They are quick to make, cheap to buy and do not require as much serious and time-consuming testing as traditional space systems. The research will be very useful for the development of such spacecraft and, in the future, for the creation of a new generation of aerospace vehicles," concludes Denis Merkuryev."