MAI student becomes a winner of the International Student Congress 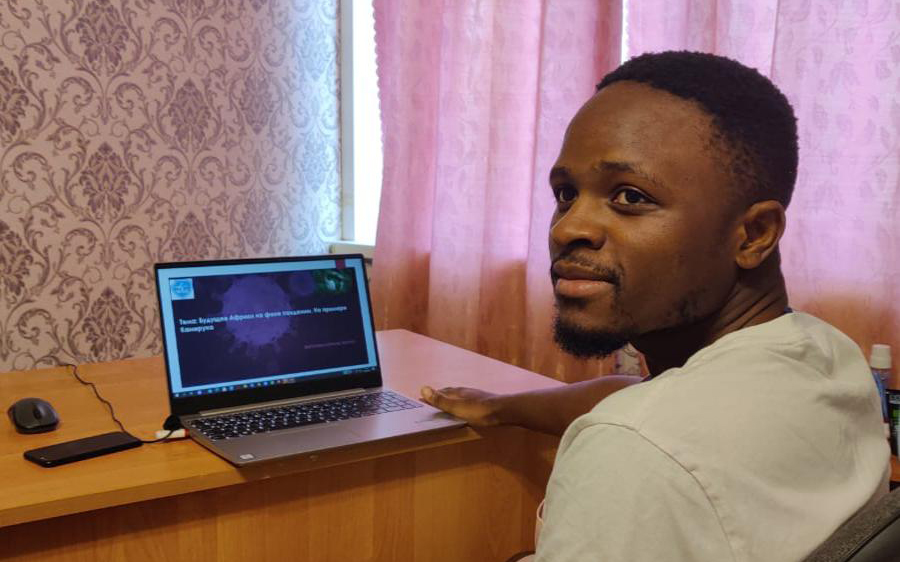 A first-year student of the MAI Institute No. 3 "Control Systems, Informatics and Electric Power Engineering", Germain Kenfack, won the XII International Student Congress on "Overcoming the Pandemic: Creativity and Solidarity". The event was organised by the Financial University under the Government of the Russian Federation and was held in a distance format.

The MAI student presented a study on "The future of Africa against after the Pandemic on the example of the Republic of Cameroon" and was awarded the Diploma of the third degree. Scientific guidance in the preparation of the report was provided by Alexei  Komarov, Associate Professor of Department 518 "History" of MAI. Other lecturers of the department were involved as consultants.