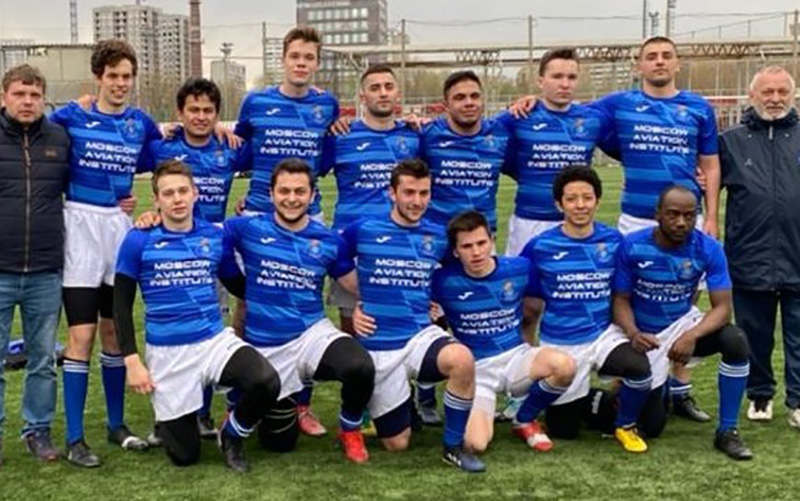 On April 18, the MAI team, consisting of Russian and international students, took part in the second round of the Moscow Rugby Sevens Championship among students. The event was held on the field of the Spartak football complex in Sokolniki. 13 strongest student teams took part in the competition.

The teams were divided into four groups according to the results of the first round. The teams played in groups according to the round-robin system, and then played the semifinals and finals. In the same group with the Moscow Aviation Institute were teams of the Bauman Moscow State Technical University and the Russian State Agrarian University - Moscow Agricultural Academy named after K.A. Timiryazev.

In the semi-finals, our boys faced the students of Moscow Power Engineering Institute and were defeated 45-5. As it turned out, this was the only team, which made a mark in the MAI pitch.

In the final, the MAI team met with the team of the Moscow Higher All-Arms Command School. It was the most interesting and colourful game of the day. The opponents were very competent and active throughout the tournament and given their excellent physical preparation, they looked powerful and confident. But in the final game the stronger, more skilled and competent team appeared. The result was 25:0.

Thus, after a long break, caused by quarantine, our rugby team once again showed its superiority.