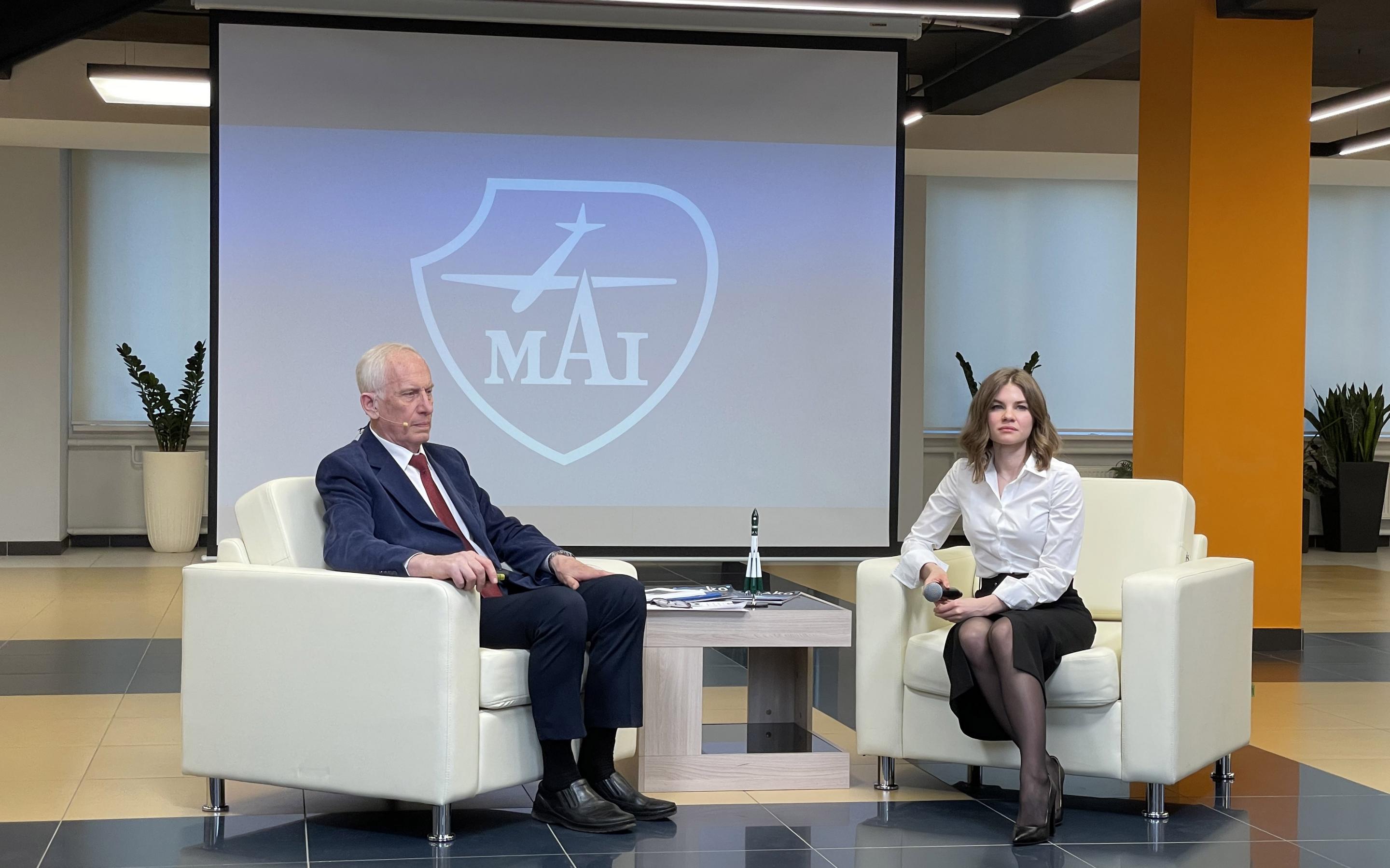 Moscow Aviation Institute and the Russian House of Science and Culture in Paris organized the online lecture timed to the 60th anniversary of the first manned flight into space. The topic was “The Union of the Two Outstanding Scientists – Sergey Korolev and Vasily Mishin”, the lecture was read on the eve of Cosmonautics Day. The event, attended by more than 250 people from Russia and France, was held by the Academician of the Russian Academy of Sciences, head of the MAI department 601 “Space Systems and Rocket Engineering” Oleg Alifanov – one of Vasily Mishin’s students.

The welcome speech of the head of the RHSC in Paris, Konstantin Volkov, and the address of the Ambassador of the Russian Federation in France, Alexey Meshkov, opened the event. The ambassador congratulated the audience on Cosmonautics Day, stressing that the Soviet Union took the first step into space just 15 years after the Great Patriotic War. The ambassador highlighted the key events of the 55-year history of cooperation between France and the USSR, and afterwards Russia, and noted that France cherishes the memory of the meetings with Yury Gagarin.

Academician Alifanov was contemporary of the first manned flight into space, and he spoke about the impressions of the citizens of the Soviet Union from the stunning news about the event of the 12th of April 1961 and about the personalities who, with their talent and colossal work, made it possible to fulfill the dream of many generations – about Sergey Korolev and Vasily Mishin. He recalled that Mishin was like a father to the students of Moscow Aviation Institute and he also was a real generator of ideas, a hard-working and sincere person, at the same time principled and adamant.

At the lecture, there also were interesting facts announced about the life and research made by Konstantin Tsiolkovsky, Igor Kurchatov, Friedrich Zander, Mikhail Tikhonravov, and Mstislav Keldysh, about the scientific achievements of Soviet and Russian students in astronautics and rocketry.

At the end of the online event, the lecturer answered live questions from the participants.


The video of the lecture is available both in Russian and in French on the channel of the Russian House of Science and Culture in Paris on YouTube.