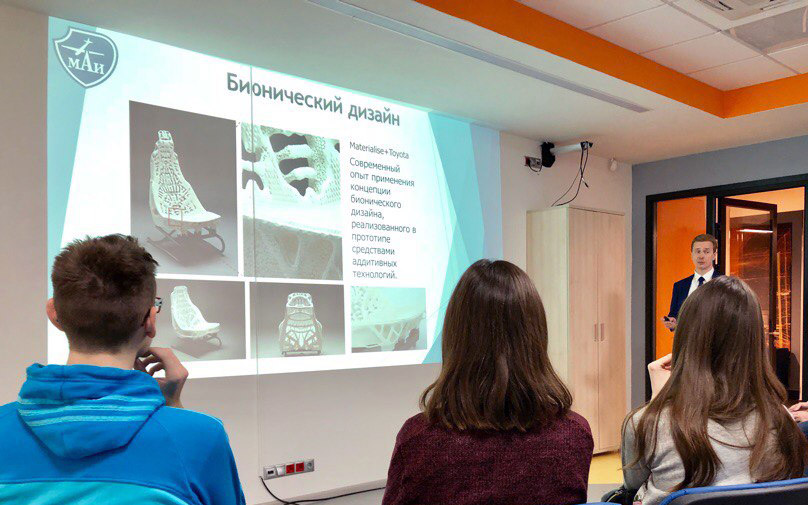 Bionics is the science that studies the application of wildlife forms, properties, functions, and structures in technical devices and systems. It is the very core of most key inventions. Speaking about the wheel, even its inventors were inspired by the Sun that makes its way in the skies from East to West.

Bionic gradually faded into insignificance in the XIX-XX centuries. It seemed that robotics or digitalization was the future of mankind. But it soon became clear that most of the technological solutions are universal. They can be used everywhere: in the factory, and transport, and the countryside successfully. The task is to adapt the solution correctly, to find the zest, due to which the technology will take off under specific conditions. And it was when the bionics returned triumphantly. It turned out that the use of natural forms and materials allows getting the maximum effect from business automation and digitalization.

3D printing added momentum to the broader application of bionic solutions during the past decade. As it turned out, additive technologies are ideal for the implementation of complex bionic forms. They are already used to create prostheses, in mechanical engineering and construction. New products turn out to be lighter than their conventional counterparts, and equal in terms of strength or flexibility properties.

It was 3D printing that was used to produce titanium fasteners for the bionic luggage racks of the A350. Their weight has decreased by 45%. The company is now working on large bionic materials printing.

The manufacturing of a partition for the A320 family aircraft, separating the passenger cabin from the galley became the first step in this direction. It was 3D printed from a special material called Scalmalloy (aluminum, magnesium, and scandium alloy). The bionic structure looking like the spider web became the result. Compared to the partitions that are currently used in airplanes, the weight of the product was reduced by 30kg. So far, it is the world's largest 3D-printed aircraft cabin component.

“3D printing is a tool for modeling and creating geometric shapes for bionic design. It can be replaced by conventional industrial production methods, but about 70% of bionic parts are more efficiently created via using additive technologies. This is acute when there are internal cavities or complex channels in the bionic form. And sometimes 3D printing is the only way out. Like, it was technologically impossible to create inseparable parts earlier, for example, for prosthetics, and several separate elements had to be pulled together with hairpins.

3D printing also has limitations so far. There is not much experience in printing bionic products, more analysis is needed: it is not always obvious how long it will last. For example, in Holland, they recently presented a printed bridge using bionically optimized geometric shape, but this is only a concept, and it is not yet clear how the structure will behave over time.

Mass-produced industrial printers have limitations as far as the size of the products they can reproduce is concerned. But the geometric shape and correct technological division today can provide solutions for the use of the most common chamber size for constructing industrial 3D printers for selective laser fusion from metal-powder compositions (250 × 250 × 300 mm). Printers with a large working area (from 500 × 500 × 500 mm) for printing with metals are still a very expensive tool.

Besides, one of the main constraints in the development of both bionic form modeling technologies and 3D-printing methods is the lack of qualified personnel. Another problem is the lack of software. When we get preliminary geometry after topological optimization, it happens semi-automatically (the result of optimization also depends on the engineer who forms the initial requirements). The operator needs to process the model additionally. Then difficulties may arise during the printing, its result is still difficult to predict. However, the results in the horizon of the coming years might be significantly improved through the use of artificial intelligence technologies”.