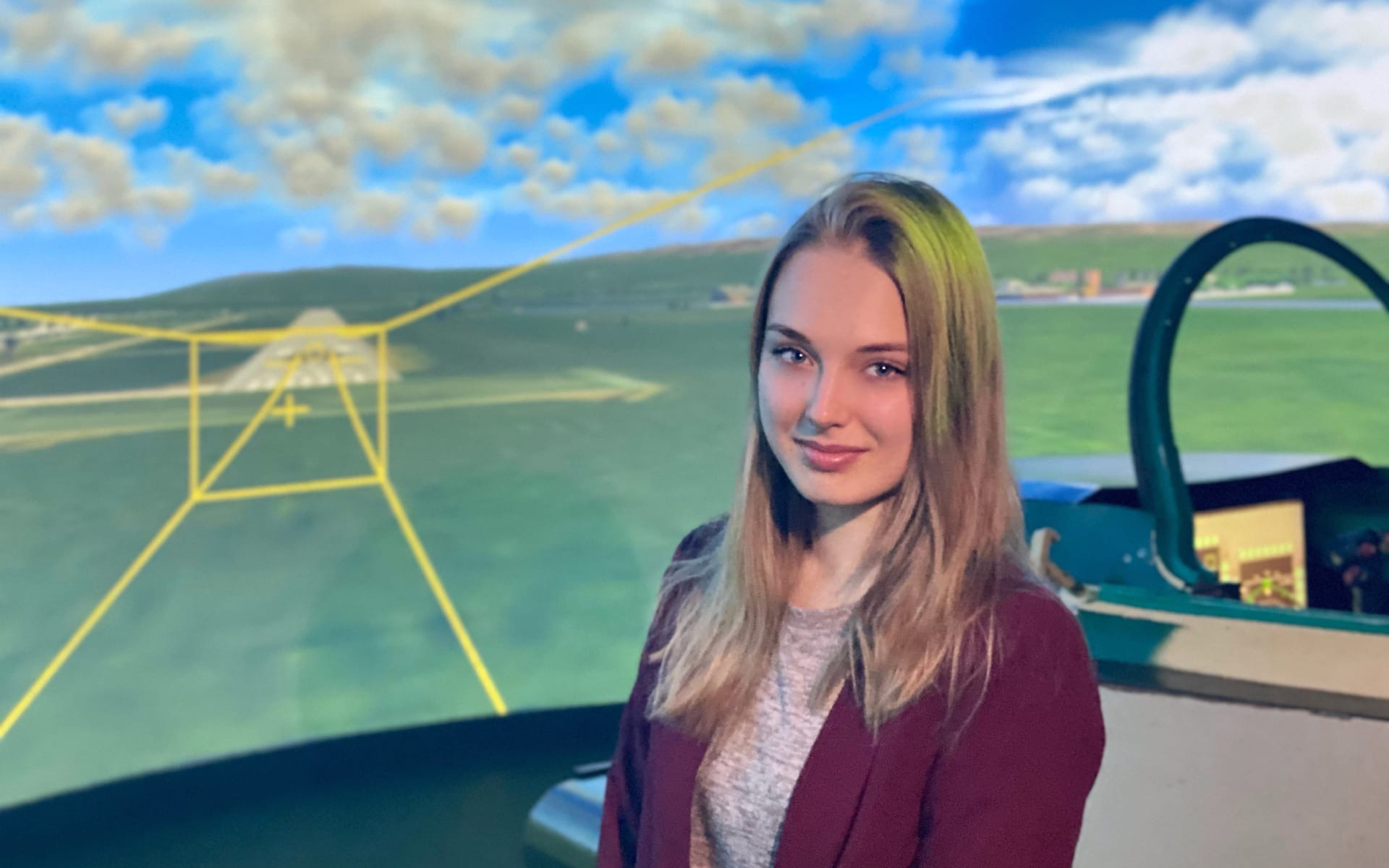 The development of aviation technology goes hand in hand with the constant improvement of flight safety. Smart aviation systems guarantee high accuracy and reliability of automatic piloting nowadays, however, when controlling an aircraft in manual mode, the erroneous actions of the pilot remain the most common cause of the emergency. The forecast display invented and developed in MAI, and equipped with the visualization system on the frontal glass of the aircraft, can minimize the risk of a number of errors associated with hitting the atmospheric perturbations area.

Experts of the “Flight simulators and the "aircraft-pilot" systems” research laboratory Alexander Efremov, Mikhail Tyaglik and others, are the developers of the display. Initially, it was intended to solve problems that require high piloting accuracy, such as deck landing, fly-around, refuelling in the air.

Currently, the evaluation of the display's effectiveness for improving flight safety in conditions of intense and unstable vortex influences is being finalized. For example, laboratory engineer Tatyana Voronka in her study proved the efficiency of using this system when aircraft hits the trail line - a vortex flow created by another aircraft.

Aircraft trail lines, especially long-haul ones, pose a serious threat to other aircraft.

“There are many examples when passengers and flight attendants got injured when aircraft hit a vortex flow at flight level,” says Tatiana Voronka. “If getting into the trail occurs during take-off, approach and landing, then in most cases this leads to fatal consequences. Small aircraft are especially susceptible to this effect. The growth of the number of civil wide-body aircraft together with the development of small aircraft increases the probability of emergency”.

The effect of the trail on the aircraft depends on the conditions of its entry into it. The lateral impact of the vortex will cause a large load on the fuselage and wing, which is very dangerous from the point of view of damage to the aircraft structure. But the most unfavourable option is getting on the train while being on a parallel course. This leads to a sharp roll of the aircraft in one direction or another, which, with a minimum headroom, might turn into a spin. Prompt adaptation of the cockpit crew to the changed conditions is required to avoid such consequences.

“Our display system indicates the deviation from the set trajectory, that cannot yet be detected without technical means,” explains Tatiana. “Pilot sees the permissible corridor and can correct the course timely. Another advantage is that there is no need to constantly monitor the devices, which simplifies the task in a stressful situation greatly".

Experimental studies that were carried out on the MAI flight stands showed that when using the predictive display, it is possible to maintain the given level of accuracy and safety of piloting even when the aircraft hits a strong vortex at a small distance from the runway. The work became part of the Federal Target Program, supported by the Ministry of Science and Higher Education of the Russian Federation within the framework of the Eighth Framework Program of the European Union for the Development of Scientific Research and Technology "Horizon 2020".

Next, the researchers intend to test the possibility of using the system on supersonic commercial aircraft. In 2020, the Moscow Aviation Institute together with the Central Aerohydrodynamic Institute named after Professor N.E. Zhukovsky and other partners became the members of the consortium of the world-class scientific center "Supersonic" within the framework of the national project "Science".