The first to reach the space 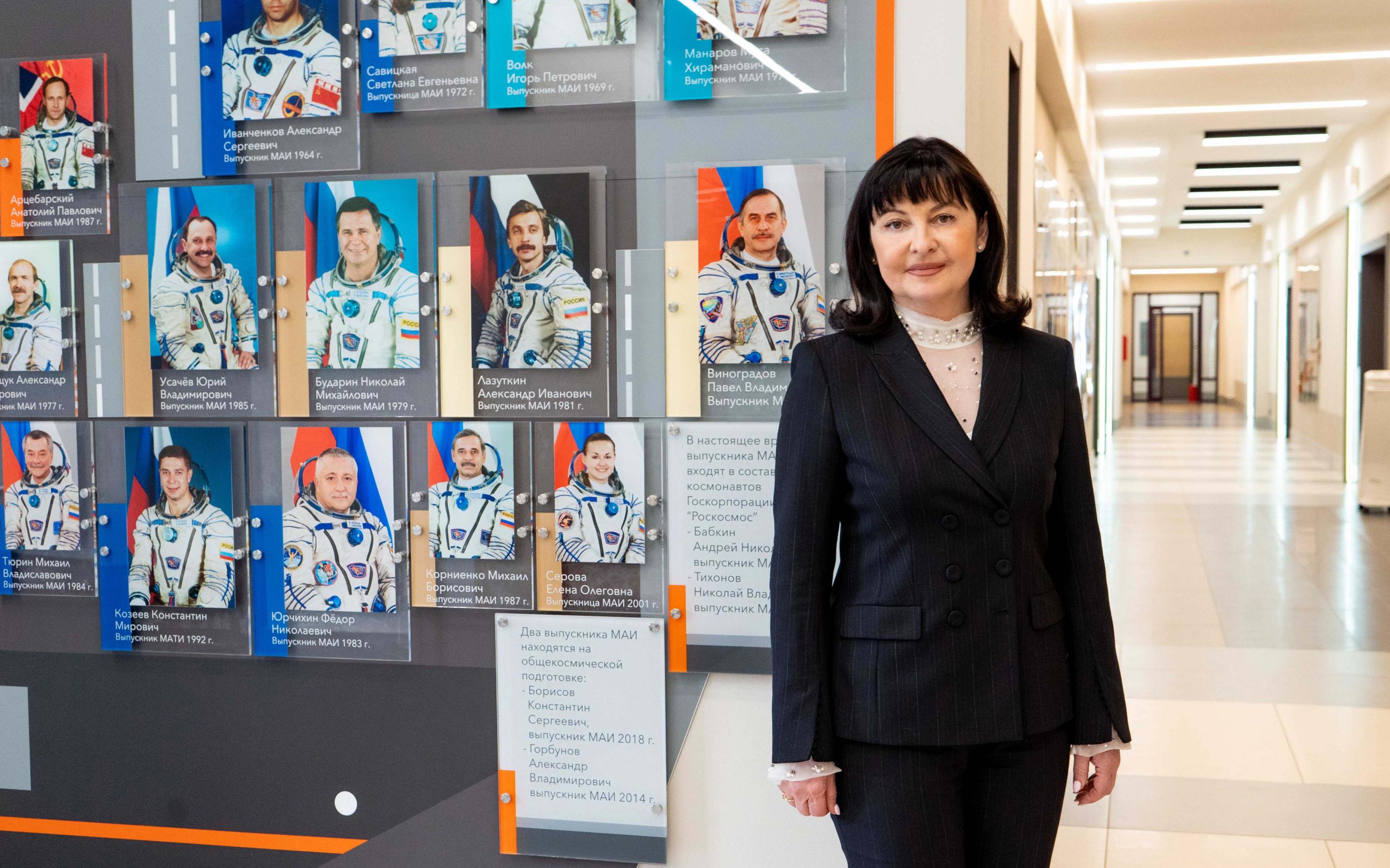 The Aerospace Institute of the Moscow Aviation Institute (National Research University), created on the basis of the MAI faculty with the same name, has been contributing to Russia's leadership in space for more than half a century.

As far as space exploration is concerned, Russia continues to be one of the recognized world leaders. It was in our country that an artificial Earth satellite was launched for the first time on the 4th of October 1957, and 60 years ago, on the 12th of April 1961, a man flew into space for the first time. Senior lieutenant Yuri Gagarin, the fighter pilot, became the first cosmonaut of Russia (USSR at that times) and of the world. He opened the space era in Russian and world history. He predicted the creation of a new faculty: on the anniversary of his flight, he visited the Moscow Aviation Institute and left the letter here – it was his message to the MAI residents, and he highly appreciated the achievements of students and the employees and noted that the development of cosmonautics required training of a large number of engineers in it. Yuri Gagarin's letter to the MAI residents is kept in the university museum.

Many educational institutions of the aviation profile were involved in solving the problem of personnel training for the space industry, and among them MAI took a particularly significant place. In 1968 the Aerospace (the 6th) Faculty was opened at the university, and in 2018 it was reorganized into the Aerospace Institute. Among civilian universities, it was MAI that scored the most cosmonaut pilots - 23, and 40 years ago it was here in MAI that the very first student satellite was created and sent into Earth's orbit.

Now MAI Aerospace Institute is a large educational and scientific center that trains highly qualified engineers and engineers-managers for international state, joint-stock and commercial aerospace organizations. Olga Tushavina, the Director of the Institute, spoke about the glorious past of the famous institute and its up-to-date achievements.

Could you mark some famous engineers and aerospace scientists that have graduated from your institute?

Our graduates are well known at the Vostochny cosmodrome. Especially for the cosmodrome, we have already prepared several graduates of experts, including those for the first launch.

What training programmes used to be offered at the institute and what kind of training you are conducting now?

The MAI Aerospace Institute educates engineers for the entire life cycle of rocket and space technology for international enterprises and organizations of the rocket and space industry and other high-tech sectors. The higher education of an engineer in the aerospace field, in addition to special subjects, includes the in-depth study of such disciplines as informatics, ecology, system analysis, monitoring and control, communications and navigation. The following are identified as priority areas: systems for the digital transformation of the design, production and operation of aerospace equipment; computer modeling in the design of space systems and unmanned aircraft; medical and technical and life support systems of rocket and space components; experimental development and operation of aerospace technology.

At the Samara National Research University named after Academician S.P. Korolev, that was founded in 1942 as the Kuibyshev Aviation Institute and until recently was called the Samara State Aerospace University, they have the experience of involving students in the creation of a real spacecraft. Do you practice the same thing at your institute?

Students of faculty No. 6 developed and assembled the world's first student satellites of the Earth "Radio-1", "Iskra-1" and "Iskra-2", and they successfully operated in space in 1978 and 1982. Work on the creation and launch of small-sized satellites and nanosatellites continues nowadays.

Students' research activities are the core of our approach to the educational process organization. In our institute, students gain experience via working on prospective projects carrying out the research work with the leading enterprises of the Roscosmos state corporation: RSC Energia, NPO named after Lavochkin, and others.

In 2017, as part of the "Canopus", the apparatus made at "Iskra" was launched into orbit – it was created in the same design bureau that had created and successfully launched the world's first student satellite back in 1978.

Our students and staff take part in various international space programs, such as conducting experiments on the International Space Station.

Is there any peculiarity in the modern training system at your institute?

We are constantly modernizing the areas of training and updating the content of our educational programs. The main topics we focus on are small spacecraft, platform technologies, flexible payloads, multi-satellite space systems, reusable launch vehicle technologies, product lifecycle management, digital production and design of rocket and space technology, bionic design, composite materials, additive technologies, design at a given cost. Here it is important to form new approaches and methods of design and engineering and design training.

This will make it possible to create specialists who will be in high demand worldwide. In future, they will be able to replenish the team of professors, scientists of the Moscow Aviation Institute and will pass on the knowledge to new generations. The Aerospace Institute will rely on the latest developments of our partners - industrial enterprises to implement the second part of our strategy, concerning conducting advanced research and development projects and bringing them to markets. The government and the President have set large and ambitious tasks for the rocket and space industry, and they, of course, will be implemented with the overall participation of MAI.

It is also worth mentioning that MAI students become the winners of the National Interuniversity Championship "Young Professionals" according to WorldSkills standards in the profile competence "Engineering of Space Systems" annually. This confirms that it is at the Moscow Aviation Institute that one of the best training systems in this high-tech area has been established. The high quality and relevance of education at the Moscow Aviation Institute is also evidenced by the fact that the average USE score of our applicants has grown by more than 14 points over the past five years.

What new programs have appeared recently?

In 2019, three new educational programs related to digital manufacturing, design and composites were introduced. The same year the Aerospace Institute launched two Master's programs in English for international students in addition. Another innovation is the introduction of individual educational trajectories, as well as additional opportunities for obtaining managerial and linguistic courses in the framework of educational programs.

At the beginning of 2020, new modular programs for retraining, personnel were launched for the enterprises of Roscosmos, and in autumn the first graduation of a group of students from JSC TsNIIMash took place. In September 2021 a new master's program in cooperation with the Cosmonaut Training Center named after Yury Gagarin (CPC) will be introduced.

This academic year, six test cosmonauts and three employees of the CTC were enrolled as postgraduates to MAI. In fact, we are talking about targeted training of highly qualified personnel for Roscosmos. 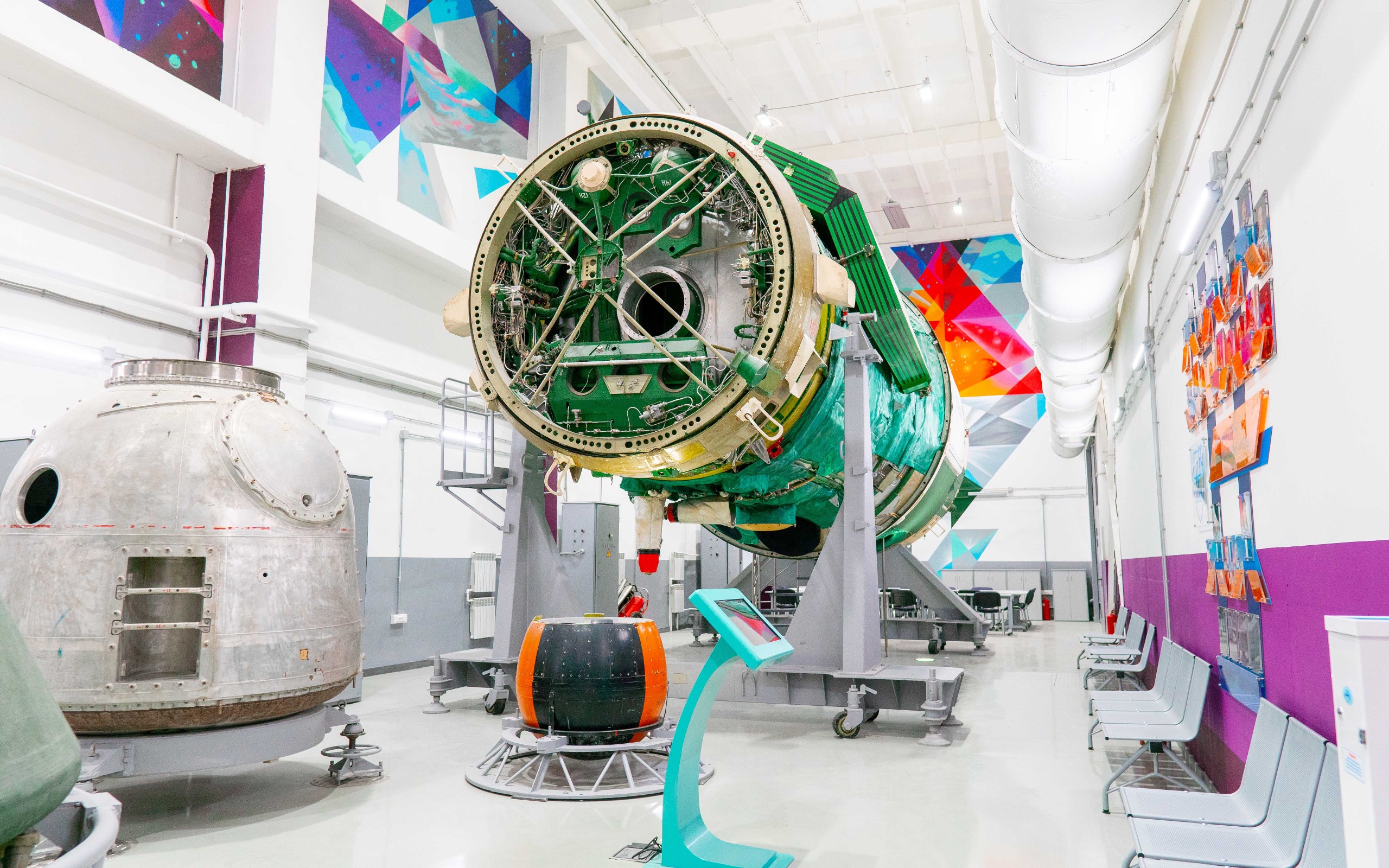 Could you please draw examples of international cooperation?

As part of scientific programs conducted by Roscosmos, the institute collaborates on space research with the largest foreign space agencies - the European Space Agency and the National Aeronautics and Space Research Agency of the United States.

What are the plans of the institute for the near future?

We have the most ambitious plans concerning the production and development of small spacecraft weighing up to 100 kg, satellite platforms of the Cube Sat class from 3 to 6 units. Our institute plans to take the leading positions in strength and thermal calculations for commercial launches. In the nearest future, it is planned to create the Center for the design and production of small spacecraft.

At the end of our conversation, would you be so kind to congratulate our readers on the Cosmonautics Day? What can you wish them on the eve of this wonderful holiday?

I want to wish everyone success in the creation of prospective rocket-space and other modern technology, I wish everybody high flights in life and the constant conquest of the mysterious space! In our turn, the Moscow Aviation Institute will continue to contribute to the development of cosmonautics, as we have done throughout its history.