UAC and MAI: Two Wings of the Russian Aviation Complex 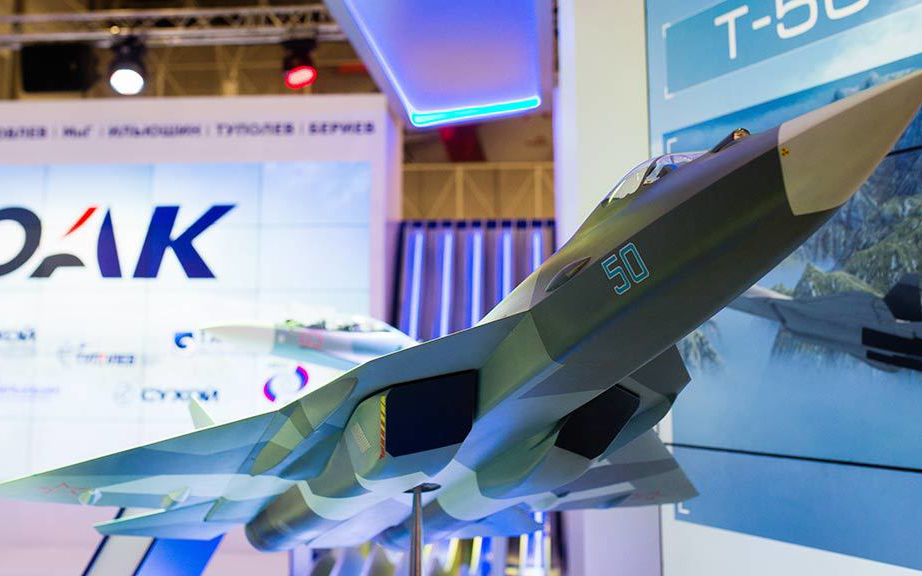 Established in 2006, the United Aircraft Corporation (UAC) has significantly progressed for the last 15 years. In 2019, it became part of the country's largest industrial corporation - Rostec. The Moscow Aviation Institute is the undisputed leader as far as the education and training of the UAC personnel for the Russian aviation industry is concerned, and the most important strategic scientific and educational partner of the corporation.

Within the framework of the comprehensive cooperation between MAI and UAC, research and development work is carried out, and a system of personnel training and retraining is being implemented. It is the comprehensive approach that plays a key role in achieving the common goal: building the potential of the Russian aviation industry and implementing prospective programs to create highly competitive aircraft models.

The research and development work is carried out with all the UAC key enterprises throughout the entire life cycle of their products – starting from the initial stage – the stage of formation of documents for the conceptual design - and ending with the production of prototypes of aircraft system aggregates. Strength and aerodynamic calculations, mathematical modelling of systems general aircraft equipment, as well as optimization, certification and operational problems solving are the areas of interaction.

Aircraft of the new generation

Today MAI participates in all the prospective civil aviation projects of Rostec and UAC. The key ones are the projects of the new generation SSJ-New and MS-21, and the Russian-Chinese wide-body long-range t CR929 aircraft.

The important project that is being implemented with the participation of MAI is the MS-21 medium-range narrow-body commercial aircraft, PJSC “Irkut” Corporation” is its main developer. The introduction of innovative solutions and the use of a large amount of domestic composite materials in its construction will provide the MS-21 with the best technical characteristics - if compared to other aircraft of the same class. MAI contributes to the project by carrying out strength calculations.

MAI is now in close cooperation with the PJSC “Irkut” Corporation” branch – “Regional Aircraft” - within the framework of the SSJ-New project. University experts are involved in the development of the aircraft imbalance supervisory system and wing mechanization.

The Moscow Aviation Institute also plays important role in the CR929 project. University employees carry out their work in such areas as aerodynamics, aeroacoustics, strength, problem-solving in terms of forming the certification basis and the list of methods for determining compliance. Besides, the university carried out work aimed at defining the concept of the aircraft life cycle, shaping the appearance of the integrated logistics support system. Therefore, right now MAI is already involved in all the main processes that are necessary to provide the so-called “gate approach” to the program management.

The Center for Mathematical Modeling, the Center for Energy Systems and another centre of competences that were created in MAI, also play important role in the work for prospective projects.

At the disposal of the Center for Mathematical Modeling in 2020, a new supercomputer with a capacity of more than 152 teraflops became available, and that significantly expanded the university's capabilities related to the design of aerospace technology, the creation and implementation of breakthrough technologies for innovative projects.

The machine is designed for structures and their elements virtual testing, computational studies of coupled aerodynamics and wing strength, the fatigue strength of composite and metal structures research, including computational prediction of the development of defects and damage, etc.

“The Moscow Aviation Institute plans to increase the capacity of the equipment,” emphasizes Roman Klinovsky, Director of the Directorate for Advanced Scientific Programs, MAI. “We are aimed at the situation when our capabilities exceed all the needs of our key partners, including PJSC “UAC”. 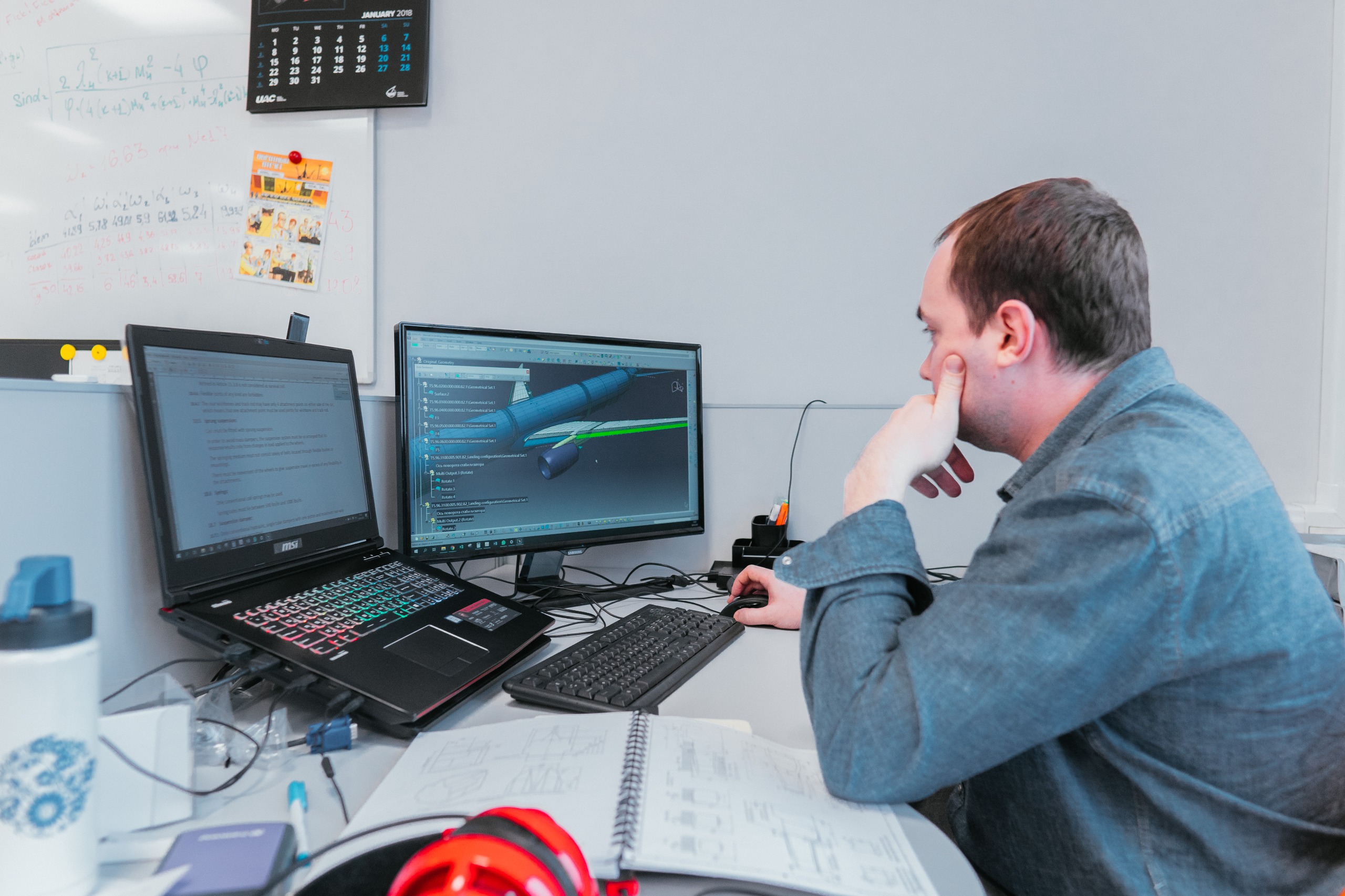 In 2020, together with UAC, the implementation of a set of solutions for modelling and controlling the weight characteristics of high-tech products was launched. A so-called weighing platform is a unique tool that allows the users to solve design problems at all stages of the product life cycle. The project comprises the creation of a unified database of prototypes, the full-fledged system for working with statistical data and forecasting the development of a product project, and the formation of a digital model of the weight of the product.

Users will have the access to the possibilities of calculating the mass of the empty loaded aircraft, the formation of a system of limited masses, the calculation of alignment and other modules. It is planned to create optional modules for the specific needs of the customer. It is planned to provide the customer with the product, which will include the license for a software package, educational services, IT consulting services, and technical support for users.

Since 2020, JSC “AeroComposite” polymer composite materials technologies and structures experimental laboratory have been operating based on the Moscow Aviation Institute. Composite materials research is carried out here along with the development of prototypes manufacturing technology, as well as verification of its design and technological parameters. Currently, the main task of “AeroComposite” is the design and production of the composite wing for the MS-21. Furthermore, the company is actively involved in the design of the wing for the CR929.

The JSC “AeroComposite” laboratory is not only a technological platform but also a place where MAI students and postgraduates acquire professional skills at practical and laboratory classes, excursions and workshops, as well as scientific and experimental design work.

One of the further development directions of cooperation between MAI and UAC is their joint work for the creation of a supersonic passenger aircraft. As a scientific and technical groundwork, the results of the work of the "Supersonic" world-class Scientific Center (NTSMU) (the consortium includes the Moscow Aviation Institute) might be used.

The engineers of the future

Speaking about the training of the future highly qualified experts of the aviation industry, the joint international master's program of the Moscow Aviation Institute and the Shanghai Jiao-Tong University is also worth mentioning. More than 200 students are currently studying, about 40 of them are target students from the UAC. The project was launched in 2017 and is aimed at creating the talent pool for work for the abovementioned CR929 aircraft. 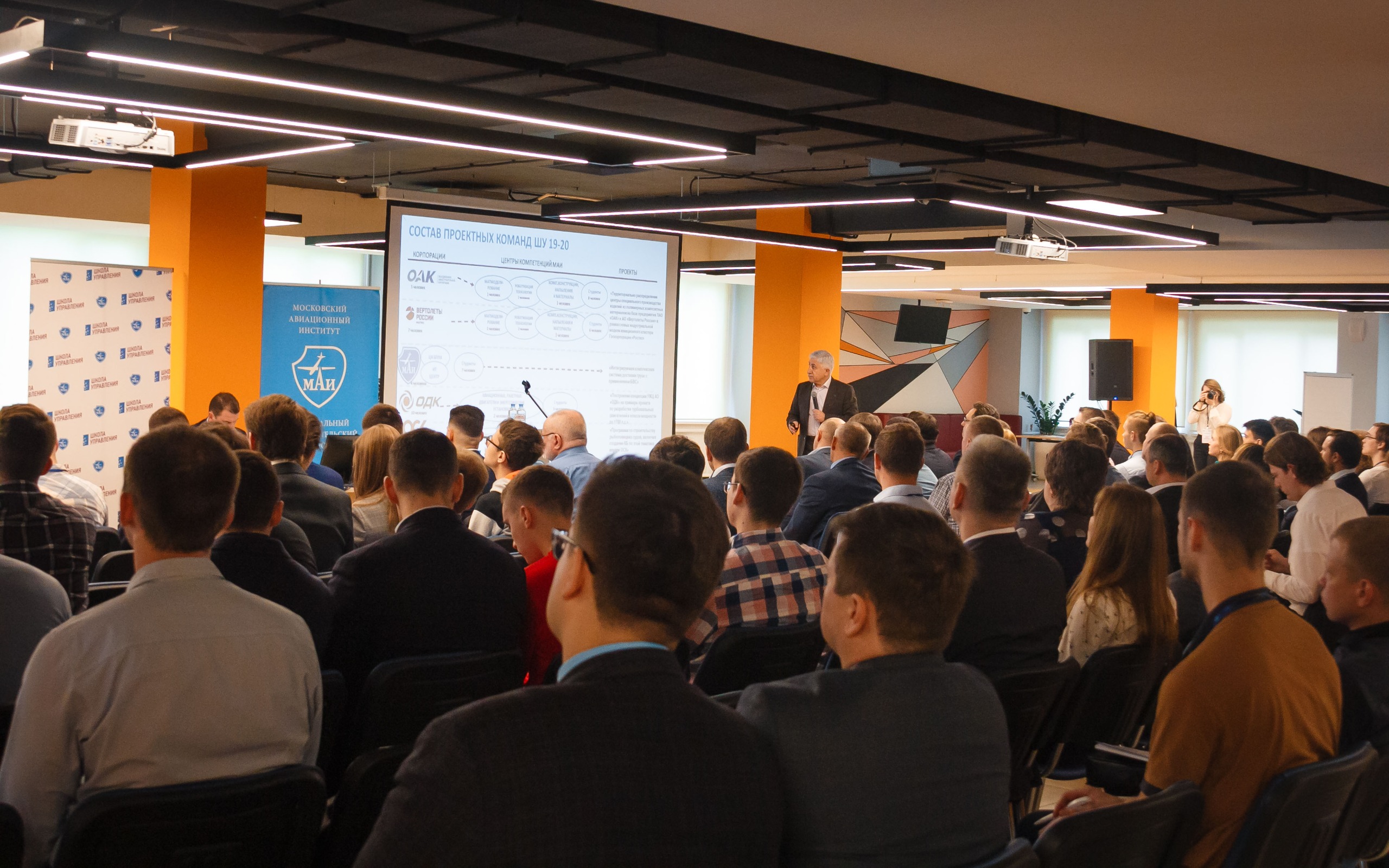 There are three directions of the education – “Design of aggregates made of polymer composite materials”, “Product life cycle management at aircraft design” and “Aircraft engines”. The uniqueness of the program is the fact that the groups consist of both Chinese and Russian students, and the educational program is carried out on the territory of the two countries – Russia and China.

After graduation, the students receive two diplomas at once: both MAI and Shanghai Jiao Tong University. More than 100 young specialists have been trained within the course of the joint program, many of them are already building their careers in the structures of the UAC. This year, more than 50 more graduates went to defend their master's theses. In March 2021, another group of certified graduates of the master's program will start to work at the UAC.

Starting from the very first day of their course, the students are busy with the current tasks of the projects. They get employed by the target departments of the aircraft development company and defend their master's theses on the topic of their future work. Adaptation to the workflow for such students occurs during training. Mixed Russian-Chinese study groups help students from the two countries to establish contact with each other, which facilitates international communication during the very working process already. 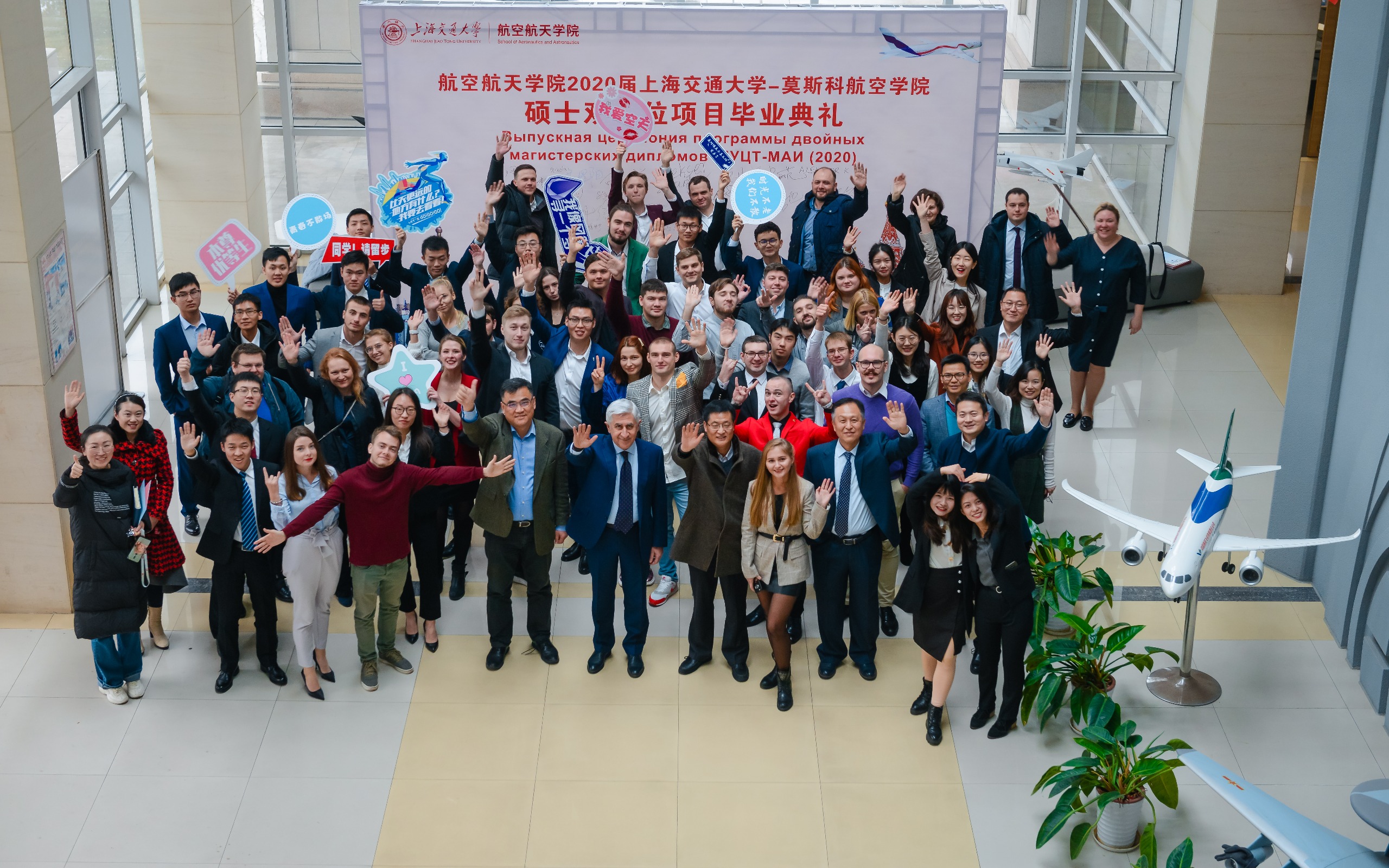 “The absolute advantage of the master's degree is the work on a real project”, says Alexander Khvan, the leading expert of the Directorate of Prospective Scientific Programs in MAI. “At the stage of the interview, the students should not only answer specific questions but also demonstrate their knowledge of the CR929 project to the representatives of the UAC.”


The joint work of MAI and UAC on the development of the aircraft building in Russia has been going on for 15 years already and will continue in the future.

The existing cooperation between MAI and UAC is constantly expanding and changing following the current requirements of the industry: programs for targeted admission and advanced training of specialists are being improved, joint scientific research is reaching a new level.

Today, UAC, Rostec and MAI are shaping the future of the Russian aircraft industry, and the successes achieved will only multiply. 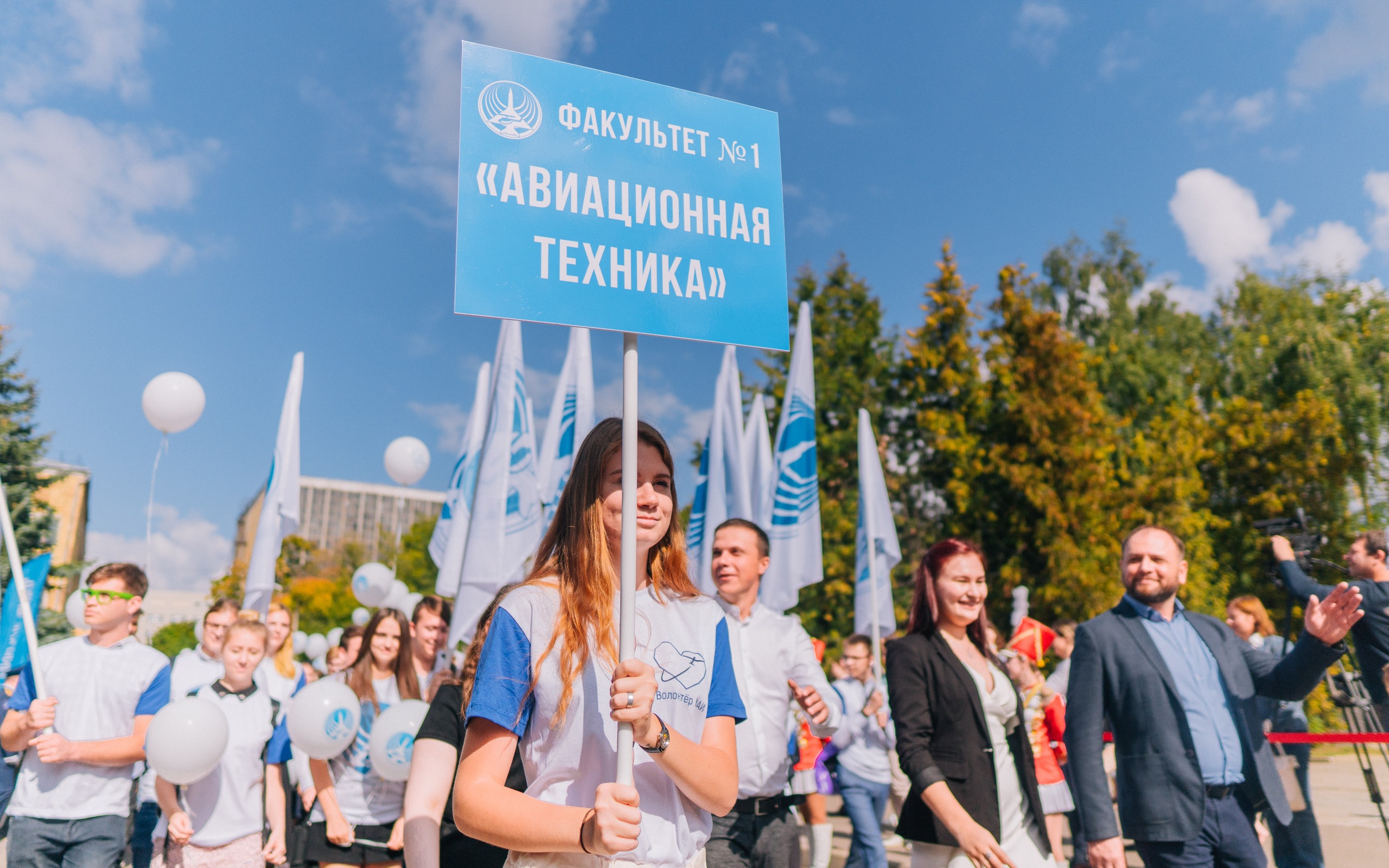