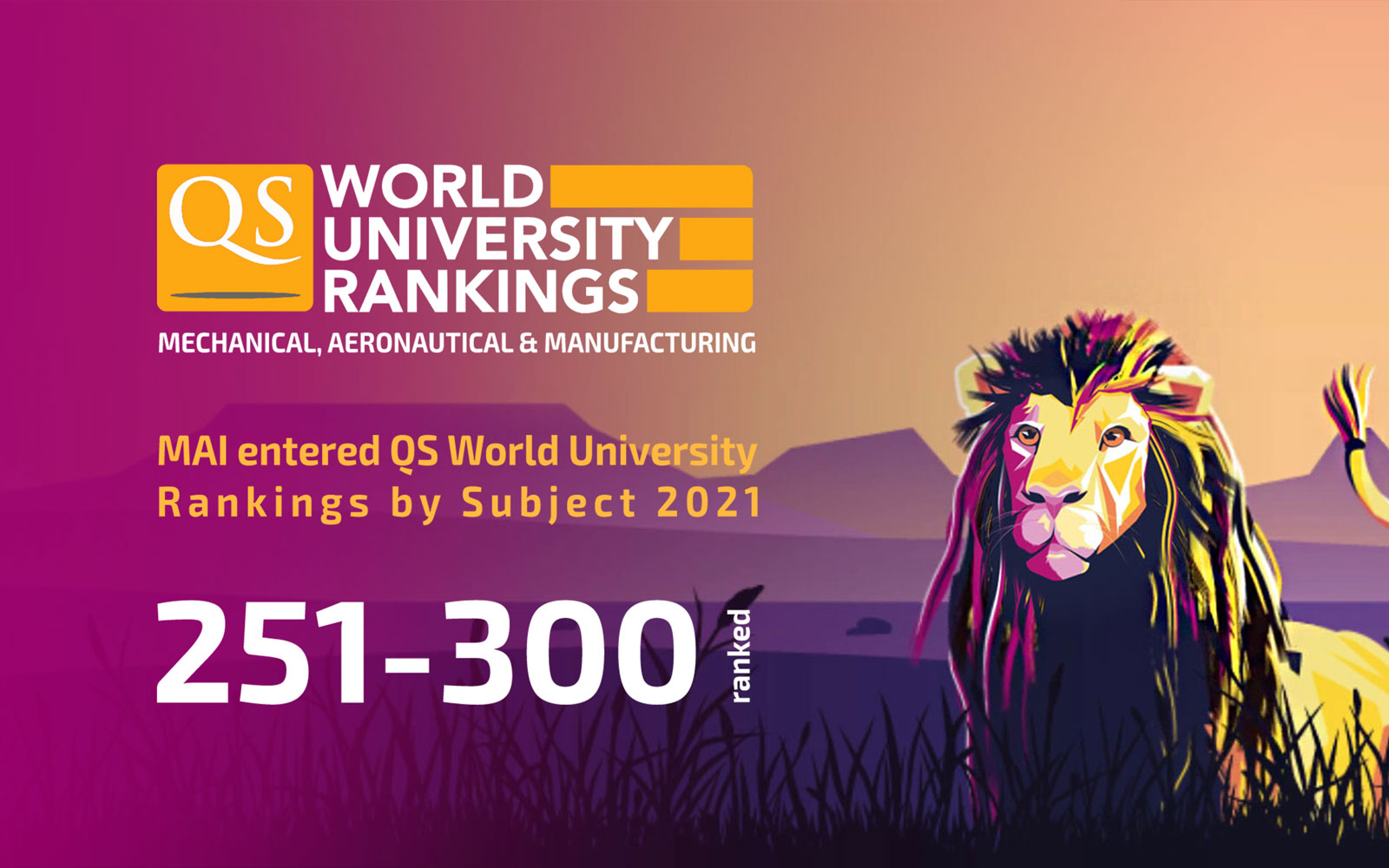 On March 3, 2021, QS Quacquarelli Symonds, the world’s leading provider of services, analytics, and insight to the global higher education sector announced a new version of the annual World University Rankings by Subject in the field of Engineering – Mechanical, Aeronautical & Manufacturing, which for the first time included Moscow Aviation Institute. The ranking represented a total of 500 universities, listing MAI among the universities occupying 251-300 positions.

"For us, inclusion in the internationally recognized QS Rankings is a confirmation that we are following the right strategic course", says MAI rector Mikhail Pogosyan.
"By building strong ties with industry in the field of personnel training and the implementation of comprehensive programs and projects, we participate in creating the future image of high-tech sectors of the economy and train new leaders of changes with demanded and relevant competencies".

QS is one of the so-called "big three" of the most influential ranking agencies in the field of higher education and science, which annually provides dozens of events for applicants, students and university staff around the world. In QS World University Rankings by Subject: Engineering – Mechanical, Aeronautical & Manufacturing, universities are evaluated according to such criteria as academic and employer reputation, the quality of scientific publications etc. And over the past five years, MAI demonstrated significant growth in these areas as the result of vision and teamwork.

Since 2018, MAI has also been included in the World University Ranking – an annual ranking of the best universities in the world, published by another member of the "big three" – the Times Higher Education (THE), and in its subject ratings in the field of physical and engineering sciences.