MAI University is to participate in MAKS Air Show 2021 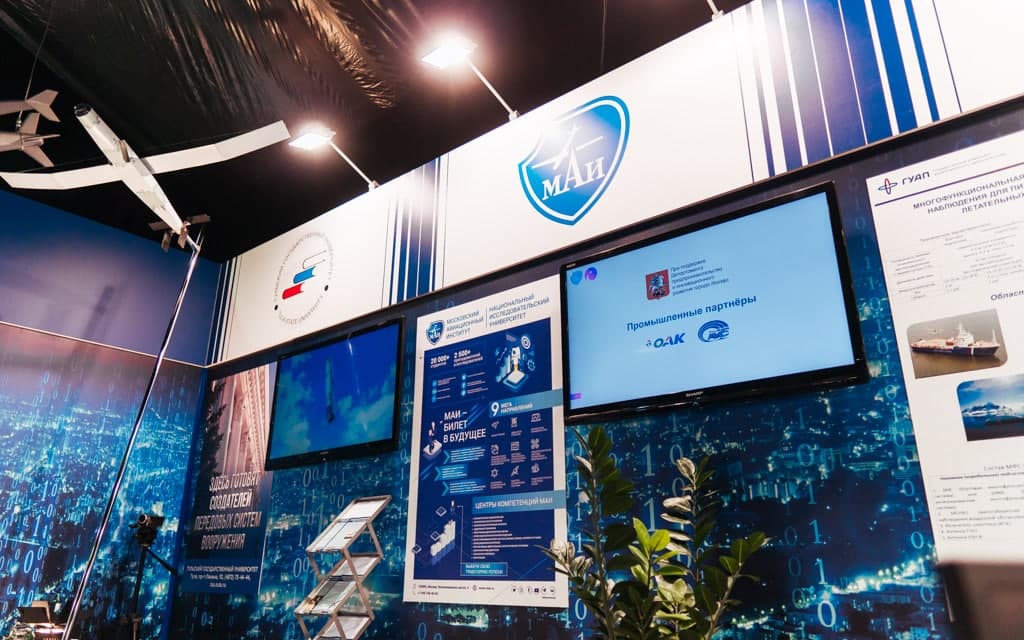 On July 20-25 the Moscow Aviation Institute (National Research University) is to participate in the exposition and business programme of the 15th International Aviation and Space Show MAKS-2021. In particular, MAI will host an international conference on mathematical modelling, run a round table on implementation of a system for individualisation of training in aerospace, demonstrate the results of pilot production of LMS-901 light multipurpose aircraft and other promising high-tech programmes.

"We expect to increase the level of participation at MAKS, performing at different venues and covering all target audiences," said Alexander Shemyakov, MAI Vice-Rector for Strategic Development. "We have planned events in various areas of applied science and personnel training. We will also demonstrate the results of the university's participation in joint projects with enterprises of the aerospace industry".

He specified that the II International Conference Mathematical Modeling in the Aerospace Industry will be organized during MAKS-2021. A particular feature of the event will be its hybrid format. A plenary session will be held at MAKS, while the work in sections will be carried out in the online format. These sections will cover issues of mathematical modelling of physical processes and their application in engineering tasks, supercomputer software, as well as the use of artificial intelligence systems.

"The event should attract both specialists from relevant universities, research institutes and specialized companies from different parts of the world," emphasized Alexander Olegovich.

The MAI Vice-Rector also announced that the round table on individualisation of training would be held. "Together with our partners we will introduce the model of individual educational paths, which we plan to launch on September 1," he said. The event participants will discuss approaches to the new format of educational programmes in various areas of the aerospace industry.

Special attention will be paid to partner programmes to be realised by MAI in co-operation with leading enterprises. Thus, at MAKS-2021 MAI will demonstrate the LMS-901 light multipurpose aircraft, whose prototype is being developed and produced with the participation of the university.

The MAI University plans to present a number of new developments in the sphere of unmanned aerial vehicles, composite materials, prototyping of information-management field of prospective aircraft and other programs within the framework of its own exposition.

According to Alexander Shemyakov, a number of events are also envisaged for schoolchildren and students.

"We have planned several special events within the framework of the Students' Day, including presentation of educational programmes for applicants, courses of MAI Children's Technopark "Takeoff Trajectory" as well as different contests and quests," he said.


The XV International Aviation and Space Show MAKS-2021 will be held in Zhukovsky, Moscow region, from 20 to 25 July 2021. The organizers of the event are the Ministry of Industry and Trade of the Russian Federation, the State Corporation for Promotion of Development, Production and Export of High-Tech Industrial Products Rostec, and "Aviasalon" JSC.