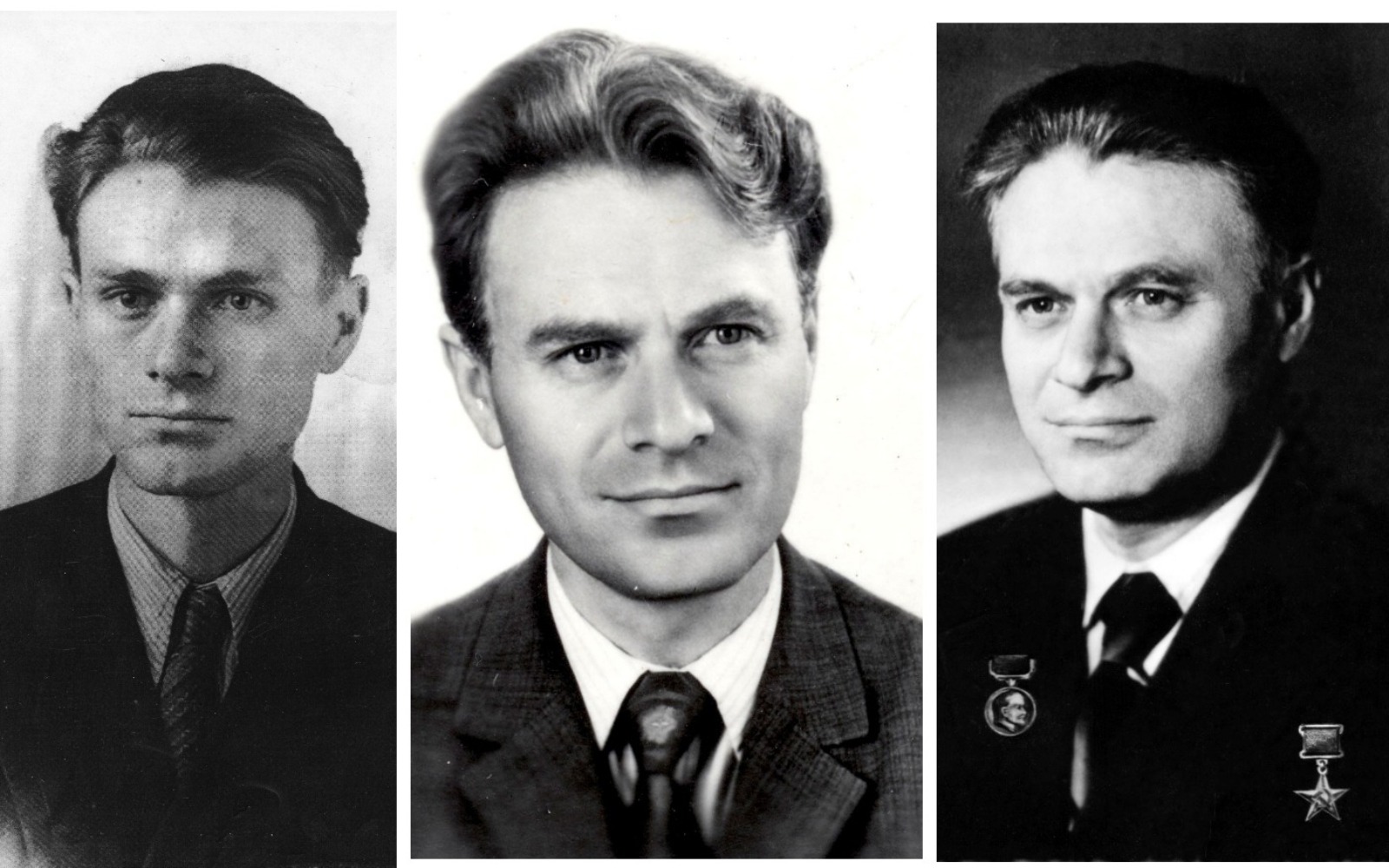 On February 18, one of the Moscow Aviation Institute's most glorified graduates would have turned 90. Marat Tishchenko, who was the outstanding Soviet and Russian helicopter designer, the well-known aerodynamics scientist and designer of rotorcraft, the academician of the Russian Academy of Sciences, and the Chief designer of the Moscow Helicopter Plant named after M.L. Mil, which has recently joined the Helicopter Engineering National Center named after M.L. Mil and N.I. Kamov.

The bond that emerged between Marat Tishchenko and aviation, which later became the meaning of his life, appeared during his school days. It was then that he became interested in aircraft modeling and began to collect various models of airplanes and helicopters, and he became the member of the Central Club of Young Technicians. Like any business that Tishchenko undertook, the hobby brought him to his greatest personal victories and achievements. As a student at Moscow Aviation Institute, he continued his studies in the aircraft modeling club and became the world record holder in aircraft modeling sport in the class of helicopter models.

“I was really fond of modeling, I built a model that set the world record for the duration of the flight for the model of the helicopter with a mechanical engine, first approved by the FAI (International Federation of Aeronautics) in 1954. And that is why I was absorbed with the helicopters. 50 years after that, in 2004, while teaching at the University of Maryland (USA), I built the same model of a helicopter, but with radio control, and everyone was surprised. Valentina Korneenkova was the student of the weapon department, and she went to the same aircraft modeling club of the Moscow Aviation Institute, and we are together since 1957,” - recalled Marat Tishchenko. 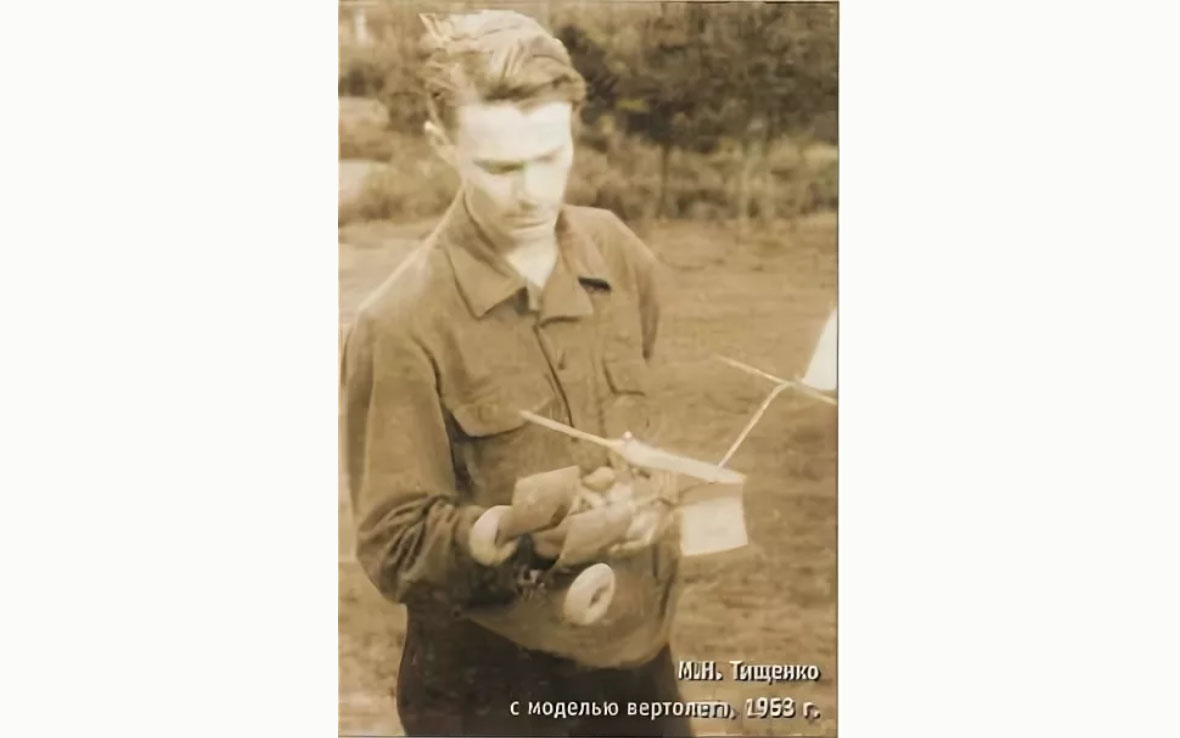 MAI years and the beginning of a career

In 1950, Marat Tishchenko was enrolled in MAI, and after only three years, he became a student of the newly organized Helicopter engineering Department. The years at the university flew by unnoticed because Tishchenko completely devoted himself to the educational process.

“People who dreamed of airplanes and missiles went to MAI. Marat was probably the only one who came to the Institute as a convinced helicopter engineer, who decided to devote himself to the helicopter industry completely. By the beginning of his studies, he already knew a lot about helicopters, the principles of flight of a rotorcraft, its history, design, aerodynamics. <...> He was immediately acknowledged as a leader by his student fellows. He became a recipient of the Stalin Scholarship", recalled Tishchenko's classmate and the author of the "The Helicopter World" almanack, Yury Savinsky.

In 1956, after graduation from the Moscow Aviation Institute, Tishchenko started his career as the engineer of the aerodynamics brigade in the helicopter-building experimental design bureau, headed by Mikhail Mil. Three years later, Marat Tishchenko was appointed head of the aerodynamics brigade. The flight tests of the Mi-6 were underway at that period, and significant discrepancies between the flight performance of the helicopter and the calculated data were revealed. Tishchenko developed the new method and the computer program for helicopter main rotor aerodynamic characteristics calculation to solve the problem. Many algorithms of this program are still used nowadays in the practical routine of the Mil Design Bureau.

In 1963, Tishchenko became head of the design bureau advanced design department and participated in the development of layouts, draft and working designs of the Mi-10, Mi-2, Mi-7, Mi-8, V-12, Mi-14, Mi-24 helicopters. In the same year, he was appointed deputy chief designer of the V-12 helicopter. The first flight failed, then the helicopter was modified and successfully passed the whole series of flight tests. In 1971, the B-12 helicopter was presented at the Paris airshow, and its creators received the I.I. Sikorsky prize "For outstanding achievements in helicopter design."

“Mikhail Mil recognized the extraordinary talent at once, and soon after that, he appointed Tishchenko his deputy. One of his main qualities, along with his creative abilities and full dedication, was his unconditional decency", Savinsky wrote.

The 70s and 80s in the history of the Moscow Helicopter Plant named after Mil are referred to as the "Tishchenko era". In 1970, after Mikhail Mil passed over, Marat Tishchenko was appointed chief designer and head of the design bureau. The development of the main modifications of the Mi-24 helicopter (Mi-24A, Mi-24D, Mi-24V, the cannon version of the Mi-24P, Mi-24K - the version for reconnaissance, the option for chemical and radiation reconnaissance Mi-24R), final debugging and completion of flight tests of the Mi-14, the anti-submarine amphibious helicopter, are to be mentioned as his main achievements of that period.

Tishchenko devoted a lot of time and attention to the creation of the Mi-26 helicopter, that is up to now the largest helicopter in the world in terms of carrying capacity. Marat Tishchenko was awarded the honourable title of Hero of Socialist Labor for creation of this helicopter, that is unique as far as its transport capabilities are concerned, as well as for the implementation of fundamentally new design and technological solutions. 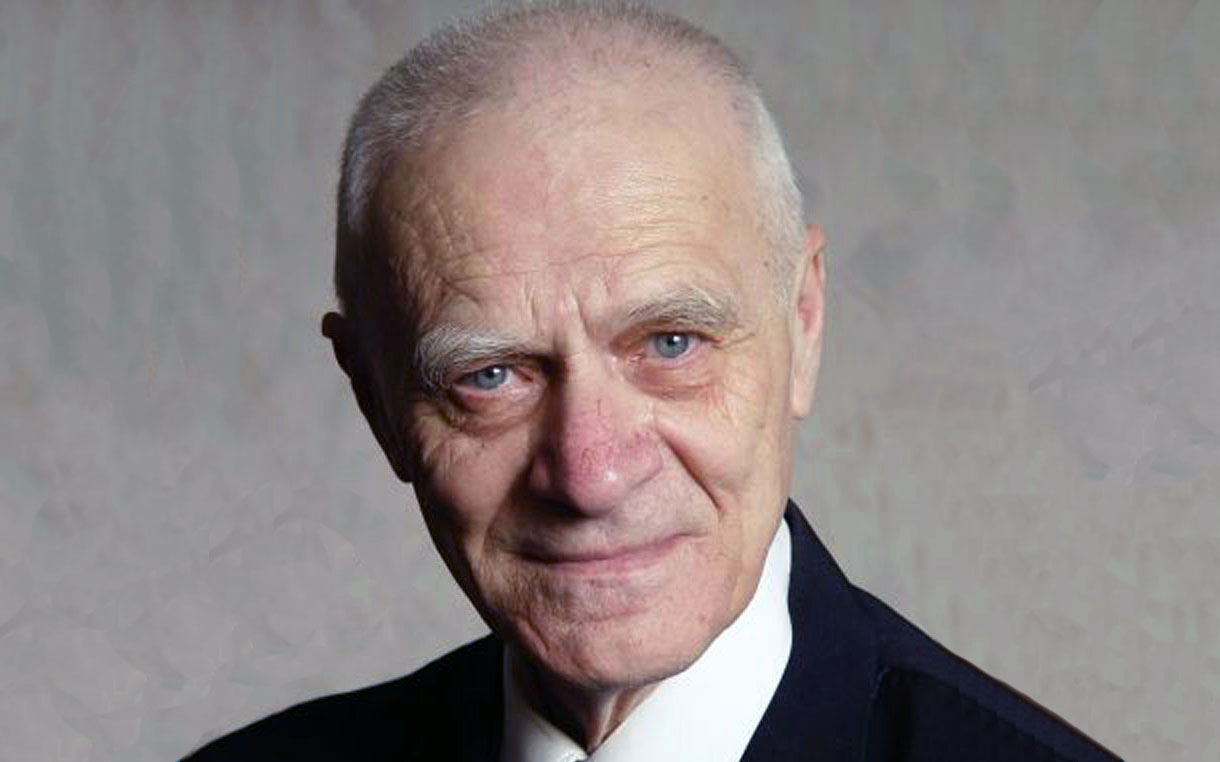 Marat Tishchenko was the direct participant and one of the leaders of the liquidation of the consequences of the Chernobyl disaster. The Mi helicopters played a very special role in the operation. Dropping special materials from helicopters into the reactor made it possible to stop the nuclear reaction. In no time at all, the Mi-26 helicopters were re-equipped for treating the ground with a composition that prevents the spread of radioactive dust. And even more: Mi-26, Mi-8 and Mi-24 helicopters worked to decontaminate the contaminated areas. Moreover, special Mi-24 helicopters monitored the radioactive contamination of the area.

"Decency is the highest quality of a man. He can be uncommunicative, unintelligent, he can be unkind even, but if he is decent, that is already a lot. <...> What should a general designer know, do, and be able to do? The designer general must be the initiator of many creative projects in his team. This is one of the most important tasks! The designer general should be able to overcome himself and not impose his personal decisions on the team as optimal. The General Constructor must possess the gift of foresight, without which it is very difficult to plan the right perspective", Marat Tishchenko said.

In 1981, Tishchenko was appointed the general designer of Mil Design Bureau. He was responsible for the development of the Mi-30 rotary-wing helicopter and the Mi-32 ultra-heavy three-rotor helicopter with a payload of 50 tonnes and began work on the Mi-38 transport helicopter. In the first half of the 80s, the Mi-34 development for flying clubs and helicopter pilots project began. Under the leadership of Tishchenko systems for infrared radiation engines reduction were developed TV2-117, protection of fuel tanks from the explosion, reinforced weapons and several other improvements to the family of helicopters Mi-8, Mi-24 and Mi-17.

Since 1972, Tishchenko began to develop the concept of a fighting helicopter of the new generation "flying tank" to support infantry on the battlefield. In 1978, it was implemented in the Mi-28 helicopter, which has no equal in armour and armour power.

In 1982, he defended his thesis for the degree of Doctor of Technical Sciences on the methodology of transport helicopters with large payload capacity and later was elected a corresponding member and full member of the Academy of Sciences of the USSR.

In 1992, Tishchenko resigned from the post of General Designer to become a consultant, and in 2007, he moved to a permanent position at the MAI as a professor. He was the author of a new course of lectures entitled "Designing Helicopters", which he read for students in helicopter engineering, supervised diploma students, developed and implemented in the classroom a programme for selecting the parameters of a single-rotor helicopter, and wrote a training manual on practical work with the programme. In 1999-2000 Tishchenko was at the invitation of the University of Maryland (USA) supervised by the American students in diploma project on helicopter subjects. 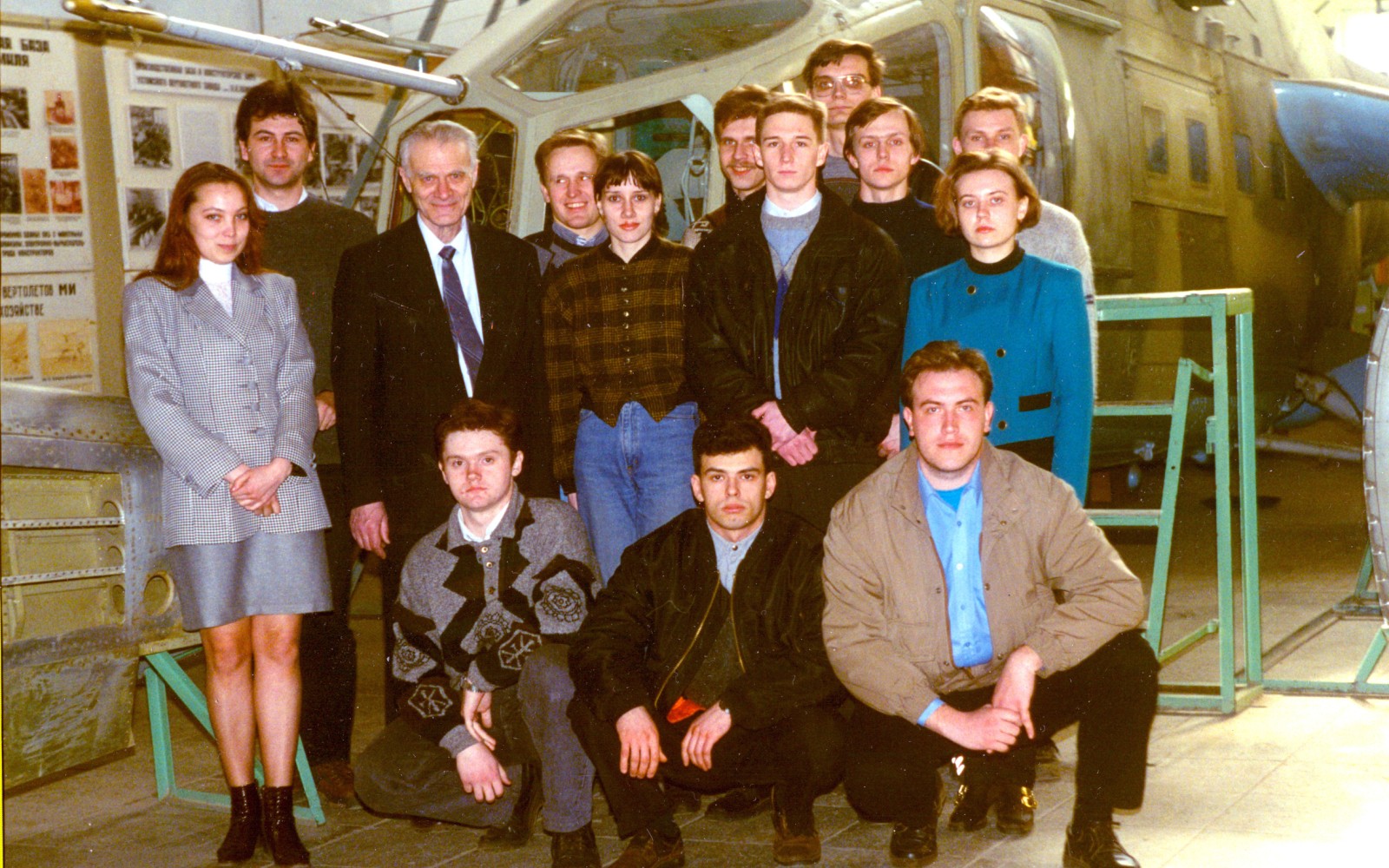 After delivering a lecture, May 1997. Marat Tishchenko's work at MAI Helicopter Design Department

Tishchenko has supported and developed the scientific and practical design school of Mil, as well as trained a constellation of highly professional and talented specialists. From 1995 to 2003, Tishchenko was in charge of the design of the Mi-60 light utility helicopter, which was being developed jointly by the MAI and the Mil Moscow Helicopter Plant with the participation of Rostvertol, Russia's largest helicopter manufacturer. The helicopter project was awarded a gold medal at the Brussel Eureka 97 World Exhibition of Inventions (Belgium, Brussels, November 1997) and a silver medal at the Arkhimed-98 International Exhibition of Inventions (Cyprus, June 1998). A full-scale technical mock-up of the MAI Mi-60 helicopter using computer technologies was presented at the International Aviation and Space Salon MAKS-2001 (Zhukovsky, August 2001).

In 1993, at the initiative and direct participation of Tishchenko was established Russian Helicopter Society, whose president he was elected. Over the past period, the society has held 12 International Scientific Forums on the problems of helicopter engineering. 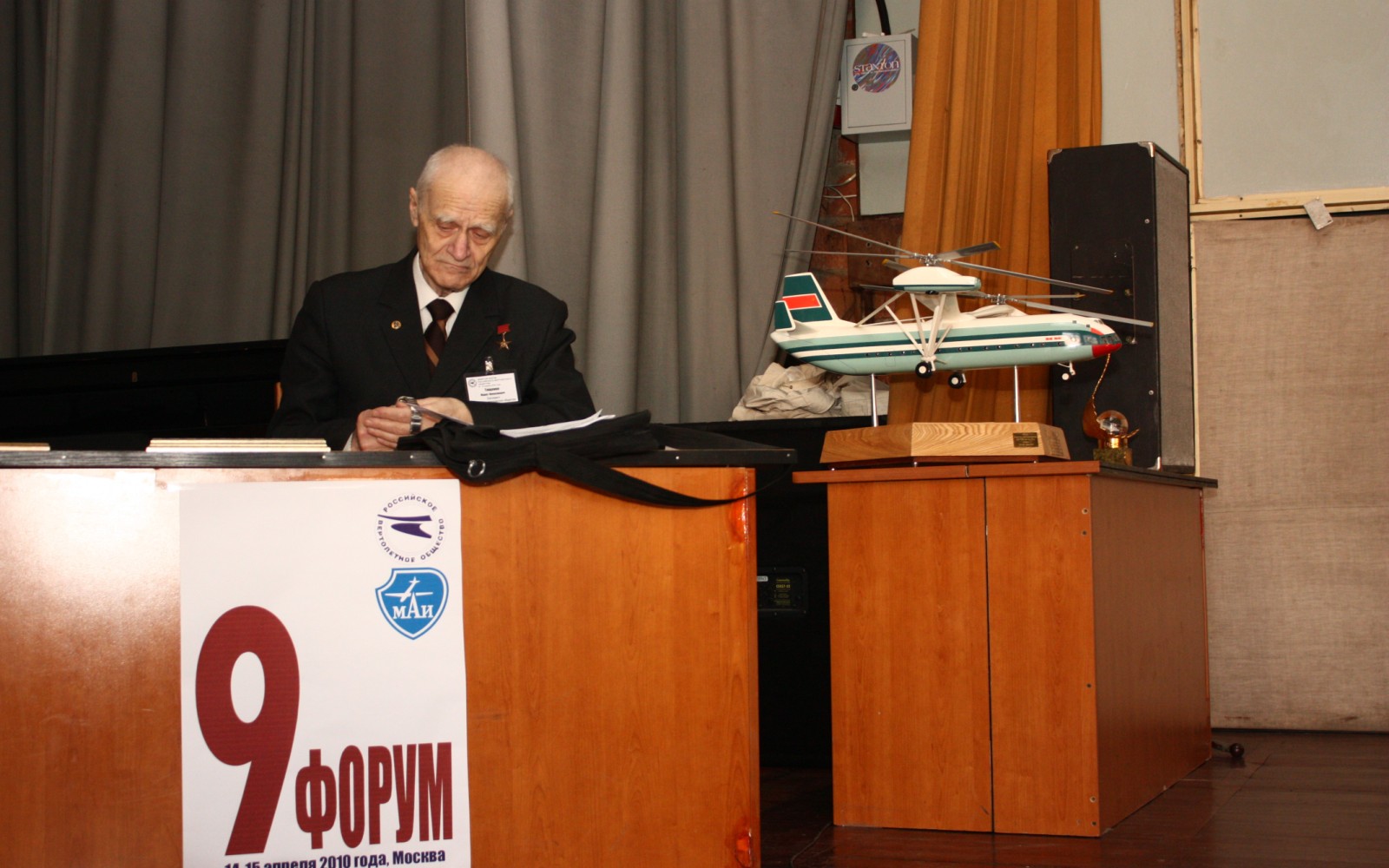 Marat Tishchenko at the Ninth Forum of the Russian Helicopter Society

"Tishchenko performed profound research in the field of rotorcraft aerodynamics, significantly enriched and refined the vortex pattern, developed new methods for calculating blade characteristics and investigated weight/strength ratios of helicopter structures. The helicopters built under his leadership, in particular the Mi-26 giant, confirmed his status as chief designer. Long-term management of a large production facility confirmed his status as a responsible manager," Yuri Savinsky mentioned in his reminiscences about Marat Nikolayevich.

For the outstanding contribution to the development of the USSR and Russian aviation science, technology and industry Marat Tishchenko was awarded the Star of Hero of Socialist Labor, the Lenin Prize, two Orders of Lenin and many other honorary titles and awards. In 1995, he got the highest award of the American Helicopter Society (AHS) - the Dr Alexander Klemin Award for Excellence in Progress in Rotary-Wing Aviation, and in 2008, the Russian Independent Award "Triumph" in the category of "Mechanics and Technical Sciences".