The findings of MAI researchers will help to find habitable planets 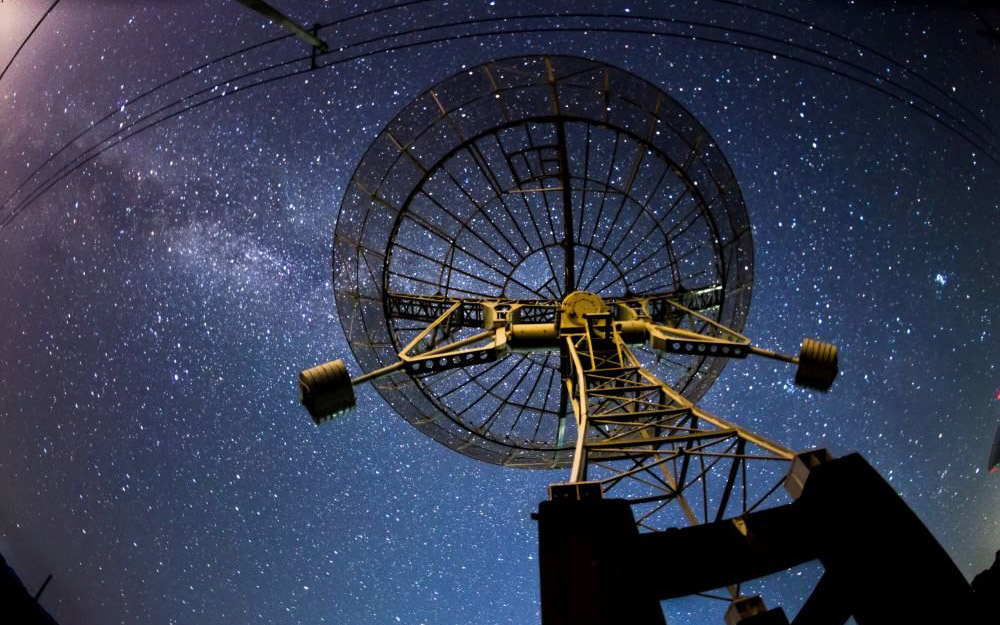 The issue of the existence of extraterrestrial life has been intriguing humanity since ancient times and, of course, it has always been of great interest to the scientific community. The search for civilizations inside the solar system has not proven to be successful yet, and the attention of the modern scientists from around the globe is confined to the celestial bodies that are still unattainable, i.e. the exoplanets that follow their orbits revolving around the faraway stars.


There is the only research group in Russia that is studying the exoplanets rotation parameters, making it possible to assess whether they are suitable to live on them: that is the MAI research group. The team of researchers comprises of the employees and graduate students of the MAI Department No. 811 for «Mathematical modelling» and Doctor of Physics and Mathematics, Olga Podvigina, who is also the leading researcher of the Institute of Earthquake Prediction Theory and Mathematical Geophysics of the Russian Academy of Sciences. The head of Department No. 811, Professor Pavel Krasilnikov, leads the research.


The first exoplanets, located at a huge distance from the Sun together with their stars, were discovered in the late 1980s, and currently, the existence of more than four thousand such space objects has been scientifically confirmed. The explicit evidence of the existence of life on them has not been found yet, however, modern science can indicate the suitability of a planet for habitation via the comparison of its characteristics with those existing on the Earth. If they are more or less similar, the presence of life is likely, and planets that are alike the Earth are referred to as the terrestrial group.

“There are many parameters of the exoplanet to be taken into account for the comparison with the Earth”, says Pavel Krasilnikov. «One of the most important characteristics of the terrestrial planets is its belonging to the habitable zone. The boundaries of the habitable zone are established from the requirement for the presence of liquid water on the planet, the acceptable level of radiation, the mass of the planet comparable to that of the Earth, etc. The characteristics that define the habitable zone also include the orbital parameters of the exoplanet's motion. They also include the magnitude of the semi-major axis of the planet's orbit, the eccentricity, which sets the measure of the deviation of the orbit from the circle, and the inclination of the orbital plane to the ecliptic plane».

Apart from the abovementioned, the exoplanets of the terrestrial group have a stable atmosphere that has existed for billions of years. The atmosphere is considered stable if the average speed of its constituent atoms and molecules is at least six times lower than the second cosmic one. At the same time, the climate must be suitable for life, and this, in turn, mostly depends on the angle of inclination of the axis of the exoplanet's rotations, as well as on the range of oscillations along this angle.

«The Ice Age on Earth is associated with minor changes in the angle of inclination of the axis of rotation of our planet and its orbital eccentricity», explains Pavel Krasilnikov. «A slight tilt of the Earth's axis of rotation, ranging from 22.1 ° to 24.5 °, ensures the change of seasons and smooth distribution of temperature over the entire surface, and such stable climate is necessary for the development of mature life. angle close to 90 ° makes life on the planet impossible».

The tilt angle of the planet's axis, as well as its changes, directly depends on the gravitational influences of the star and other celestial bodies of the corresponding planetary system. These effects can be described within the framework of classical celestial mechanics, which is the area of interest of the scientific group of the department 811.

To explore the unattainable


The approach that formed the basis for studying the rotation of exoplanets nowadays was developed in MAI in the 1980s. Pavel Krasilnikov presented it in his dissertation on the dynamics of rotational movements of artificial and natural celestial bodies located at a considerable distance from the Earth.

"It was then that the clear understanding of how it was possible to approximately and analytically investigate the rotation of celestial bodies located in complex force fields", he says. "This approach made it possible to obtain explicit formulas that describe the resonant and non-resonant dynamics of the planet's rotation approximately, in particular, oscillations along the axis tilt angle"


Up to date, the scientific group has already studied a wide range of problems, for which approximate formulas have been derived, describing non-resonant oscillations in the inclination of the exoplanet's axis of rotation under the action of direct gravitation of its star and outer planets. These formulas also take into account such factors as the influence of the exoplanet's orbit on its rotation. Recently, new results have been obtained that simulate the effect of a heavy satellite of an exoplanet (exo-moons) on the oscillations of its axis.

"The conditions have been determined under which the influence of the exo-moon turns out to be stabilizing, since the range of oscillations of the axis of rotation decreases and thus one of the conditions for the existence of a climate, suitable for life on the exoplanet, is fulfilled. The conditions were also obtained when the influence of the exo-moon is destabilizing", notes the head of the Department No. 811. "One of the important directions of further research is the study of resonant and near-resonant oscillations of the inclination of the planet's axis of rotation", he adds.

The results obtained by the professor Krasilnikov’s group are not enough for launching space expeditions though. That is because the existing technologies do not yet allow us to go visit our extraterrestrial fellows or start colonizing exo-planets, the flight time to the nearest of which comprises millions of years. Nevertheless, these results are useful for further scientific work of the academic institutes of the Russian Academy of Sciences: Space Research Institute (IKI), Sternberg Astronomical Institute (GAISH), Keldysh Institute of Applied Mathematics (IPM named after M.V. Keldysh). They can also be used for forecasting, e.g. for predicting the dynamics of the spacecraft rotation to avoid their transition to the chaotic regime, in which communication with the control centre can be lost. That is how even today the results of the MAI research team’s findings make it possible to effectively solve the problems of practical astrodynamics.