How not to get burnt? MAI scientists are getting closer to the Sun 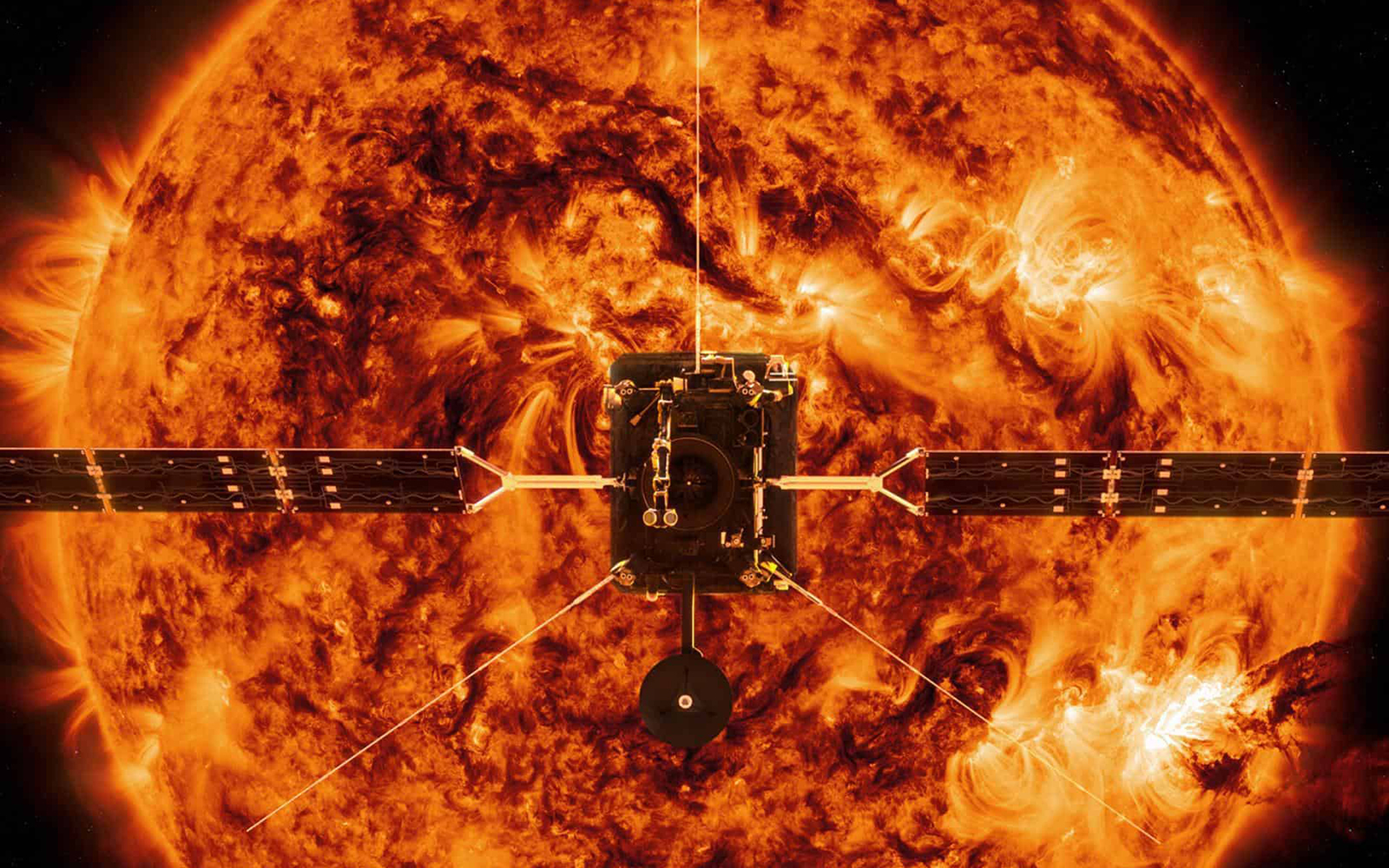 The researchers from the Moscow Aviation Institute have created a design methodology for aerospace engineering structures thermal protection that will allow approaching the Sun closer than the modern foreign spacecraft can nowadays. In particular, the researchers propose the application of the lightweight highly porous cellular materials based on glassy carbon heat shields. These materials are also useful for hypersonic spacecraft thermal protection.


The lesson for Icarus


The information about the processes that occur on the Sun allows to test many astrophysical hypotheses and forecast the condition of the near-earth space. However, the automatic interplanetary stations, that are studying the star, are exposed to extreme thermal effects, and it makes it difficult for them to get closer. Special protection is required to maintain the operational state of the structure.

The development of MAI scientists will allow to approach the Sun at a distance of eight solar radii (5.568 million km) and measure the parameters of the solar wind in the immediate environment of the star. This mission would be unique because so far no spacecraft has approached the Sun at such a distance. The American probe Parker Solar Probe plans to approach the object at a distance of 8.9 solar radii in December 2024.

The scientists have developed the method for the optimal design of multilayer thermal protection, which allows calculating the set of characteristics of the structure of a highly porous material: the porosity and the diameter of the cells together with the thickness of the multilayer thermal insulation levels. This will provide a minimum mass of thermal protection while respecting the specified maximum temperature limitations.

«The project is dedicated to the creation of a method for spacecraft thermal protection design - told Margarita Salosina, the junior research associate of the department 601 «Space systems and rocket engineering» of MAI Institute No. 6 «Aerospace» – During the process of the aerospace structures design, it is necessary to minimize the mass of the thermal protection. One of the solutions is associated with the use of low-density heat-shielding and heat-insulating materials».

The researchers plan to use highly porous cellular materials based on glassy carbon. They have low density and are resistant to high temperatures in a vacuum or non-oxidizing environment, in the rarified outer space environment.

Secrets of the solar crown

Currently, Russia is developing the project for a solar probe to study the star and its environment. And the new methodology might be in demand.

«Of course, the closer you get to the object, the more you find out about it - explained Kirill Maslennikov, the researcher of the Pulkovo Astronomical Observatory of the Russian Academy of Sciences - the Sun is a fantastically interesting object. I am very impressed by its mysterious corona that has the temperature of several million degrees, while the surface of the star itself is a thousand times colder. Though many years may pass from the development of the method to the moment of the spacecraft launch.


The NASA spacecraft has been observing the Sun at close range for a year now. A year ago the Solar Orbiter, launched by the European Space Agency, took off.

«The purpose of such studies is to find out the nature of the solar wind and understand how the solar corona heats - explained Alexey Struminsky, the leading researcher at the Space Research Institute of the Russian Academy of Sciences. - It is necessary to find out the elemental composition of the solar wind. This will help to answer fundamental questions on the principles of the performance of our star. It is important to fly up to it as close as possible in order to obtain this information».

The methodology developed at MAI may also be used for the design of elements for other high-speed spacecraft.

«The materials selected for the research may be used to protect hypersonic spacecraft and aircraft too, - said Oleg Alifanov, head of the MAI «Space Systems and Rocket Engineering» department, Academician of the Russian Academy of Sciences. - After all, when it flies at a speed much higher than the speed of sound, its surface is very hot. And if the task is to create reusable thermal protection, then its material should be not only light-weighted but also sufficiently heat-resistant. These are the properties of high-temperature ultraporous cellular materials. The optimal design of such a multilayer thermal protection coating can now be based on our developed methodology.

Now, Russia is implementing the hypersonic weapons development program, and the thermal protection system plays an important role there.

The research has been carried out with the support of the Russian Science Foundation.