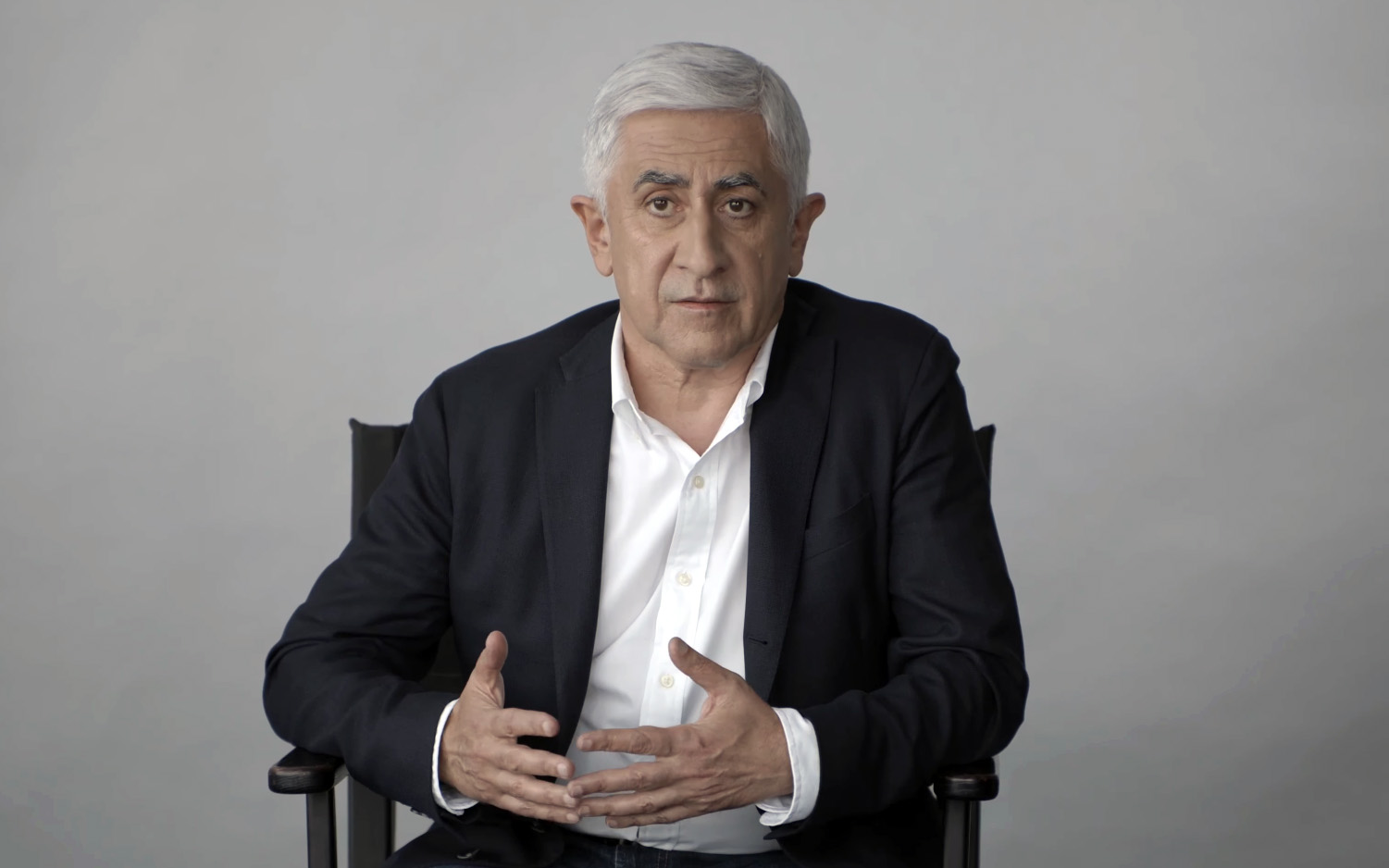 The international platform Noôdome has interviewed Mikhail Aslanovich Pogosyan, the Rector of the Moscow Aviation Institute, disclosing interesting facts about his career path in the aviation industry, the reasons he joined MAI and how the university is transforming into one of the world's leading polytechnic universities.

Childhood and the choice of the future profession

My parents have nothing to do with the aviation industry. I spent my childhood at a country house near Sheremetyevo airport observing airplanes coming in for landing. It was fascinating: the feeling of almost touching a plane that was on hundred meters altitude above me, the scene of a huge steel machine descending made me wonder how that was even possible.

I have always liked engineering and how engineers see the fruit of their labor materialized. I did not like analyzing physical phenomena, processes, and astronomy. When I chose my profession, aircraft engineering was the leader of technological development in the USSR. It largely determined the development of other industries like radio electronics, materials science, propulsion engineering, etc.

Today aircraft engineering is still among the most high-tech industries, yet information technology is largely coming to the fore, as evidenced by the ratings of the largest companies in the world. And yet, if we talk about technological progress, aircraft engineering retains its position as one of the drivers of industry development. Working in this field is not just about designing a single unit, but having a vision of the future, predicting it and leading for changes.

Selecting MAI for the career in aviation

Unlike many high school students, who don't decide to which university to apply until the very last moment, I had a clear understanding that I would apply to the MAI. I attended a school with a high concentration on chemistry, and 80 percent of my classmates eventually entered the Mendeleev Institute. From the very beginning, I knew that I won't follow that path, instead I would study at the MAI's faculty of aircraft engineering and take part in the creation of the most high-tech industrial machinery in the world, i.e. complex aircraft systems.

Carving out a place in history

For me, both building the most advanced and internationally competitive aircraft, and my current occupation, namely training future experts of the industry, are equally important.

Yesterday, when we were developing aircraft systems, we were actively engaged in personnel training with the MAI and other universities. Today, when we are training our future professionals at the MAI, we actively participate in various R&D projects conducted by industry enterprises. So, these activities are interrelated. As a result, on the one hand we expect to harness real products, and on the other, create a specific environment.

Speaking of my experience, what matters is not any single project, but the environment that allows you to be a leader in the aviation market. I had worked at JSC Sukhoi Company for most of my career, and I deem that its main achievement has been the team that has been capable of creating state-of-the-art aircraft systems, first military, and then, when the Sukhoi Superjet was developed, civil aviation systems as well.

What are aircraft engineers motivated by?

Well, first of all, aviation is a beautiful industry. As Andrei Tupolev said, only beautiful airplanes fly well. Modern aviation system is a masterpiece in a sense. Secondly, it's a marvel of complex engineering, the industry that combines knowledge from different fields. Thirdly, you get driven by an ambition.

Aircraft engineering is one of the few fields where local high-tech industry has proven to be truly competitive in the global market.

For a manager in the aviation industry, one of the key milestones is the first flight of an airplane. I've been experienced such events many times. In these moments you see the result of a well-done job. But euphoria never lasts for too long. The very next day, or even momentarily after the first flight, you have to think about the next stages of testing. Once one stage is over, it becomes history, and you have to move forward.

Success always comes only to those who are genuinely passionate about what they are doing , this is my approach. Aviation is what I live and breath with, and this is what I think the key factor for success. Probably, there are some exceptional talents who have achieved success easily, but I have never met such people. This is true only for my personal experience, but also for my colleagues. I have worked closely with the Boeing, and their major achievemnts were attained thanks to the most enthusiastic and professional individuals.

Tragic crashes of the Superjet

The Sukhoi Superjet had two disasters, one in Indonesia in 2011 and another at Sheremetyevo in 2019. These were indeed tough moments, but we quickly figured out that in terms of materials and aircraft serviceability, there were no critical breakdowns - the equipment worked the way it was supposed to. Aviation is considered to be the safest form of transportation, but nevertheless, sometimes things like that happen. These days, I am convinced that we need to pay greater attention to the level of training of flight crew members. Of course, now that 95% of flying is automated and the scale of human intervention in the aircraft control is gradually decreasing, we are facing a challenge of ensuring safety when the pilot has to make a decision inspite of having limited practical skills.

Recently, the civil aviation industry has achieved a quantum leap with the emergence of new revolutionary products such as the Boeing 787, the A350. I am convinced that Russia has also all prerequisites for building such complex aircraft systems.

There are three aviation engineering centers in the world - the U.S., The European Union, and Russia. Given the scale of the market that we have in Russia, we are somewhat lag behind in aircraft design. We are not lagging in terms of the ideology of creating these kinds of products, we simply have not introduced sufficient number of new aircraft to the market. The wide-board aircraft construction projects that are being implemented today, namely the MS-21, will help us to fill that gap.

While Vice-Director and then Head of Sukhoi, I always felt that it was important for us to solve complex problems and be leaders. There has to be a third player in the world, and a joint project with our Chinese colleagues and Indian companies might change the balance of power in the global aeronautics market.

The Soviet ambassador to the United States, Anatoly F. Dobrynin, was a graduate of the MAI aircraft engineering department. It was believed that engineering and politics had a lot in common: you have to take into account a large number of factors and be able to strike a balance. Of course, politics is also a component of complex modern programs design. The wide-body aircraft project, where UAC cooperates with the Chinese civil aviation corporation KOMAK, were launched not just like engineering solutions, but also for building global international cooperation.

About the governance at the MAI University

Today, the higher educational establishments are one of the most rapidly changing institutions, because we are training the specialists, who will be the first to respond to the new challenges. This is a great and interesting job. Shaping the transformation and the MAI development ideology while keeping track of the global educational trends is really exciting. At the same time, solving engineering problems and participating in various kinds of major projects is also a big part of my work.

Do I believe that MAI will soon become one of the world's leading polytechnic universities? Yes, I do. And what we have witnessed over the past four years shows that the university has tangibly changed. We see more dedicated and enthusiastic students and researches, we are involved in major Russian and international engineering projects, and the interest of foreign students has significantly increased significantly. Some large international universities, including Shanghai Jiaotong University and Zhejiang University, the Polytechnic University of Turin, a leading engineering school in Italy, ISAE Supaero, an engineering university in Toulouse, are interested in cooperating with MAI.

We know where we are going to. Today, we are focusing on new areas such as mathematical modelling, modern composite structures, the implementation of drones in various fields, and the service of high-tech products.

A modern student is a person, who is preoccupied with his or her future. The trajectory of students 30-40 years ago in the USSR was clearly defined: you went through distribution right after graduating from a university. By contrast, today, the education system is built on the basis of individual educational paths. No path can be imposed on anyone, it must be a conscious choice of an individual. That is why nowadays our students are more responsible and active when it comes to decision-making.

"With you we have a chance"

I professionally evolved within the “Sukhoi” system and had no preferences back then. Becoming a leader was possible solely through solving increasingly more difficult tasks, I was assigned new tasks and I coped with them. Never would I dream of climbing the career ladder, it happened naturally without special efforts, because my achievements deserved recognition. Occasionally, I even tried to restrain my career progress. For example, at the age of 28, I didn't wish to be head of a fighter brigade in the project department. I was working hard, I had a family, a little daughter, and I felt that I still needed to gain experience to become eligible for such position. But then I was told, “Look, by appointing a more experienced person, we won't get any fresh ideas, and with you we have a chance'.

A leader is a person who has a vision, who can unite and inspire people, and who is really passionate about what he does. You cannot be a leader merely by the virtue of position. You cannot appoint someone by saying "We're now going to put you in charge of the company, from now on you're a leader". Leaders are not appointed, they are made, that's my approach.

I've always worked with different teams, different people. And if you set clear goals for them, you always find mutual understanding.

My family is another important part of my life. I have two children and seven grandchildren. Each of them is an interesting partner, each of them is unique in his own way. Family is something, to what I have always tries to devote as much attention as I could, while being involved in a big industry of aircraft engineering.