From journalism to supersonic jets: the success story of a MAI alumnus 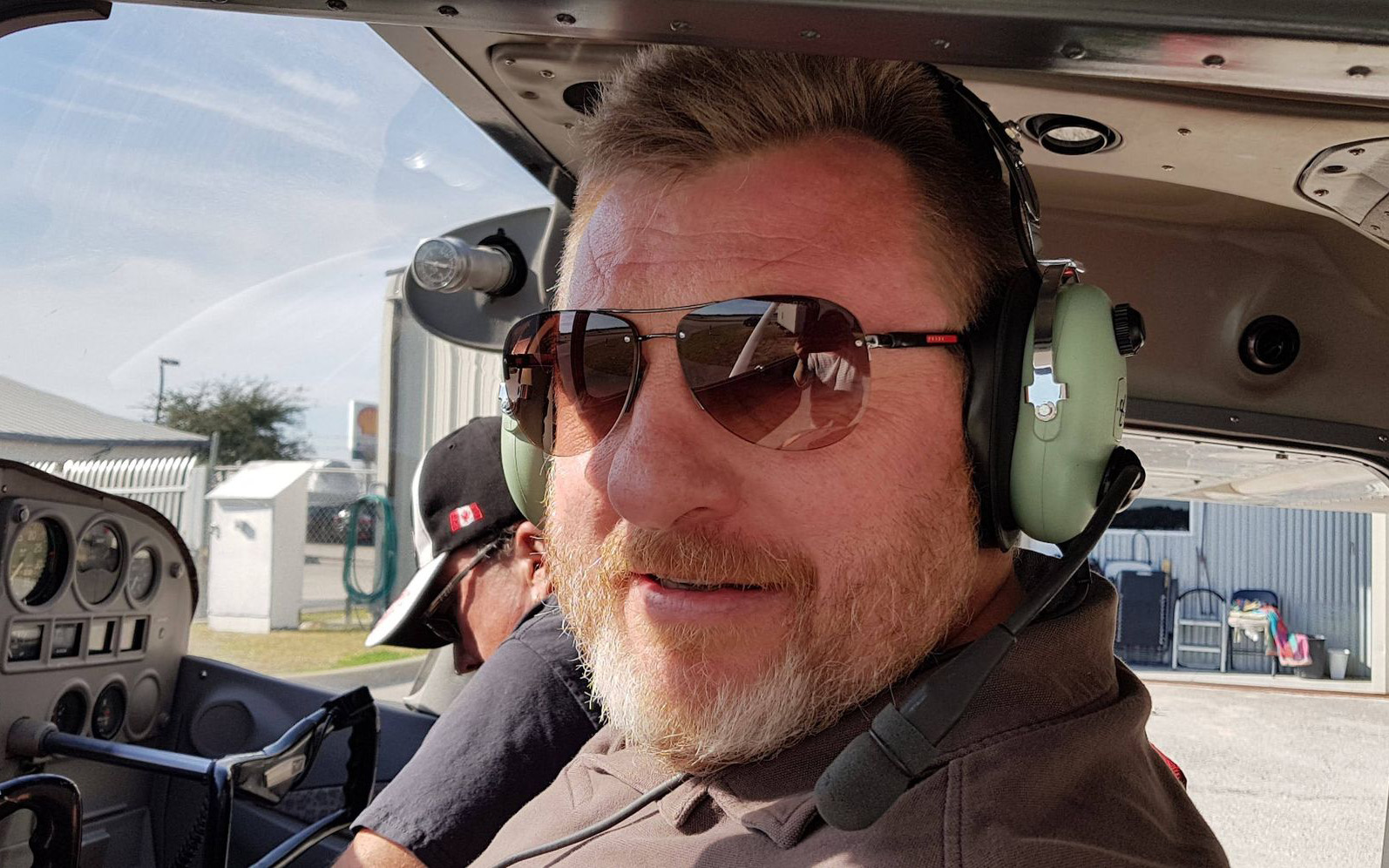 Love for aviation is forever. Even if your career path takes another direction, you will always be drawn to airplanes and everything associated with them. Vladislav Borodulin, an alumnus of the Moscow Aviation Institute, had a first-hand experience of that feeling. Although he had achieved great success in journalism, at some point he decided to get back to his childhood dream and work in the aviation industry. Vladislav used to hold executive positions at the Kommersant newspaper, Gazeta.Ru news site, and Pulkovo Airport (St. Petersburg). Nowadays, he does market assessments for supersonic passenger jets. Our alumnus kindly told us about his professional path and shared his advice for the students.
Vladislav, could you tell us why you chose MAI? For as long as I can remember, I had always imagined my future in aviation or astronautics. My childhood hobbies, related to modeling and collecting stamps on these topics, turned into my profession.
I grew up in Kazakhstan. As soon as I finished school in 1985, I immediately flew to Moscow. It was my first day in the capital. I went for a walk around the city, and believe it or not, my feet literally brought me to the MAI building. I thought it was a sign. The first department I noticed was the admissions committee of the "Aviation, rocket engines and power plants" Department, and that is where I decided to submit my application. I ended up enrolling in the Chair of "Rocket Engines".
What are your dearest memories of the student years connected with?
Back then, we were young and skeptical about a lot of things. Looking back, I realize that absolutely every memory of my student life in MAI is filled with warmth. I have very pleasant memories of our wonderful professors, and especially of Zoya Uskova, who was then the Vice-Dean of the Faculty No. 2. She was such a caring person, that one could easily call her the Mother of all students of the Faculty of Mechanical Engineering.
How did your professional path evolve after graduating from MAI? I graduated from MAI in 1992. My dream was to work at NPO Energomash, but I could not be employed there without a Moscow residence permit. I was assigned to an enterprise in Voronezh, which by that time had converted to a comparatively more practical area of production. I was 22 years old, bright-eyed, and bushy-tailed men enthusiastic about aviation, cosmonautics, and rocket science, and I could not agree to this. So, I decided to take a break and spent six months trying to find something more or less aligned with my interests. One day, I came across an ad in the Kommersant newspaper - it was recruiting staff for its weekly issue - and I decided to give it a try. The man who interviewed me was also an MAI alumnus. He believed in me, and thus, my fate was determined.
Why did you decide to focus on journalism?
Actually, when I started working at the newspaper, I had absolutely no journalistic experience. The decision to try my hand in this field was connected with one of my idols was Yaroslav Golovanov, who is an outstanding figure in both history of national journalism and history of national cosmonautics. He was a Soviet and Russian journalist, writer, and science popularizer, who practically devoted his entire life to the scientific column of the Komsomolskaya Pravda newspaper. For more than 10 years, he worked as a special correspondent for that newspaper in the Baikonur Cosmodrome and the Mission Control Center. His reports and books were cherished by everyone interested in cosmonautics. I just wanted to tough, at least remotely, similar heights. 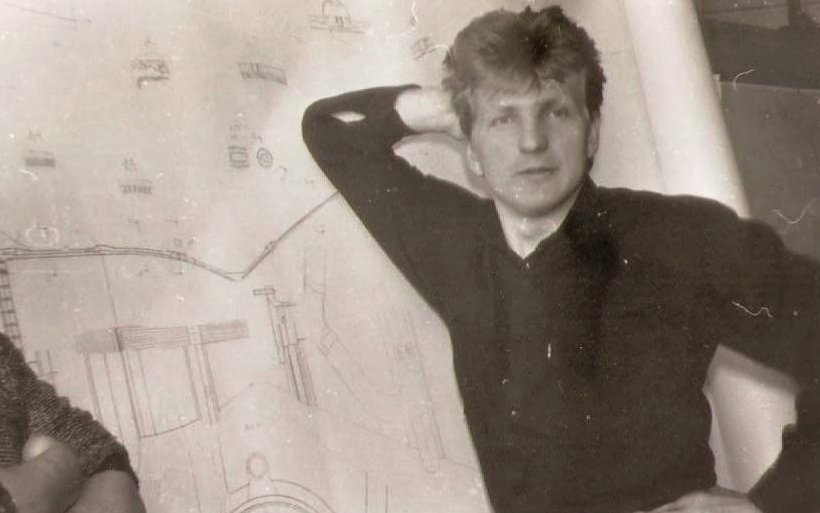 Vladislav in his student days

Journalism is more about humanities. How was the knowledge you received at MAI applicable to the field?

My first editor would often say: "Vladislav, you are thinking in a structured way and viewing things from a different angle. This is exactly what I appreciate about you. We don't know how to think like that".

In the field of technology, when some invention opens a new, more effective way to achieve a significant result, we call it a "breakthrough". For example, the invention of the rocket engine completely changed the world of civil and military aviation. Our newspaper team was made up of very different people: engineers, economists, philologists, historians, cultural historians, art historians. This mixture made Kommersant a true "breakthrough phenomenon" in Soviet and Russian journalism in the late 1980s and early 2000s.

How did your career evolve from correspondent to editor-in-chief?

Thinking retrospectively, I would have done many things differently. But in general, I am satisfied. I worked at Kommersant with some gaps for 15 years. I am no less proud of those gaps. Because Gazeta.Ru was also a "phenomenon" in domestic journalism when the professional standards of major newspapers had moved to the Internet. Most of the readers of this interview are too young to perceive the borderlines of these eras. The first era was ideological (late 1980s-early 1990s), the second one was technological (late 1990s-early 2000s), when newspapers saw the birth of their competitor, the Internet, for the second time after television. And I am happy that I was involved in the processes of both eras.

After leaving Kommersant in 2006, you went to study aviation business at Embry-Riddle Aeronautical University (ERAU) in the USA. Why did you decide to change your career direction and return to aviation? What made you choose that university?

The reasons for leaving Kommersant were very prosaic. The paper was sold, and we could not find common grounds with the new owner. Plus, I personally sensed that this field has outlived itself tremendously. I was planning to idle around for a while, to reflect on what I would like to do, and at the same time to learn how to fly an airplane and receive a private pilot's license later. During that period, I came across ERAU on the internet. It came as a surprise when I accidentally learned that, many years later, I could go to aviation school for a second time. Because aviation is a forever love, I took this second chance, studied in America, and got an MBA qualification in airline and airport management.
How did you proceed with your career after graduating in the USA? Why did you return to Russia?
I graduated from the Florida Institute of Aviation in 2009, in the time of a global economic crisis that touched many spheres including aviation. So, I decided to try finding a job with my acquaintances. Luckily, I ended up at Pulkovo Airport, becoming a Director of Strategic Development. It was interesting because I worked for one of the first (and the largest) public-private partnership projects in Russia. Absolutely everything was new: the terminal, infrastructure, people, technology, management, corporate ethics, and so on. Only two runways were left of the old airport. The work environment was closer to one of a startup than to a classic bureaucratic organization.

After a while, I realized that big organizations were not really my thing. When I left Pulkovo in 2011, I led various projects related to the aviation industry, after which I refocused on independent consulting and became involved in the air transport system modeling. First, it is about analyzing the availability of the transportation market. For example, one of my recent projects is a market assessment for second-generation supersonic passenger planes, estimating their potential demand.

What advice would you give to current MAI students who aspire to pursue a career in the aviation industry?

First of all, learn English, because it is the language of aviation and it is impossible to advance without it.

Second, have an eye on what is going on outside of Russia, watch what other people and countries are doing. Aviation is an international business. Therefore, you can't rely solely on the experience of your predecessors.
Third, broaden your horizons, extend your perspective beyond your area of expertise. Today, we witness a trend when the technologies that promise to become decisive for future aviation transportation systems come from other fields. Thus, it is necessary to be always aware of innovations and developments occurring in adjacent industries.