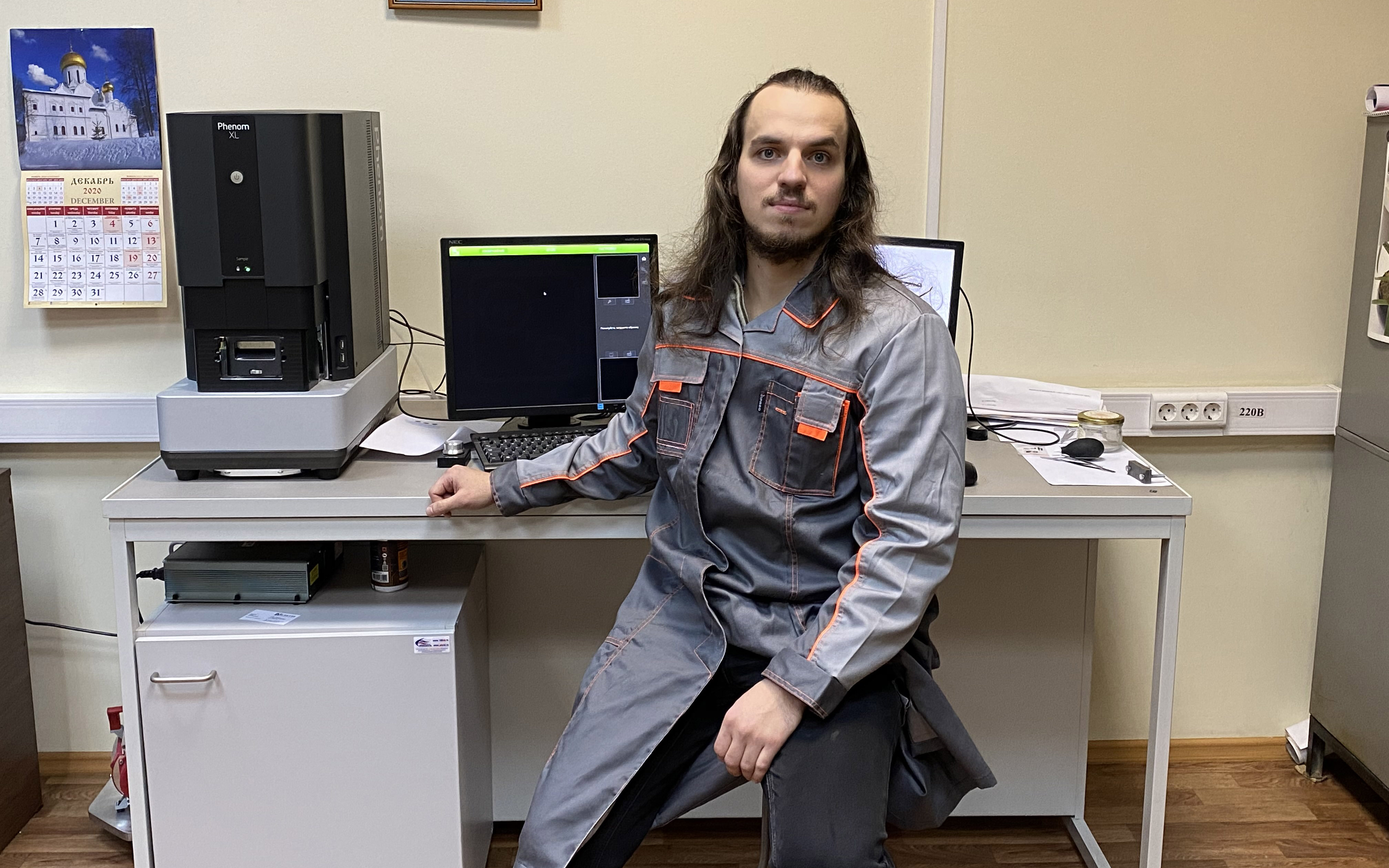 Ivan Lifanov, processing engineer of JSC MIC NPO Mashinostroeniya, who defended his PhD thesis at the department 903 "Advanced Materials and Technologies for Aerospace" of Moscow Aviation Institute in 2019, became one of the winners of the Russian competition "Youth and the Future of Aviation and Cosmonautics" that ended in November. His work on the creation of a heat-resistant coating for composite materials took second place in "New Materials and Production Technologies in Aviation and Rocket and Space Technology". At the same time, the work was awarded the first degree diploma from the official sponsor and partner of the competition — JSC "United Engine Corporation".

The main purpose of the protective coating is to ensure the operability of the carbon-carbon and carbon-ceramic composite materials in high-speed high-temperature oxidizing gas flows.

— Such composites are perspective materials in rocket and space engineering, because they have excellent specific strength and are able to withstand mechanical loads at temperatures exceeding 2000°C, — says the graduate of MAI. — However, with such attractive indicators of thermal stability, they have extremely low heat resistance, that is, they have a tendency to oxidation at temperatures above 400-450°C. At temperatures above 1000°C carbon composites burn out actively, which quickly leads to a complete loss of their mechanical characteristics.

Oxidation is one of the central problems limiting the usage of carbon composite materials for the details of prospective aviation and rocket and space products exposed to high-speed high-enthalpy gas flows. Such conditions inevitably arise during the descent of the returned spacecraft, as well as during flights at hypersonic speeds.

The coating is now being developed — it is applied to the parts surface and during operation it does not allow the penetration of oxygen from the environment to the composite — in order to solve the problem of oxidation. The work is being carried out under the guidance of the associate professor of the MAI department 903 Alexey Astapov. The research is funded via grant from the Russian Science Foundation.

The conceptual scientific approach, within the course of which the work is being carried out now, was founded by MAI professor Valentina Terentyeva. In her works dating back to the 1990s-2000s, there was proposed an original architecture of the protective coating: refractory frame that provides resistance to the mechanical action of the flow (runoff, erosion), filled with a liquid phase that penetrates into pores and cracks and blocks the access of the oxygen to the protected material. This research continues and develops the high traditions and innovations of this scientific school.

The known heat-resistant protective coatings designed for operation at temperatures of about 2000 °C are usually based on refractory carbides or transition metal borides. Their application requires the use of relatively complex methods, such as ion-plasma sputtering, electrolytic or gas deposition.

— Our coating belongs to the "zirconium disilicide — molybdenum disilicide — zirconium diboride" system and it has not been studied in the world yet, — says Ivan Lifanov. — The presence of zirconium disilicide, the melting point of which is relatively low and is 1620°C, provides the possibility of using the slip-roasting formation method. The idea is to apply the coating suspension (slip) to the surface of the protected part and to melt it afterwards.

The main advantage of this method is its cost-effectiveness and the fact that it does not require expensive special purpose equipment. The application of the slip is carried out via using a spray gun or via dipping the part, and the firing is carried out in a conventional vacuum furnace. At the same time, the presence of the melting phase is not detrimental to the performance characteristics of the coating, since during oxidation it is transformed into a frame based on refractory zirconium oxide (melting point 2715°C), the defects in which are filled with the resulting borosilicate glass.

At the moment the experts have managed to develop the laboratory coating technology and conduct fire tests at the Central Aerohydrodynamic Institute named after N.E. Zhukovsky. Coated samples were blown by a hypersonic flow of air plasma. The coating withstood tests with a total duration of more than 1200 seconds with a short-term (up to 100 seconds) rise of surface temperatures up to 2200°C.

The work goes on

The success that has been achieved opens up prospects for further industrial application. However, before introduction into production, it is necessary to determine the service life of the coating accurately, which requires numerous tests and statistical evaluation, that will guarantee the effective operation of the product under specified conditions. Another problem that needs to be solved is the transfer of laboratory application technology (roasting in a small vacuum furnace) to industrial conditions. The large vacuum furnace provides slower heating, which increases the firing time and sublimation of silicon during the coating formation process. In turn, this leads to the increase in the refractoriness of the coating and worsens sintering.

"In addition to the practical results achieved, extensive theoretical data on the „zirconium disilicide — molybdenum disilicide — zirconium diboride“ chemical system have been accumulated during the work," — Ivan Lifanov notes. — These results are presented in articles in highly rated scientific magazines, at conferences, and they are of scientific interest themselves.

The results of the work may be useful for organizations engaged in the development of rocket-space or hypersonic vehicles. Rocket and Space Corporation Energia, JSC "UNIIKM", MMZ "Avangard", ONPP "Technologiya" named after A.G. Romashin left positive reviews on Ivan Lifanov’s dissertation devoted to this coating. All these organizations manufacture products, the performance of heat-loaded elements of which may be increased via the implementation of the new coating.