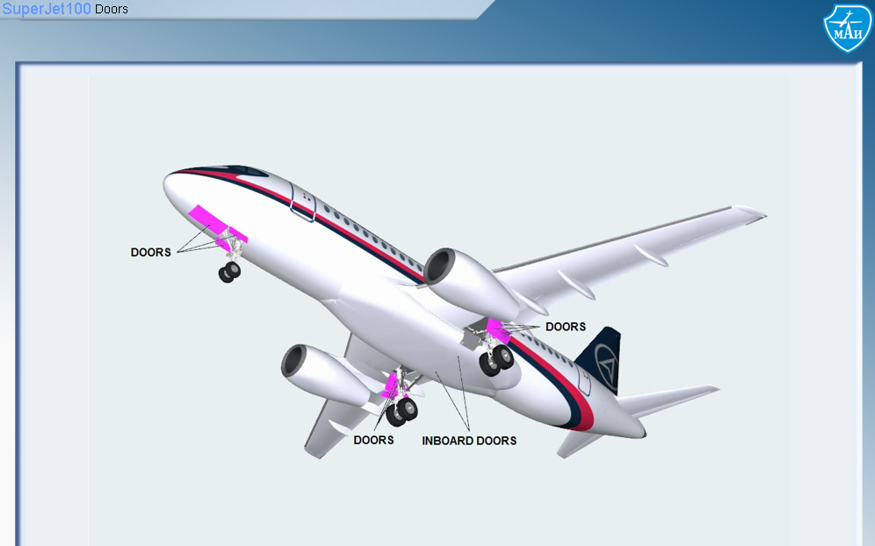 This year the MAI Aviation Training Center has sufficiently expanded its opportunities concerning the training of the aviation industry personnel. During the reorganization of the center this summer two more subdivisions were created on its basis: the center of linguistics training and the center of aviation and non-aviation personnel training. To the current moment the Federal Air Transport Agency (FATA) has already approved and certified 12 new educational programs including those aimed at training of aircraft maintenance technicians, aircraft maintenance mechanics, etc.

On 25-27 of November the first course titled "Scheduled maintenance of RRJ-95 and its models with the SaM146 engine" for the experts carrying out the technical maintenance of the aircraft was successfully carried out in MAI. The course was taken by 19 ATechnics employees.

Shortly after the first course the second complicated program was launched, it was titled "Maintenance of RRJ-95 and its models with the SaM146 engine for B1.1 and B2". 12 ATechnics employees and 2 Rossiya Airlines representatives started to study the theory. On the 21st of December the students of the course will start the practical part of the program at the Sheremetyevo airport premises. The certificates will be issued on the threshold of the New Year after the 29th of December when the course will be over.

The training of the engineering personnel is carried out with the help of modern means: the computer based training system (CBT) allows to get acquainted with the aircraft design. CBT fits for both classical and distant learning. The manuals for training are based on the actual information.

The MAI training center was founded in 2005 and initially was focused on English courses including aviation and technical English. For the sake of further development the management of the center is working on a number of programs now.