Genrikh Novozhylov: his path from MAI student to chief designer


October 27 marked the 95th anniversary of the birth of the legendary Soviet and Russian aircraft designer, Doctor of Technical Sciences, member of the USSR Academy of Sciences (since 1992 — RAS), Professor Genrikh Vasilyevich Novozhilov.

Genrikh Vasilyevich started his career in the aviation industry at the Moscow Aviation Institute. He became one of MAI most famous graduates, the creator of Il-76 heavy military transport aircraft, the Il-96 wide-body passenger aircraft, and the Il-114 twin-engine turboprop aircraft. His contribution to aviation was marked by a number of state awards: he was awarded the order of Lenin and the Lenin prize, he received the title of Hero of Socialist labor twice, he was awarded the Member of the Order of Merit for the Fatherland III, II, and then I degree.

The beginning of the way to MAI

Since he was a child, Genrikh Novozhilov wanted to become a pilot, but leg injury in 1939 did not allow him to fulfill his dream. He was declared unfit for military service, and in 1942 entered MAI preparatory department, and then got a job as a laboratory assistant at the Physics Department. In his autobiographical book "About myself and the Airplanes", Novozhilov warmly recalls Konstantin Anatolyevich Putilov, who was then the Head of the Department.

"He was a man of remarkable intelligence, in the best sense of the word," he writes. — During the World War II Konstantin Anatolyevich organized a group of creative students at the MAI Physics Department. I happened to be part of this group. He treated us with great respect, invited us to meetings of the Department Council."

In his early years he worked at the Department, helping in the implementation of the water jet engine project, Putilov was engaged in. According to Novozhilov, this school was very useful in his life.

In 1943, the young man entered the Aircraft Building Faculty (now-Institute № 1 "Aviation Technology"). In his book Novozhilov notes the high quality of MAI education, despite of all the difficulties of wartime, and calls the University his home.

"We really drew a lot, did course projects, learned to use tools: hammer and chisel, worked on machines, were engaged in foundry and welding work." — recalls Genrikh Vasilyevich. —"We also represented mass production, having passed an internship at the Znamya Truda plant, which produced Il-12 aircraft. MAI education allowed the graduate to work confidently in aviation and emerging space industries." 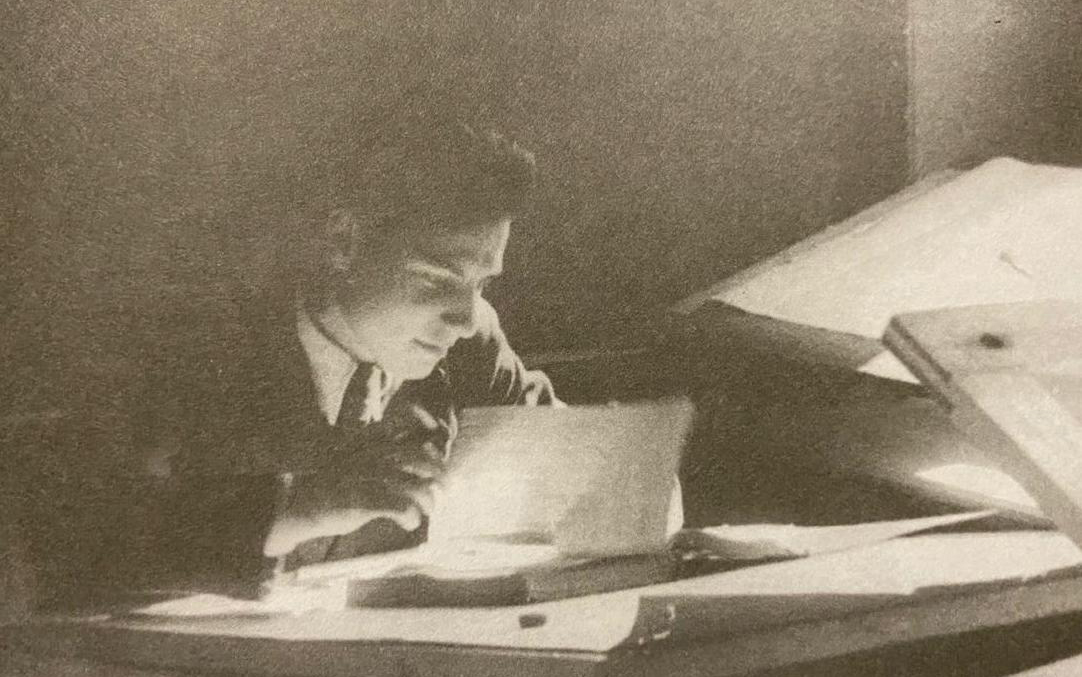 Genrikh Novozhilov-MAI student, 1944, G. Novozhilov "About myself and the Il planes"

Practice at the Ilyushin design Bureau

In 1948, as a fifth-year student, Novozhilov was sent to pre-graduate practice, which MAI residents traditionally combine with work at specialized enterprises. He was assigned to the experimental design Bureau at the plant № 240 of the People’s Commissariat of Aviation Industry of the USSR, which was headed by Sergey Vladimirovich Ilyushin. At that time, it was impossible to assume that in a little over two decades he would take place of the chief designer of the design bureau.

As part of his thesis, Novozhilov designed a front-line bomber aircraft. The Il-28 was taken as a basis, the straight wing was replaced with a swept wing.

Ilyushin became the head of Novozhilov’s graduation project. He was supposed to be at the head of the State Commission for the defense of the diploma. But the case ordered otherwise, and the chief designer of the enterprise Vladimir Mikhailovich Myasishchev became the Chairman of the Commission. Novozhilov was upset by this fact, fearing that Myasishchev’s temper was too strict. However, the chief designer appreciated the work: the diploma project was defended with the «excellent» grade, and in 1949, after graduating from MAI, Genrikh Vasilyevich was assigned to the Ilyushin design bureau, where further on he worked his whole life.

The young engineer started working in the fuselage department of the design bureau under the leadership of Valery Afrikanovich Borog. During the first years of his work, he participated in the creation of the Il-14 passenger plane, the Il-40 aircraft ejection seats, and the Il-46 jet bomber. Gaining experience from the country’s leading experts, Novozhilov soon achieved the category I design engineer level. In this status, he worked on the Il-54 transonic bomber: designed the afy bomb bay, took part in the building and flight tests. 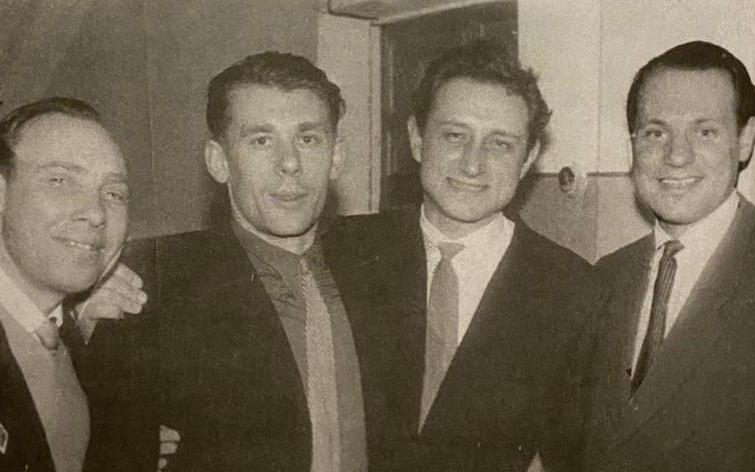 Young designers of the fuselage Department: G. Sukhoverov, V. Popov, A. Shakhnovich, G. Novozhilov, 1954, "About myself and the Il planes" by G. Novozhilov

In 1958 Ilyushin appointed Genrikh Vasilyevich deputy chief designer and assigned responsible for the Il-18 turboprop passenger aircraft and its acceptance into operation. And since 1963 Novozhilov was responsible for the creation, testing and launching into mass production of the new long-haul passenger aircraft Il-62. For this work, he later received the Lenin prize.

Invaluable contribution to the aircraft industry

One of the most famous aircraft of Genrikh Vasilyevich Novozhilov is the military transport Il-76, which first took to the air in 1971 and was already adopted by the air force in 1975. This was the first Russian military transport aircraft with a turbofan engine, the use of which allowed to significantly increase the performance of the machine. A number of innovative solutions were used in the design, including powerful wing mechanization, an original landing gear suitable for unpaved airfields, and others. Production of the aircraft, which had no analogues in the world, was launched at the Tashkent plant, a total of 950 machines were built.

The Il-76 became the basis for many modifications: the Il-78 kerosene tanker, the Il-76K cosmonaut training aircraft, as well as search and rescue, medical, fire and reconnaissance aircraft.

The passenger Il-86 is another achievement of Novozhilov. It was commissioned in 1980 and became the first and most mass-produced Soviet passenger wide-body aircraft. The project placed special emphasis on ensuring high level of reliability, for which multiple redundancy method was developed with the principles of «safe damage».

The experience of working on the Il-76 and Il-86 aircraft is reflected in the project of the Il-96-300 wide-body long-haul passenger aircraft (first launched in 1988), designed for 300 passengers and a flight range of 9,000 km. A special version of this aircraft serves today the President of the Russian Federation Vladimir Vladimirovich Putin. 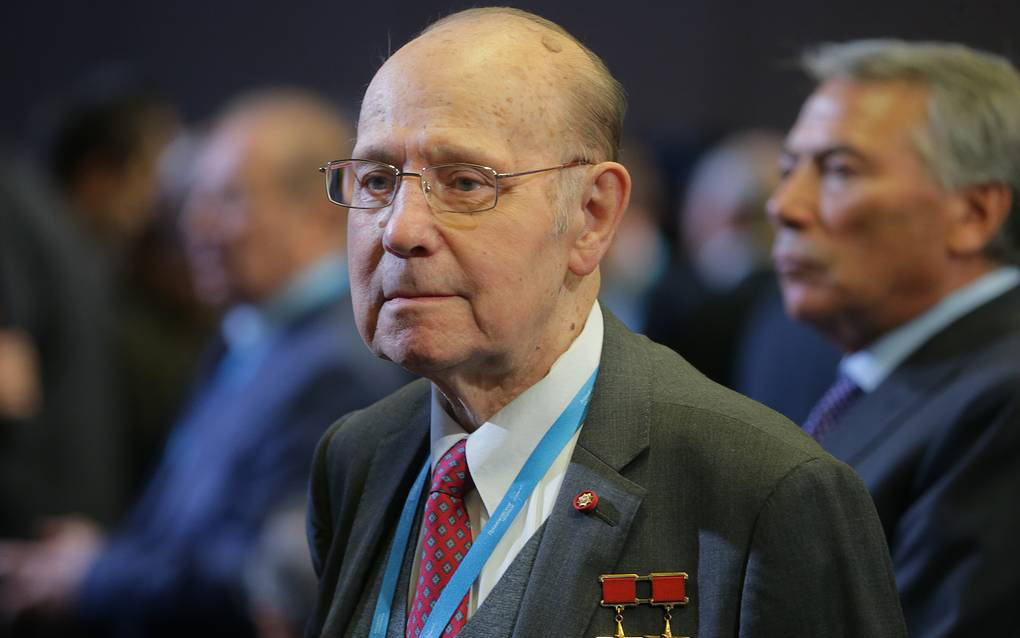 In 2021 the United Aircraft Corporation, which is superior to the Ilyushin Aviation complex, plans to begin certification tests of the Il-96-400M, a new modern aircraft based on the Il-96-300. This is how the work of Genrikh Novozhilov, great designer and outstanding MAI graduate, continues today. His name will forever remain in the history of Russian aviation and, of course, in the memory of all MAI residents.

"He was always an older friend..."

Ilyushin’s firm has always worked closely with Sukhoi. This relationship formed the basis of good working and human relations, which was supported by Genrikh Novozhilov and Mikhail Pogosyan, who is now the rector of the Moscow Aviation Institute, who has passed his career from engineer-designer of the Moscow machine-building plant. Sukhoi General Director of JSC "Sukhoi".

"The historical connection between Sukhoi and Ilyushin created the atmosphere of mutual trust and respect. Such relations were maintained by Genrikh Vasilyevich with Mikhail Petrovich Simonov, who had been the chief designer of the Sukhoi design Bureau since 1983. They were colleagues and good friends" — Mikhail Aslanovich recalls. — "These good relations helped us find joint solutions to many complex problems."

Mikhail Aslanovich emphasizes that he always listened to the opinion of Henrikh Vasilyevich on a variety of issues, taking into account his extensive experience and accumulated knowledge. They talked a lot about science, personnel training, the prospects of the Department 101 "Design and certification of aviation equipment" and, of course, the directions of aviation development.

"Genrikh Vasilyevich Novozhilov has always been a senior friend for me, and until the last day he was rooting for his business, was focused on the prospects for the development of aviation." — concludes the rector of MAI.