The "Place of Power", or the story of how a MAI student went to an exchange trip to Munich 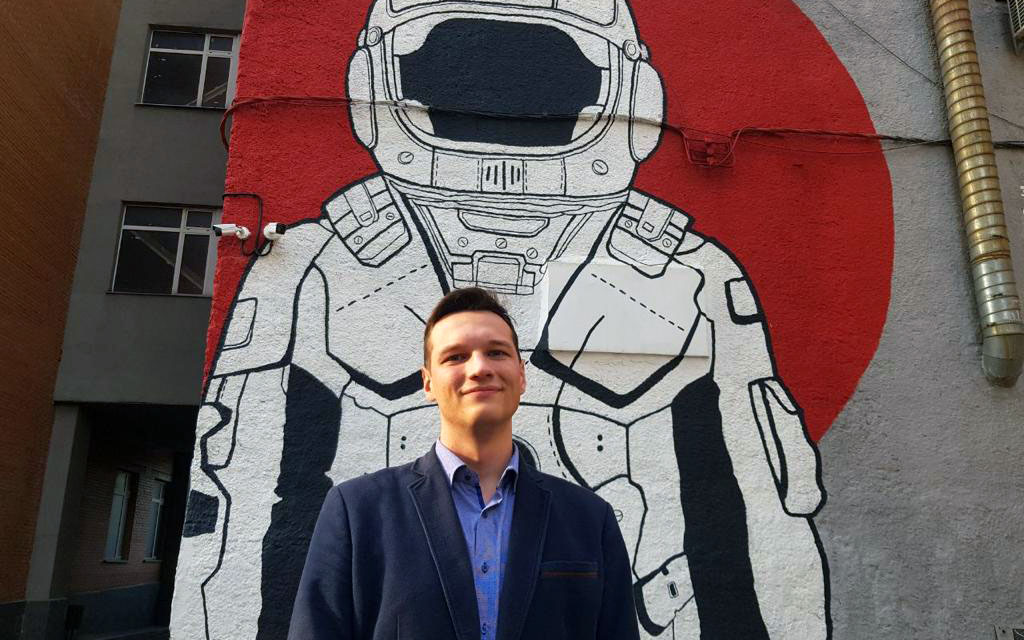 The academic exchange program helps students of Moscow Aviation Institute build an individual educational trajectory, expanding their opportunities for obtaining new knowledge far beyond the borders of one University or country. MAI cooperates with more than 20 universities around the world accelerating the academic mobility. Students of at least third year who study well, know foreign languages, and clearly understand the benefits of this trip can take part in the program. Alexander Denisov, an expert in radio electronics, communications and information security at the MAI Institute № 4, shared his impressions about the training he received at Technical University of Munich, with the MAI press-service, and explained why, although Munich might be considered as "place of power" for a technical student, his Homeland is more pleasant for him.

How did you learn about the academic mobility program? What program did you participate in?

I learned about the academic mobility program from teachers of the Department 405 "Theoretical Radio Engineering" and MAI graduates. I got interested, I studied the reviews of students who had previously participated in the program and chose Munich Technical University. I chose the Electrical Engineering and Information Technology Program for the internship, as it optimally corresponded to my level of training and the educational program at MAI. I also tried to keep balance between theory and practice when choosing my subjects.

Could you please tell us more about life on campus?

Life on campus, despite the very large number of students, is quite calm. Students spend most of their time studying, in the library, or in other designated areas.

It is worth noting that Munich Technical University has several campuses located quite far from each other. All my classes were held in the main campus in the center of Munich, where all the necessary infrastructure was created for comfortable study and staying during the day, while the architectural ensemble includes both old and modern buildings.

How difficult was it to study and live in another country?

Mentally, I prepared myself that it might not be that easy. Sometimes there were difficulties with solving some issues. If it went on for a long time, I would take a short break and then keep trying until it worked. I am very grateful to MAI for the quality of my knowledge. This helped me to master the program in Munich faster and easier. In addition, MAI taught me how to learn — this skill helped me to overcome the difficulties associated with the educational process more than once.

I am also grateful to the International Department, because thanks to their competent and well-coordinated work, I did not have to face any difficulties in terms of documents, solving housing issues and other household issues.

How were the school hours for you?

School hours were not much different from MAI. The first half of the day was occupied by classroom classes, followed by time devoted to self-education. Mostly I spent it in the library of the main building or in the numerous laboratories of the University.

How did you spend your free time?

I often spent my free time in the company of other students. My roommates were guys from India and Nepal. In the evenings, we gathered in the kitchen, had some tea, often traditional Indian masala tea, treated each other national dishes and talked about our cultures.

The cultural program was also quite extensive — numerous meetings, clubs of interest, excursions. For example, I took part in a very exciting and informative tour of the BMW factory in Munich.

Were there many of other exchange students? How difficult/easy was it to find common language with them for you?

A lot of them, as from my point of view. It happened so that my social circle consisted mainly of ordinary students studying at the University of Munich permanently, but there were also exchange students from Russia (St. Petersburg), China, Hungary, Spain, and India. I communicated with students from India and China mostly, with whom we had many common courses. We not only became friends, but also tried to help each other in mastering the educational material.

In general, I didn’t notice any differences between students in Germany and in Russia. This is a large international community united by common goal. I never felt like a foreigner when I talked to other students. At the same time, it was very interesting to listen about the cultural characteristics and peoples’ values.

What is your impression of the country? What was the most memorable part of the internship?

Munich is a city of contrasts. This is a place of concentration of various cultural values, and a large industrial and research center. In my opinion, for a technical student, it can be considered as a kind of "place of power". But despite this, I am patriot of my homeland. While being in Germany, I often missed the Moscow rhythm of life.

My entire internship can be considered as one big memorable event. Time passed very quickly. I didn’t have time to get used to the learning process, as the exam period already begun. And I believe that I spent this time with benefits both for professional development and for the development of my personal qualities.

If you had the opportunity to work in Germany, would you go there?

I would like to visit Germany as a scientific tourist, the participant of the international scientific events. It is interesting to learn more about the research areas implemented there. But I wouldn’t like to work in Germany all the time. During the internship, I realized that I feel much more comfortable at home.

What would you recommend to students who are going to go to another country for an exchange?

The most important thing, from my point of view, is to have the clear calendar plan. Participation in the academic exchange program involves the preparation of a large number of documents within strictly limited time frame, which, I believe, is simply dangerous to keep in mind. If, for example, you forget a visa application document, the entire trip may be at risk. Having a clear plan and following it can significantly minimize such risks.

Did the trip have an impact on your educational trajectory?

I am very happy that MAI students have the opportunity to participate in the academic mobility programs. Academic mobility allowed me to look at what I do from a slightly different angle and once again make sure that the path of development I have chosen is correct. At the moment, I don’t see any point in changing my trajectory. The knowledge I gained at MAI allowed me to feel confident far beyond the borders of Russia. I hope that in the future I will only increase this potential.