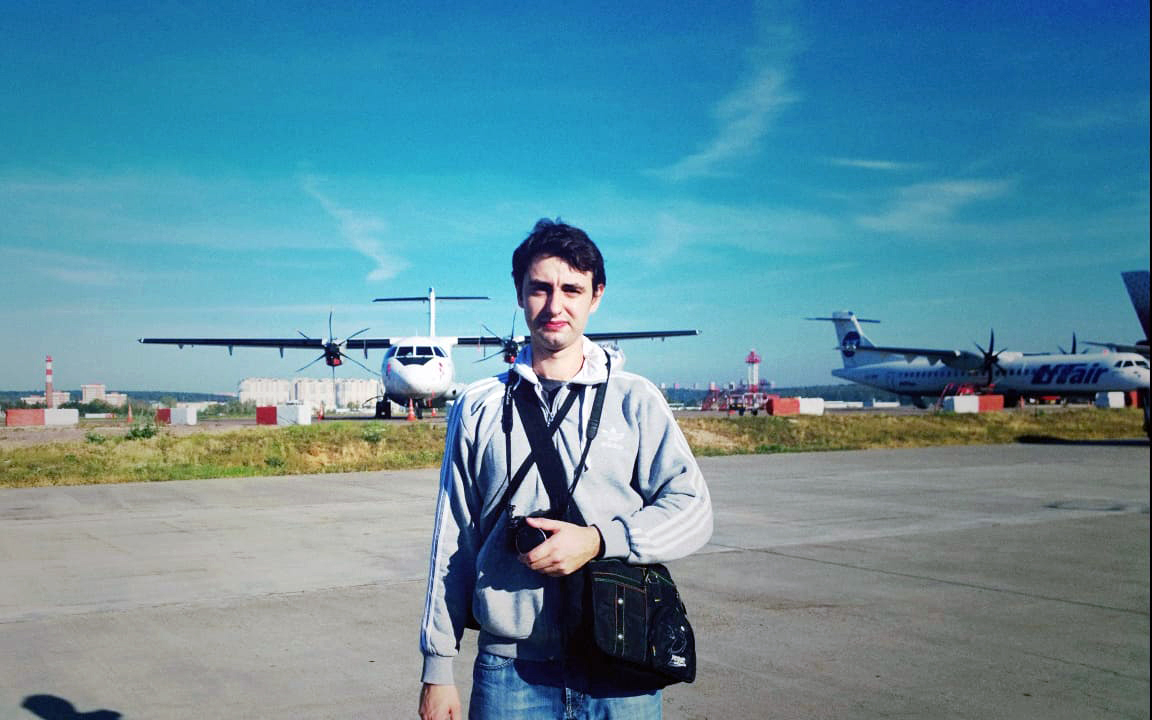 One of the most promising growth areas of the Moscow Aviation Institute for more than 70 years, among others, has been the integration of high technologies to medicine. The University educates professionals and conducts research in order to create and introduce innovative medical materials and equipment into industrial production. The first department of medical orientation appeared at the University back in 1945. Today, the departments of four MAI institutes educate medical engineers, and each of them has its own specific direction.

Timur Aydemir, engineer and assistant at the 912B Department of the MAI Institute № 9, found his scientific purpose in implementing the aircraft construction technologies both in the medical industry and in the aviation industry. One of the achievements that he is particularly proud of is his participation in a team of Russian scientists, biologists, engineers and designers in the development of the world’s first magnetic bioprinter for the ISS. Now together with his supervisor — a well-known scientist in the field of functional materials, doctor of chemical Sciences, Professor of the 901 Department Kamilya Kydralieva, the young scientist is working on creating an innovative composite nanomaterial that will help to improve both medical and aviation equipment. In 2019 Timur received grant from the Russian Foundation for basic research (RFBR) for the project "Functional nanocomposite materials based on bimetallic Fe-Co and Fe-Ni alloys: structure and properties".

Nanocomposites are promising prospective materials for use in various fields of medical and aviation technology. First of all, for the devices for submicron positioning of valve assemblies in biomedicine and aircraft construction, ultrasonic emitters and vibration detectors, magnetic information recording systems, magnetic resonance imaging (MRI), electronics, radiation protection systems, including radio-absorbing coatings.

The main advantages of the nanocomposite developed by Timur are increased strength, magnetic and shock-absorbing properties, the ability to change shape and size, as well as the ability of the material to absorb radio frequency radiation (stealth technology), making the aircraft less visible for radars.

There are many various radio-absorbing materials, however, after extensive analysis, the MAI residents came to the conclusion that, despite the properties of such functional materials that work to attenuate incident electromagnetic waves to varying degrees, their characteristics are inferior to the properties of magnetic metals or Fe and Co alloys in the form of binary or multicomponent composites that enhance their electromagnetic functions due to synergistic effects from each component. Therefore, many scientists are currently working on the development of hybrid FeCo nanocomposites.

The scope of the research project grew out of various research interests of the MAI resident. Timur did his bachelor’s work with burning desire to create something useful in the field of cancer treatment. These were studies of polymer stabilizers of magnetically active nanoparticles for local magnetically controlled hyperthermia. The fact is that this method is one of the promising methods of treatment of malignant tumors due to its selective thermal effect on the local area of the tissue (malignant tumor) under the influence of an alternating magnetic field and good compatibility with traditional methods of treatment in oncology.

While working at his master’s degree, Timur focused on the injection molding technology. This is a promising technology that allows the mass-production of the metal parts of complex shapes without loss of quality on the principle of the plastic casting (MIM technology). He tried to produce the parts of complex geometry with a high degree of purity and quality from the unsuitable oxidized (rusty) metal via special processing into fine powder. As part of this activity, he also assembled unit in order to monitor the level of homogeneity of the mixture.

At the postgraduate stage, the medicine was added to his field of interest. Timur’s interest was especially piqued by the fact that this symbiosis resonated with the interests of his mentors at MAI — those whom Timur calls "His teachers and enthusiastic scientists, without whom nothing would have happened." This is the teaching staff of the Institute № 9 represented by Gennady Fetisov, Kamilya Kydralieva, Mikhail Prokofiev, as well as experts of the Institute of Problems of Chemical Physics of the Russian Academy of Sciences Gulzhian Dzhardimalieva and Inna Shershneva. In one way or another, all these people are involved in the work on Timur’s project.

When asked how MAI helps to develop in the field of professional and scientific interests, Timur says that MAI is a place for him to participate not only in research conducted at the Department 912B «Aviation materials and technologies in medicine», but also in scientific projects of the Department in cooperation with various research institutes. In addition, at the Department, he can transfer the experience he accumulated and knowledge in the field of biomedical systems design to undergraduates. And the staff of the University, in particular Institute № 9, will always support it, because MAI is one of the few universities where enthusiasts remain, those people who work for the sake of science, for humanity, for the country, and not for the amount of money earned.

The synergy of the aviation and the medicine

The principle of the development is based on the synergy of the properties of the components of the material created, as well as a unique synthesis technology, when stable FeCo nanostructured complexes are formed in a carbonized and carbon-doped shell in one stage. The proposed method of obtaining materials differs from the existing analogues in that it is much simpler from a technological point of view and less energy-consuming.

At the moment, a lot of work has already been done on the review of the existing technologies, as well as on the theoretical preparation of experimental technology, and its debugging has been completed. On the basis of the Institute of problems of chemical physics of the Russian Academy of Sciences, initial components were obtained that were synthesized into final products — a composite highly dispersed FeCo material in a carbonized shell, doped with nitrogen. Experimental samples with different compositions were made for research and development of the optimal composition of the material.

Timur plans to bring the technology of nanocomposite production to the required parameters and apply it in medicine — for example, as a micro-actuating device, since such materials have the ability to change shape and size at magnetization, which is important, for example, for micro-valve assemblies in equipment.