How do the forms of the IT professional education change? 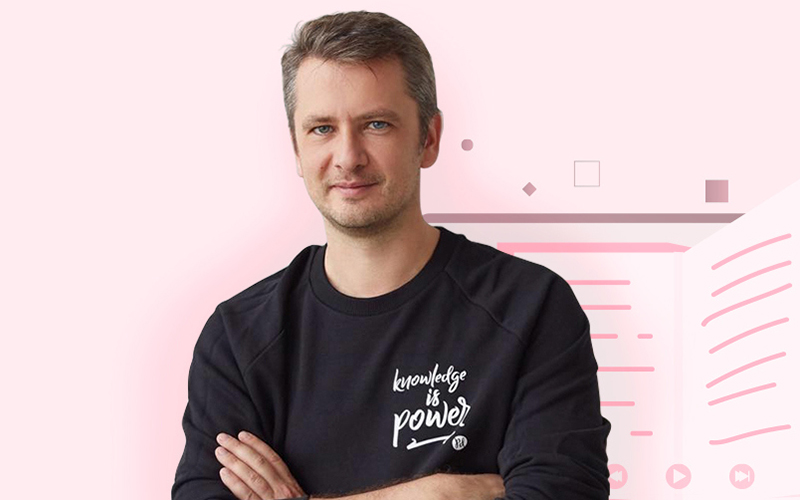 Dmitry Voloshin, the curator of MAI IT Center, the rector councillor and head of the master’s program "Internet of things", told the vc.ru how the IT industry is changing the forms of training and why today’s IT professionals are being subjected to new requirements.

I was a developer a long time ago. I wrote the user interface code in C++, it was a three-link application for production automation. At that time, my colleague was writing his code for procedures and functions in PL/SQL in Oracle 8i, and another one for the DCOM server part. One young lady created test scenarios and ran tests, another colleague made models of as is and to be, turning business logic into system. My team used a very modern RUP (Rational Unified Processes), we had clear sequence of project steps, description of the basic artifacts. Everyone was doing their own thing. Life was predictable and thorough. I knew that my career development would be more effective the further I would delve into C++ cases.

Each member of my team had his narrow specialization. It was usually determined at the University, and 4-5 years of experience were devoted exclusively to the development within this very specialization. Many years later I learnt that this scenario is called the I-shape. This term was first mentioned in a report by McKinsey&Co, the name of which is lost in time. Its essence is as follows: the development of an expert is carried out "vertically", within a narrow "well of knowledge", and the more valuable the professional is, the more he "digs" this well deep. I was I-shape, there were I-shapers around me, and we dug and dug with a tenacity worthy of respect.

Later on, when I became in charge of the IT business and my team consisted of hundreds of I-shapers, I realized how complex this story is. First, it took a LOT of engineers and experts to make a product. In fact, every sneeze required an expert. Does the customer require a different UI from the standard one? Please hire us a UX/UI expert, even if he is only 10% loaded. The client asks for special logic on the DB side? OK, we need a DBA, PL/SQL developer, and another expert for replication tuning between database instances. And all that raised the costs on the project incredibly, and led to the fact that developers earned less than they could in fact.

The second problem is various communication difficulties. Large teams are the clumsier the less common language they speak. Narrow experts did not understand each other well, their vocabulary was not enough, and their focus was on their own "well of knowledge". It was incredibly difficult to «make friends» between a developer, administrator, tester and analyst. Usually, it was the classical "Are there any questions as far as my part of work is concerned?". It wasn’t that someone was bad or something. It was just that their interests were different, and there wasn’t much in common to bring them together. This was especially sensitive during the long "waterfall" projects, where only the approval of the TOR with the customer could last for a year.

Everything started to change in 1991. David Guest proposed the concept of T-shape, which partially solved the abovementioned problems. Its essence is that each expert still continues to dig his "well of knowledge", but at the same time he proactively studies the related areas. The developer studies testing and design, the analyst learns the wisdom of technical writing, IT management and testing, the administrator grows his knowledge in the field of information security and data science. It should be noted that the possibility of training T-shapers arose also because IT became more abstract and required less fundamental knowledge. In the industry, people began to appear — Oh, horror! — who were not familiar with algorithms and data structures. And this is normal course of things, it means that the industry was growing mature.

What issues were solved after the appearance of the T-shapers? First of all, it became possible to make smaller teams. This is then, already in the 2000s Agile appeared and many learned the TTM abbreviation. Only few people know that the basis for flexible methodologies was laid by the T-shapers, people who were disparagingly called the "generalists" in the early 90’s. Small flexible teams gradually took over the world, and even in huge formal banks there appeared tribes and all of that kind. Against this background, salaries of IT specialists began to grow, as the marginality of projects, primarily outsourcing, began to grow, and companies began to encourage their employees to develop "broadly".

Now a T-shaper is valued for several qualities. First, knowledge in related or even distant subject areas helps to create non-typical solutions, solutions "at the junctions". In today’s competitive business, this property is one of the most valuable. Secondly, such an expert can help with the development of the project in different parts and at different stages, ensuring close to 100% utilization of their working time. Third, it saves the manager time on resolving conflicts: there are fewer misunderstandings and costs caused by misunderstandings. Fourth, this specialist is a walking backup for some team members. What if a Python developer gets hit by coronavirus? Our T-shaper will be able to pick up the fallen flag and continue the project.

And perhaps the most important property of a typical T-shaper is that he is an open-minded person who is not afraid of experiments, who strives to learn new things. I want to pay special attention to this quality, since the most serious change in the industry occurred here. If earlier an IT specialist was expected to work "from call to call" in a certain area of responsibility, now companies are ready to adapt to a flexible work schedule and even some creative chaos. The ability to create brand-new things became more important than standards and formalization, and that ability is based on the necessity to learn. Learning, as we know, is based on the reflection of experience, which means that companies have become more tolerant to errors and search costs.

Instead of a conclusion

I have news for you: the IT industry is discussing a new form of training, which is called W-shape. Imagine that several T-shapers can be combined in one person at once. This is difficult, but it is very consistent with the current trend, which is called lifetime learning. How many "wells of knowledge" can you learn during your professional career? Five, six? And how many subject areas can be studied around these wells? Dozens? This is probably what the most popular IT expert of the future will look like.