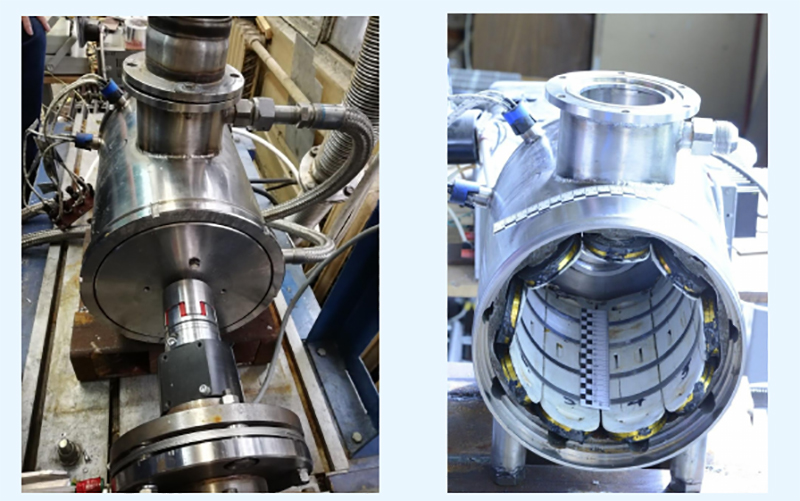 Moscow Aviation Institute was among the winners of the competition held by the Ministry of Education and Science of the Russian Federation for grants for conducting major research projects in priority areas of scientific and technological development. The competition was organized within the framework of the state program "Scientific and technological development of the Russian Federation".

The MAI project "Development of fundamental principles for calculating and building energy systems based on the superconductivity effect" turned out to be among the winners of the competition this year. The project addresses wide range of energy efficiency and productivity challenges associated with fully superconducting power systems in various production areas.

367 applicants submitted to participate. Only 41 of them were among the winners, including only 4 institutions of higher education: MAI, MSU, Lobachevsky University and Pirogov RNIMU. The MAI team consisted of the experts from the institutes № 2 "Aviation, rocket engines and power plants" (Department 203 and 204), № 3 "Control Systems, computer science and power engineering" (Department 310), № 6 " Aerospace "(Department 601) and № 12 "Aerospace science-intensive technologies and production" (Department of Radioelectronics, telecommunications and nanotechnology), as well as experts of the Institute of Thermophysics named after Kutateladze — the Siberian branch of the Russian Academy of Sciences — and five foreign specialists. The team consists of 55 people: 17 doctors of Technical Sciences, 15 candidates of Technical Sciences, 4 postgraduates and 4 students.

"Now there is a struggle for fuel efficiency and environmental safety in both transport and ground energetics. One of the uncompromising and perhaps the only solution might be the use of superconducting technologies. Over the past 20 years, certain success have been achieved in Russia and abroad, but only as far as the creation of individual superconducting devices, such as generators, motors, cable lines, and cryogenic support systems are concerned. No one has ever studied fully the superconducting energy systems before, taking into account their electrical, thermal and mechanical properties, heat and mass transfer, and intensive cryogenic cooling. For the first time, MAI decided to consider this issue comprehensively, and not only in relation to the aviation industry, but also relating to other areas of high technology" — says the project scientific Director, Doctor of Technical Sciences, head of the MAI Department 310 Konstantin Kovalev.

Superconductivity is the phenomenon of complete absence of electrical resistance at temperature below the critical. Thus, energy systems built on this effect, will potentially not have any losses. At the same time, energy systems built on the basis of superconducting devices have extremely complex cryogenic cooling system. Given the diversity of these devices, the MAI team explores fundamental issues of their joint functioning and stability in relation to mobile objects and ground power.

During the course of project work, the following are to be developed:

The practical results of this project might be of interest for such leading Russian companies as JSC UEC, JSC USC, PJSC UAC, JSC RZD, GC Rosatom, PJSC Rosseti, and many others. To date, MAI has gathered a close-knit team, created a large scientific and technical reserve for power and energy systems based on HTS, electromechanical converters based on HTS, high-speed turbines, cryogenic support systems, heat exchange modes, energy storage and current sources, high-performance turbomachines. The next stage is to combine the existing experience into common expert base.