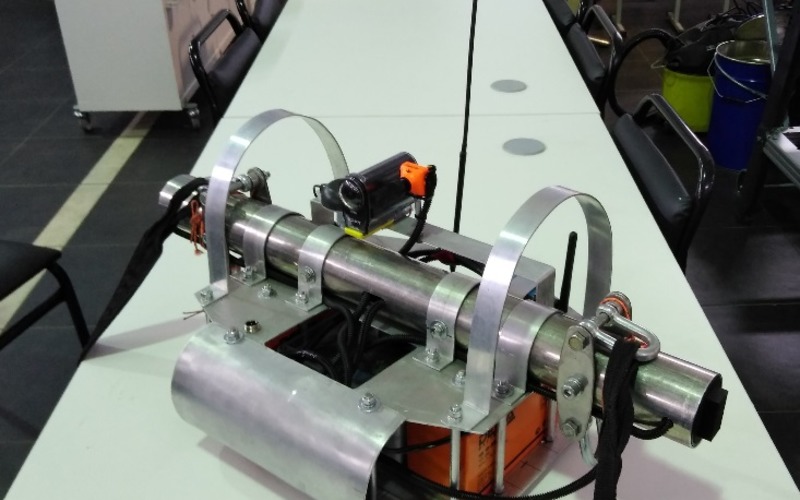 Department 704 "Information and control systems of aircraft" of the Moscow aviation Institute is preparing to present its new invention at the international military-technical forum "Army-2020"— a prototype module for automatic control of a gliding parachute. Using the module will allow to deliver loads of various purposes to the specified points with probable error of about 50 m.

Work on the project has been carried out since 2016, mainly by the employees of the Department 704. The core of the team was the MAI Vice-rector for Academic Affairs, associate Professor Dmitry Kozorez, associate Professor Andrey Voiskovsky, the leading engineer of the Department 704 Ilya Postoyev and senior teacher of the Department 101 "Design and certification of aviation equipment" of the Institute No. 1 "Aviation technology" Yuri Shved. Initially, funds were allocated for the project from a Russian Foundation for basic research grant, and then its development was continued on the initiative of the developers. Today they have already build the second prototype.

— Our system is designed for the highly precision controlled delivery of cargo via using airfoil parachutes, — said Ilya Postoyev. — When dropped from the height of 7000 meters, such parachutes continue to move horizontally for about 50 km. The system brings the parachute to a set point, receiving navigation information using a GNSS receiver, barometric altimeter, accelerometers, angular velocity sensors and magnetic compasses.

There are many variants of possible use of the invention: from providing for the needs of the military and EMERCOM to delivering mail to hard-to-reach areas and servicing expeditions. In future, we plan to deliver cargo up to a ton of weight. There would be no need to land the aircraft and there would be the ability to send cargo to several points at a time and will allow to save money on fuel significantly.

Similar inventions are available abroad, though they are only used for military purposes. Currently in Russia, there are systems that are not intended for high-precision delivery, but only to ensure the safety of cargo landing.